time for a new digital camera

I'm a photo-bug of sorts, so I now have to get another cam.

Being that I like to reuse stuff I have whenever possible (and who doesn't?), my choices for cams are FujiFilm and Olympus. Why those two? Because I have an xD Picture card and card reader. Only the Fuji's and Olympus' can read those as far as I know.

Before I say what my choice of cam is going to be, I've figured out a few things along the way concerning digital cams.

If it doesn't run on AA's, I want nothing to do with it. Cams that run on special batteries you can't buy in a store are stupid. It's AA's or nuttin' for me.

Olympus and Fuji both have super-easy menus. I appreciate this. This means that point-and-shoot truly means point-and-shoot, not "hit a button, select a menu, scroll down, select your shooting mode, shoot."

I like shooting via the LCD screen. My first digital cam had a 1.8-inch screen size. Too small. The one I just busted had a 2.5-inch screen. Big difference (literally).

Only on extremely rare occasions have I ever found the need to bring the camera to my face, look thru the viewer and take shots that way. So I don't need it. LCD screen is for me.

The SP-320 had a ton of stuff in it that I never used. I bought it specifically because I wanted manual focus, but I never used it. In addition to that it gave you total control over every part of the shot. Never used those options either.

The vast majority of the photos you see on this web site are done point-and-shoot style, with the exception of a few that have selectable focus, i.e. a small box on the LCD screen where you can move it to where you want the focus to concentrate on.

The point is that I don't need manual options.

As a side note, some have asked me how I get such good shots with "nanny" digital cameras that do everything for you. The answer is practice and knowing what your camera can shoot and shoot well.

So anyway, the cam I'm going to try to find tomorrow is the FujiFilm A820.

This cam has a really decent price, a ton of megapixels and my favorite shooting mode: "Sport".

Sport mode is the best no-brainer way to shoot photos. You point, the cam focuses really fast, then shoots.

If I'm able to locate this item I'll be sure to snap some pics with it real soon. 🙂

I spent more or less the entire day in Inverness today waiting for the Buick to arrive as it was scheduled to arrive today.

The driver, as he put it, got "hung up" in Mississippi - so it will be arriving tomorrow at Pop's house.

I will not be there to see it arrive.

All of this ticks me off. A lot.

The end result is this:

My job is more important than that car. My boss, God bless him, was gracious enough to let me take this day to see the Buick's safe arrival - only to not have it show up.

I am teeming with anger about this and am borderline furious. What ticks me off the most is that the driver DID NOT NOTIFY me he wouldn't be here today - even though he said he would. Had I not had Pop call the driver, he most likely would have never bothered to tell us he couldn't make it today.

The Buick will (hopefully) arrive in Inverness tomorrow, but I won't be there. I'll be here.

I'll probably go to see her on Saturday.

All righty then. Time for some StreetPilot c580 GPS goodness.

And even if you're not a GPS freak like I am, trust me, this stuff is cool. 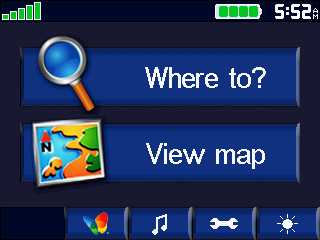 This looks very similar to other "c" series StreetPilots, but now there's the butterfly MSN button and an MP3 button.

And if I had the Bluetooth enabled (which I don't because I don't have a Bluetooth-capable phone), there would also be a Bluetooth icon next to the signal strength bars. 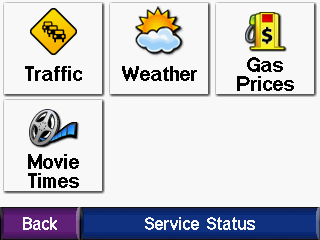 Here we have our MSN Direct choices. 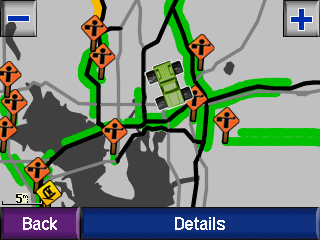 The thick green lines indicate the roads are clear. If they weren't you'd see yellows for moderate traffic and reds for heavy/stopped traffic.

To note: There are lots of other icons besides that, such as alerts for accidents, delays and so on.

Additional note: The truck on screen is one of the configurable vehicle icons. I have a green truck, so.. I used a green truck (duh). 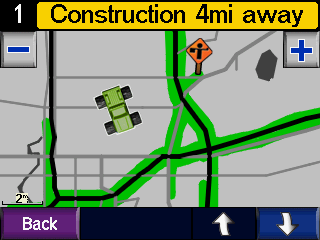 You can use the up/down buttons to scroll thru all the current advisories. 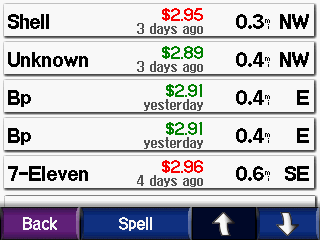 The gas prices update daily. I happened to grab this screen shot early in the morning so the update didn't occur just yet.

You simply tap a gas station button and you'll get directed there. 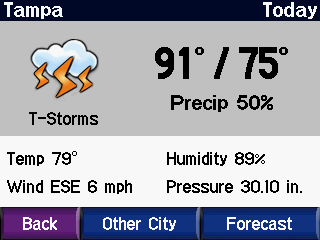 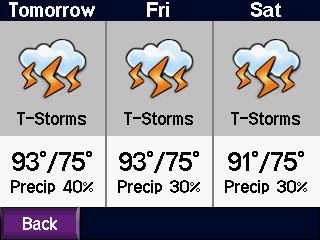 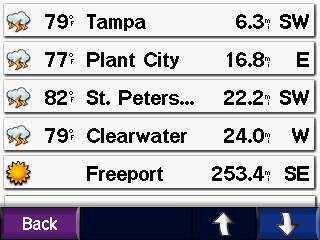 Current weather, 3-day forecast and weather for other regions.

Note: For anywhere you travel to, be it from a search or from Favorites, the c580 will state what the current temperature is.

Additional note: You will be notified of weather advisories. When you first get in your car and turn the unit on (if plugged into the MSN Direct receiver, better known as the power cord) - the c580 will immediately tell you via a notification icon if there is a weather advisory present for wherever you are. 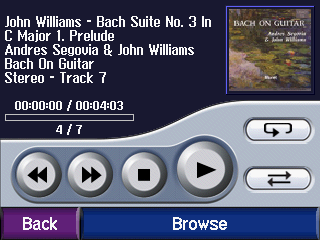 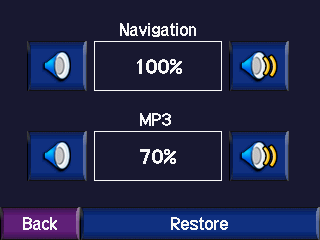 The c580 has an MP3 player. And it has a port to output the audio elsewhere, such as a car stereo. This is located on the back of the unit. 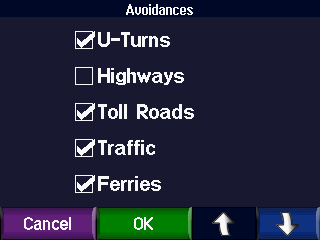 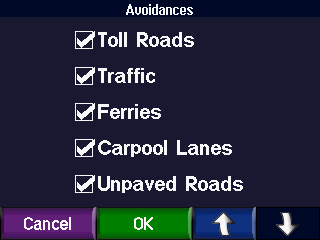 To those out there who use existing "c" series StreetPilots, using the c580 will be very familiar to you. Garmin has kept the layout of the menus and screens consistent with the previous models - and that's good. There's almost no learning curve whatsoever.

The MSN Direct content feels like a natural extension of the unit, rather than something totally different. That's good, too.

Later on I may do up a video on usage and whatnot. Watch for it. 🙂