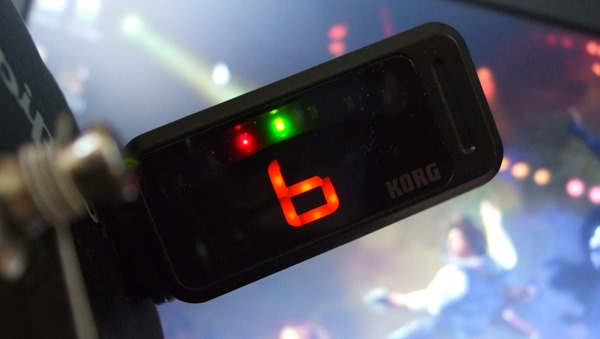 END_OF_DOCUMENT_TOKEN_TO_BE_REPLACED

Most college dorm rooms are really cramped. So cramped that it's sometimes tough to get anything done in them - especially when you want to record a song.

END_OF_DOCUMENT_TOKEN_TO_BE_REPLACED

Avoid a bad guitar recording by turning down the treble

A common mistake a lot of guitar players make who record at home is that in order to make their guitars heard better, they turn up the treble, when the proper course of action should be to turn it down.

In a guitar player's mind, there is only low EQ, high EQ and nothing in the middle. Because of this, the end result is a guitar track that "thuds" and "screeches" at the same time.

A guitar that thuds is a huge no-no. As for screechy guitars, yeah that can work, but only if it's reserved for solo tracks usually.

Three guitars in this song. Two rhythm, one lead.

Both rhythm guitars were mixed with the treble turned down quite a bit.

The lead track, heard at 2:24, is purposely mixed "screechy" so it can be heard better. It also had a delay effect applied to it.

For the last three songs I've posted to my SoundCloud (Dirt, Eye 75 and Follow Me), the rhythm guitars were all dialed back on the treble side. The bass EQ was also turned down for each so the midrange could come through better.

I'm not saying you should make every guitar track "sound like a log" by turning down the treble. However, if the guitar being played is a rhythm track, it's not supposed to be front-and-center but rather blend in with the other instruments (as in drums and bass) being played along with it. A good blend makes for a much better sounding recorded song overall.

My advice for recording at home is always the same: Don't use miked amps . Don't bother with microphones or creating a soundproofed area or anything like that. Just use amp modeling instead.

There are many ways to do amp modeling. Here are two of them, both of which are inexpensive: 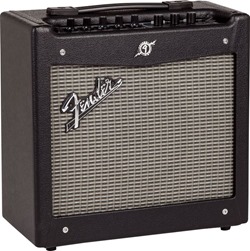 This is a small 1x8 amp with USB out and 18 different amp models built-in, plus a bunch of other effects. Inexpensive, very easy-to-use, very easy to get "that sound" which is good for recording, all without using a single microphone. 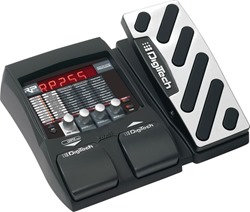 I've mentioned this multi-effects processor many times and will continue to because it is one of the best floor units you'll ever own. A whopping 94 amp modeling settings and it's absolutely loaded with effects you can use. The RP255 may literally be the only pedal you'll ever need both for recording and live.

What does amp modeling do?

Amp models are basically equalization presets combined with digital filters of famous amplifier and cabinet setups of the past, all of which can be modified to get the sound you're looking for.

Basically put, you can simply select an amp model you think sounds cool, and then change the EQ (the RP255 in particular has a 3-band EQ for bass, midrange and treble), knock off some treble and bass and you've got a guitar sound ready-to-record. It doesn't get much easier than that.

Amp modeling is a million times easier than trying a miked amp. Getting the right sound for a miked amp takes a ton of practice and expensive microphones to do it with. Amp modeling on the other hand is cheap, available right now and much, much easier to get "that sound" you're looking for no matter what guitar you own.