7 things I would do if I won the lottery 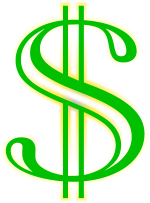 What I would do if I won the lottery is probably not what you would expect.

Before I get into that, a few words about lotto first.

In America, there's just about every type of lottery draw game you can think of. Some jackpots are small, others are large, and then you get the super-large stuff.

What qualifies as large is anything over $1 million dollars. The super-large is when it goes over $10 million.

Some years back, lottery organizations banded together to offer multi-state games, and that's where the super-large games started happening. The two that are recognized the most are Powerball and Mega Millions.

Powerball at the time I write this has a drawing this Saturday of $203 million, and Mega Millions has a draw next Tuesday of $15 million.

There are a few US states that have state-run lotteries in super-large territory, and Florida, the state I live in, is one of them.

Florida first started offering lottery sales in 1988, and the state-run game that commands absolutely insane money is a draw game Florida Lotto. That game paid out its first $100+ million prize in 1990. Total prize was $106.5 million and there were 6 winners.

This Saturday's drawing at the time I write this is for $44 million.

How bad does one get screwed winning the jackpot in Florida?

Before listing off what I'd do if I won the Florida Lotto jackpot, here's a few interesting things about what you actually keep as a winner.

Let's say I play for Saturday's drawing and win the $44 million.

Do I get the entire $44 million? Nope. Not even close.

First, I would opt for the cash option, which most people call a lump sum. You get a huge whack right there off of what you win.

After that, there's a 25% federal withholding that is automatically taken out.

And after that, there's 14.6% left in federal income tax to pay on those winnings. And no, it does not fall under capital gains, so you have to pay the full monty.

Why 14.6%? Because the highest possible federal income tax rate is 39.6%. Take 39.6, subtract 25 and you have 14.6. And yeah, it is required to hire a tax attorney to figure all this crap out. But fortunately, Florida currently has no state income tax, so there's no more tax after that.

In the end, after the cash option whack and the federal tax whack, the winner keeps about 34% of the original prize money. That means from the original $44 million, you end up with roughly $15 million.

Granted, $15 million is a ton of money and obviously is a set-for-life figure. But still, to start at $44M and end up with under $15M... yeah. Talk about getting screwed.

Here are the 7 things I'd do with my winnings.

It's a sad and very weird state of affairs when an insurance policy is actually worth more and is more acceptable than real cash, but that's the way the modern world works.

From health to dental to vision to auto to homeowner's and everything in between, having expensive "covers everything" insurance policies not only protects and insures but also allows me to buy more than I could with straight cash.

Small example: These days, when you go to any vision place, they expect you to pay using nothing but insurance. When you pay on plastic, they give you a funny look as if you're a man from Mars. And if you dare pay in straight cash, they really give you a funny look, as if to say, "What are those green pieces of paper with numbers on them? That's what... cash? What's cash? I don't know if we can accept that.."

When people dream about winning the lottery, sometimes the thought of buying fancy cars comes to mind.

I may buy a few fancy cars, but the first car on the list is the Jetta. Yes, the Jetta is a boxy, plain-jane car that obviously wouldn't get me laid. But it's a sedan that's comfortable, designed well, isn't a high target for theft, gets good gas mileage and has a real, usable trunk.

See, here's the thing. As a millionaire, I still have to drive and get around because I'm not about to take a limo everywhere when I can just get in a car and drive somewhere myself. That, and going to the supermarket in a limo is pretty stupid. I'm not about to take a $60,000+ BMW to the Publix parking lot where it's sure to get door-dinged and probably keyed by someone. Better to just get a Jetta and blend in.

If you know vintage Fender electrics at all, you know that's actually quite a bargain for a real-deal mint condition 1960's Fender electric guitar. The reason they're so "cheap" is because most guitar guys don't like Jazzmasters.

I would probably also buy a vintage 1960's Fender amplifier to go along with it, just to "have the set," so to speak.

Do I need the guitar? Nope. It's like I said, it's something I would only buy as a millionaire just because I had the cash to spend.

A snowbird is a Florida resident who only lives in Florida during the winter months, while during warmer months lives elsewhere in America.

For me, I'd own two houses. One here in Florida and the other somewhere in southern New England. Probably Rhode Island either in or near the town of Narragansett, which is without question a snowbird town. I'd fit right in.

I would keep my primary residence in Florida, but I figure that I'd be in RI from May until November, then be in FL from December until April. Five months FL, seven months RI. I wouldn't set that in stone, but that would be the basic idea.

This is where I'd really pile the miles on the Jetta.

I like photography, and I would buy some seriously good camera equipment. As for what I'd do with that equipment, I would travel all across America taking photos everywhere I could in the most scenic areas.

An example of this is the Blue Ridge Parkway. I've never been there and one day want to go. When I do, I want some seriously good camera gear along for the ride.

Another thing I'd like to do is a Route 66 run. Lots of stuff to see, and I'd take full advantage of it.

Every state in America has something worth seeing, and I would like to try to photograph it all. It would take years to do, but I'd obviously have the time.

Companies like JetSuite do this. I would never own the jet because that's stupid, considering I don't know how to fly or even where the park the thing. But as a millionaire I'd like to hire a jet to go somewhere at least once so I could have the experience.

As for where I'd fly to, I've no idea. Somewhere fun. Find a girl, take her on a date, then just ask all nonchalant-like, "Would you like to take the private jet?" Yeah, I'm pretty sure that would get me laid. That makes up for the Jetta not getting me laid. 🙂

The top 3 on my list to visit first are Canada, Tasmania (yes, I know Tasmania is technically a state and not a country) and New Zealand. After that comes Australia, England, Scotland and Ireland.

Do I want to visit anywhere else? Not really, being I only speak English.

What would I do in those countries? Same thing I do in America. Go on photo runs.

I have been invited to other countries by fans of mine. The only reason I don't take them up on their offers is because I can't afford the trip. But as a millionaire, then I could afford it.

Ruth Eckerd Hall in Clearwater is the place I'd go to do this. I could put the word out that I'd need a few musicians, put together a show and just outright rent the place. I've been to that hall a few times, and it's a classy house that I'd love to perform in.

It's probably true that any concert I perform there would make no money, and that's fine. I'd just like the experience of being able to play there, even if I had to pay for the whole venue myself.

My favorite concerts I've attended have always been the kind that are in places like REH. It is a traditional hall where the acoustics are incredible and there's pretty much not a bad seat in the house.

REH has 2,180 seats total. That's big, but not gigantic. And I don't want gigantic. Even with 2,000+ seating, you get a good sense of intimacy when seeing shows at REH. That hall was definitely designed right, and that's why I'd love to play there.