Are cheap microphones any good? 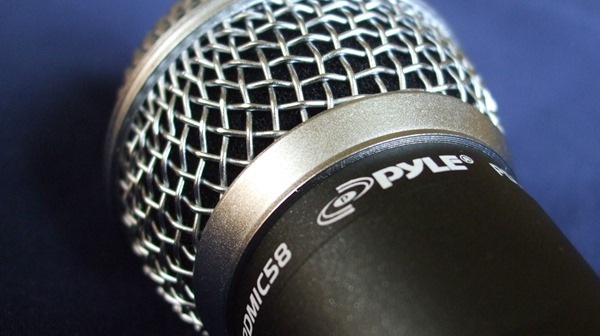 I just recently bought a microphone because the one I have is old (probably at least 15 years old) and never really sounded that good. So I decided to buy a SM58 clone of sorts, the Pyle PDMIC58.

The PDMIC58 is a really cheap microphone, but the reviews for it say it's good for what it is. Is it? Yes. It gets the job done.

Can you get a good recording out of a cheap microphone? When you know how to use them, yes you can.

I don't use microphones often. In fact, I almost never use them. But there are a few tricks I know to get a good recorded sound out of even the cheapest of microphones.

Unidirectional means the microphone only picks up sound from one direction, that being directly in front of the mic screen.

Omnidirectional means the microphone can pick up sound from in front and around it.

The general rule of thumb is to use unidirectional so the mic doesn't pick up extraneous noises surrounding it.

Arguably, the two most popular microphones of all time (if you want the spend the money on them,) is the Shure SM57 and SM58 models. Both are unidirectional. The SM57 is the more rugged of the two and can take a serious beating. The SM58 has a more standard shape and can fit a mic sock easier.

Do you need Shure microphones? No. You can get away with a cheap mic as long as you know the right type to get, which is unidirectional.

Oh, and speaking of mic socks...

Sock it to me

Some people use these crazy windscreen getups when in reality all they needed was a good mic sock.

An external screen on a gooseneck mount is nice and all that, but not convenient because it's required that the mic is on a stand to make that work. The ultimate hit-record-and-just-do-it setup is a mic with a sock on it. No stand required.

Mic socks aren't just for vocals, by the way. If you're miking an amp that sounds good to your ears but has too much treble going through the mic, throw a sock on. It will cut out some of the treble just enough to where it sounds right. Yes, this really works.

The standard way to record a guitar amp speaker is to point the microphone at the speaker ring and not the center of the cone; you do this because otherwise you get a very "midrangey" recorded sound with no bass to it. But even when pointed at the ring, the recorded sound may not have enough "oomph" to it, so to speak.

An old recording trick that makes any amp sound "bigger" or "fuller" or however you want to say it is to use a second mic pointed off-axis at the rear of the cabinet. You take a mic on a stand, raise it, point it down at an angle towards the back of the amp, and the end result is you're miking the bass boom of the speaker box. Have the front mic at something like 75% on the mixer and the rear mic at 25%, and it makes a world of difference.

Take two omnidirectional microphones and put them way high in the air on stands pointing down at either side of the acoustic drum kit. Doing this will capture the natural sounds the acoustic kit makes, and for lack of a better way of putting it, "makes the drums sound more real." You use those two omni mics along with the uni mics already on the kit, as the omnis are just used to capture the overall ambient kit sound and fed in at low volume through the mixer.

I call this way of miking a kit the "John Bonham" recording method, because when you record an acoustic kit that way in a room with some natural reverb to it, it'll sound like Led Zeppelin drums - especially if you play a beat like John did.

If recording in a room where the natural reverberation coming off the walls sounds nice, take an omni mic and hang it somewhere in the room, such as off a rafter. Record live in the room and see how it sounds. It might sound really good.

Another way of doing it is to hang the mic off a stand where it's pointing straight down, and the screen is just a few centimeters from the floor. What you're doing is capturing what's being bounced off the floor, which sometimes captures ambient sound very nicely. Only works on hardwood floors however. No carpet, no concrete.

This is the one thing where I will not go cheap where microphones are concerned.

In the past, I've tried to get away with using 1/4-inch microphone cables. Whether it's a direct-to-1/4-inch or XLR-to-1/4-inch, whenever I've tried it, it just sounds awful no matter how much processing I put through it, pre or post or both.

The standard 3-pin male-to-female XLR mated to a mic has the most balanced sound, no question about it. If you asked me how or why it sounds more balanced, I couldn't tell you because I can't put it into words. All I know is that it makes a microphone sound the way it's supposed to.

Fortunately, my Zoom R8 has inputs that are dual-purpose and can accept 1/4-inch or XLR. For the mic, I obviously use XLR. And fortunately, even itty-bitty mixer boards like the Behringer 502 has an XLR input on it specifically for microphone use.

Have I ever tried XLR-to-USB? No, because I've never had a need for it. There are a lot of ways you can do it, but I have absolutely no idea what type of XLR-to-USB works best. If I were going to give it a go personally, I'd let a USB mixer do the job. My Zoom R8 could act as such a mixer, as could a little Behringer 302USB. Maybe that's a bit of overkill, but in my experience there's a lot less lag/latency to deal with when you use a USB-specific mixer that has a proper USB software driver for PC or laptop use.

Most karaoke mics have permanent-mount 1/4-inch cable, which is bad. And for the ones that are real-deal XLR, the response from them isn't that good. A bit on the "flat" side.

There's really no reason to use a karaoke mic to record with when proper XLR microphones can be had for so cheap.

Yeah, there are karaoke mics that are ridiculously cheap, as in 5 bucks cheap. Not worth it just to save a buck. Spend a little extra for a proper XLR mic.

How many mics do you need?

I only need one for vocal stuff because I don't mike amps.

If you mike amps, I suggest getting at least two so you can try that front-ring/rear-off-axis mic method I mentioned above.

If you mike an acoustic drum kit, well, you're going to need more than two. Personally, I've miked acoustic kits in the past using only 3 microphones. One in front at about knee level, one behind the drummer at shoulder level pointed down towards the hi-hat, and the other off to the side at waist level for the other side of the kit. This works for smaller drum sets. But for the big kits, yeah you need a bunch of mics and there's really no way around that.

How cheap can you go?

If the mic is unidirectional, XLR-connected on both ends of the cable and has good reviews on Amazon, go for it.

It's probably true all you're trying to do is get a mic that can capture voice and your amp properly. Two mics like the one I bought at top will get the job done, and for under 25 bucks.