All atomic watches are saved... for now 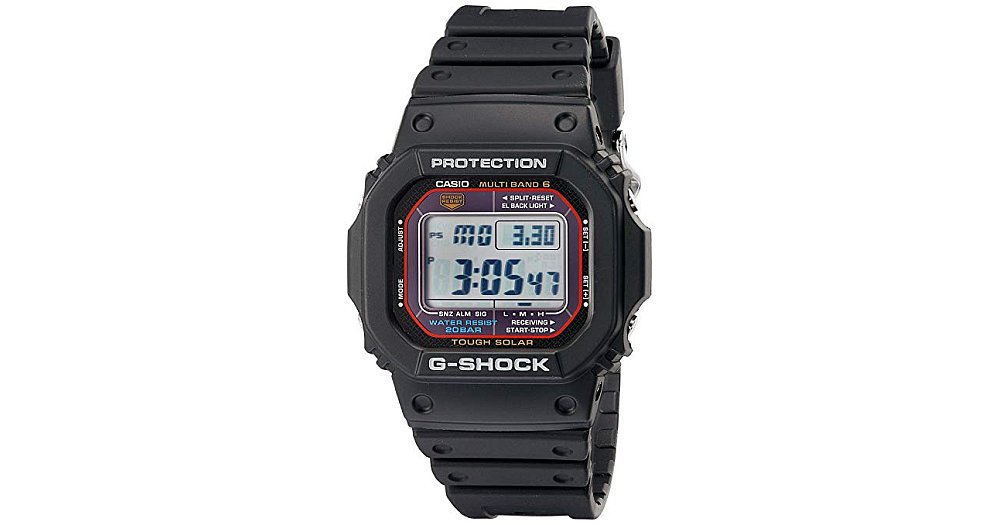 There will come a time when buying a watch with atomic time sync functionality will be completely pointless.

A watch I've had my eye on for some time now is the Casio G-SHOCK GWM5610 seen above. My main reason for wanting it is because it synchronizes to the atomic clock once a day. What that does is not only make the watch ridiculously accurate to within a fraction of a second since it updates every night, but it also automatically recognizes DST. Also, once it starts synchronizing, you never have to set it. Every night, both the time and date are set...

...but it almost happened to where every single clock that syncs with the atomic time station in the US went obsolete overnight.

Back in 2018, President Trump proposed some 2019 funding cuts to the NIST which involved shutting down shortwave (a.k.a. HF) radio station WWV in Colorado. That is the station wristwatches with atomic time sync use in the USA mainland.

Miraculously - and don't ask me how because I don't know - the the 2019 fiscal budget for the NIST was somehow worked out in a way that keeps WWV in operation - for now.

I say "for now" because there will come a point when WWV goes off the air. It's not a matter of if it will occur but when.

This being true, I'm going to talk about what will happen when WWV is shut down.

As ancient as tech gets

WWV is old. Really old. It dates back to 1919 but didn't start doing time broadcasts until 1945, which literally means it's been broadcasting time since the end of World War II.

WWV is so friggin' old that it's the world's longest running continuously broadcasting radio station, and will be celebrating its centennial on October 1, 2019. Yes, that means a century in operation. When I said WWV was really old, I wasn't kidding.

Utility companies use it for electric grid sync, meteorologists track weather systems with it, broadcasters use it, and medical institutions use it.

Hobbyists who use WWV are watch nerds with wristwatches that have an atomic sync function, and ham radio guys.

Do smartphones use WWV? Nope. Smartphones sync time using everything but WWV. GPS time sync, internet time server sync (also synchronized via GPS), NITZ (Network Identity and Time Zone), internal software (depending on who made the phone) and probably several other ways I'm not even aware of - but not WWV.

What to do with existing watches that have atomic sync?

Sell them. All of them. I don't own any personally, but if I did, I would sell them off because of the uncertain future of WWV.

What options are there if there is no WWV?

Option 1: Manual sync with your phone 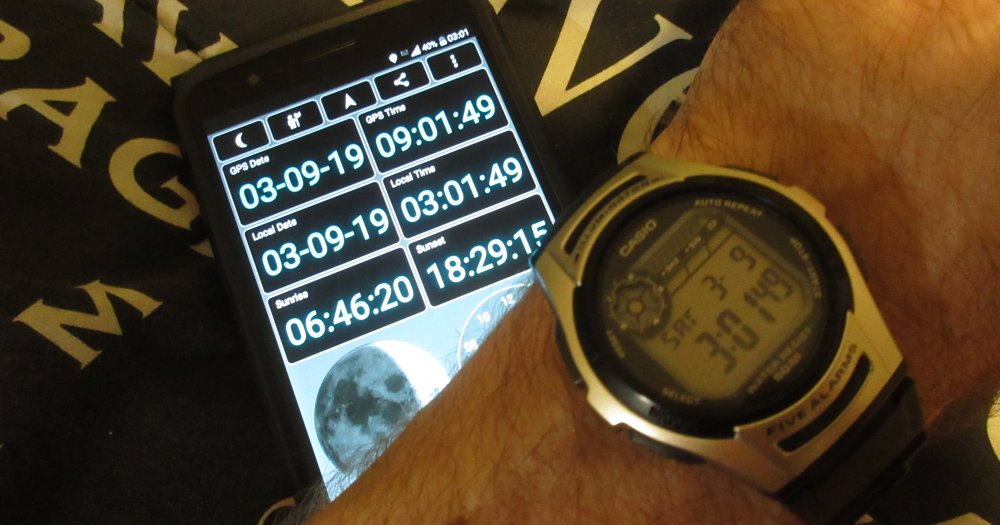 I use the Android app GPS Test Plus on my phone to get the time and use that to manually sync the time on my quartz watch whenever necessary, which is not often.

The Plus version adds on basic GPS navigation, similar to a handheld trail unit like the Garmin eTrex where you can save waypoints and such. 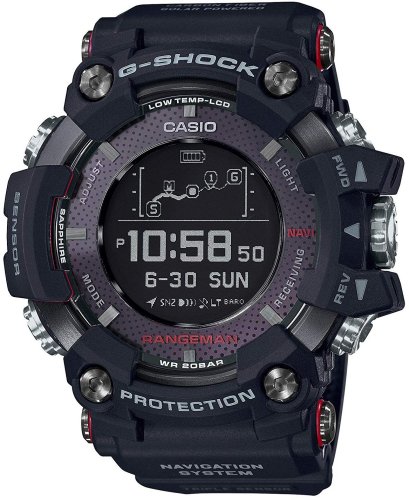 Above is arguably one of best survivalist/prepper wristwatches in existence, the G-SHOCK Master of G GPRB1000 Rangeman. This thing has a ridiculous amount of features. GPS reception and navigation, solar, Bluetooth for connecting to a smartphone, activity log tracking, digital compass, barometer, altimeter, thermometer, and of course legendary G-SHOCK toughness.

This is the watch guys take out into snowy mountain terrain, deep woods, jungle, desert or any other extreme environment and must have a watch that handle extreme conditions and always work. This watch can.

It's huge and heavy. But it does everything.

Alternatively, there is the not-as-extreme but still ridiculously tough G-SHOCK GRAVITYMASTER with an analog style face and GPS.

Don't expect any of these to be cheap, because none of them are. 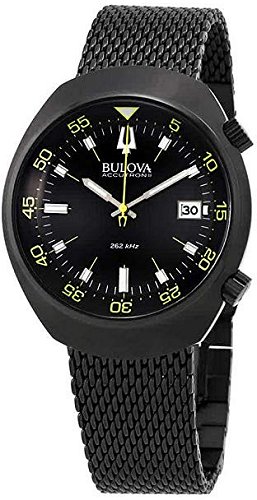 This syncs to nothing - and it doesn't have to. The Accutron tech in this watch is far more accurate than regular quartz. The only time you ever have to adjust this watch is for DST. Otherwise, this thing barely loses time, to the point of being accurate to within a few seconds per year. Not a typo. That is how accurate this thing is.

If you just want to skip the bother of time synchronization altogether and just want something that is ridiculously accurate on its own without the need to sync once set, you want the surprisingly affordable Accutron II. Be sure to note the 5-star rating on that link for this watch and read the reviews for it.

Oh, and yes, Accutron watches are known for their perfectly smooth second hand sweep. It's mesmerizing when you look at it.

Option 4: Don't sync at all and use a Casio digital quartz watch 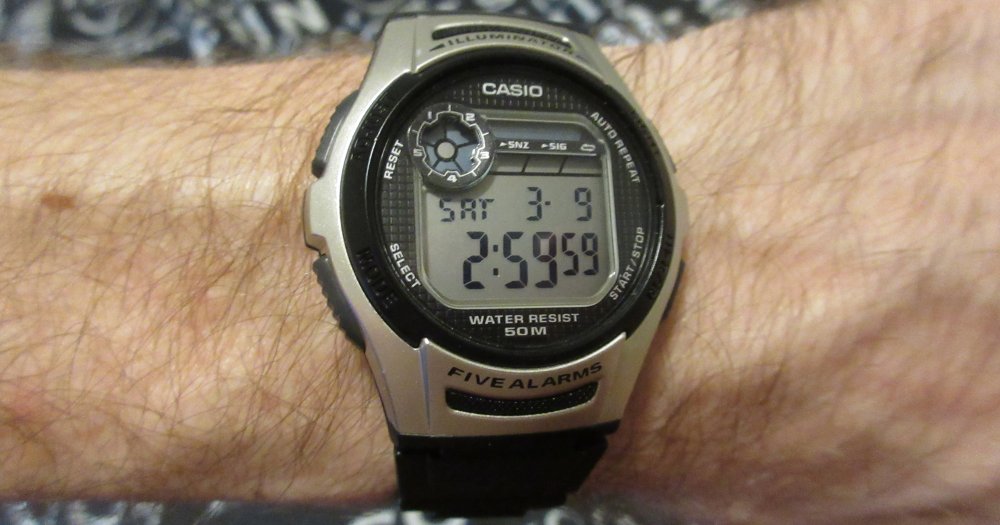 Above is my Casio W213. At the time I write this, the watch sells new for under $16. It shows time, weekday, month and day on the main screen, has 5 alarms, stopwatch, dual time and countdown timer with auto-repeat. You get a lot of watch for the money with one of these.

Concerning accuracy, this watch will lose half-a-second to one second per day, which translates to being 15 to 30 seconds off per month.

If I did not bother synchronizing this watch manually, I would only be setting the time twice a year for the Daylight Savings Time changes. A DST time change just happened on March 10, 2019. The next one will be on November 3, 2019. That's a total of 238 days.

Were I to not synchronize the watch for 238 days straight, it would be off by between 2 to 4 minutes. Bear in mind 238 days is almost 8 months. For a timepiece that syncs to absolutely nothing, that's pretty darned good timekeeping.

Best practice to stay on time for stuff

With quartz watches, synchronizing once monthly will ensure you're always within 15 to 30 seconds of the actual time.

Or if you're a real stickler about it, synchronizing once weekly will ensure you're always within 3.5 to 7 seconds of the actual time.

If for whatever reason you need better timekeeping, continue to use a watch with atomic sync for as long as it's available, or just get an Accutron II as noted above.