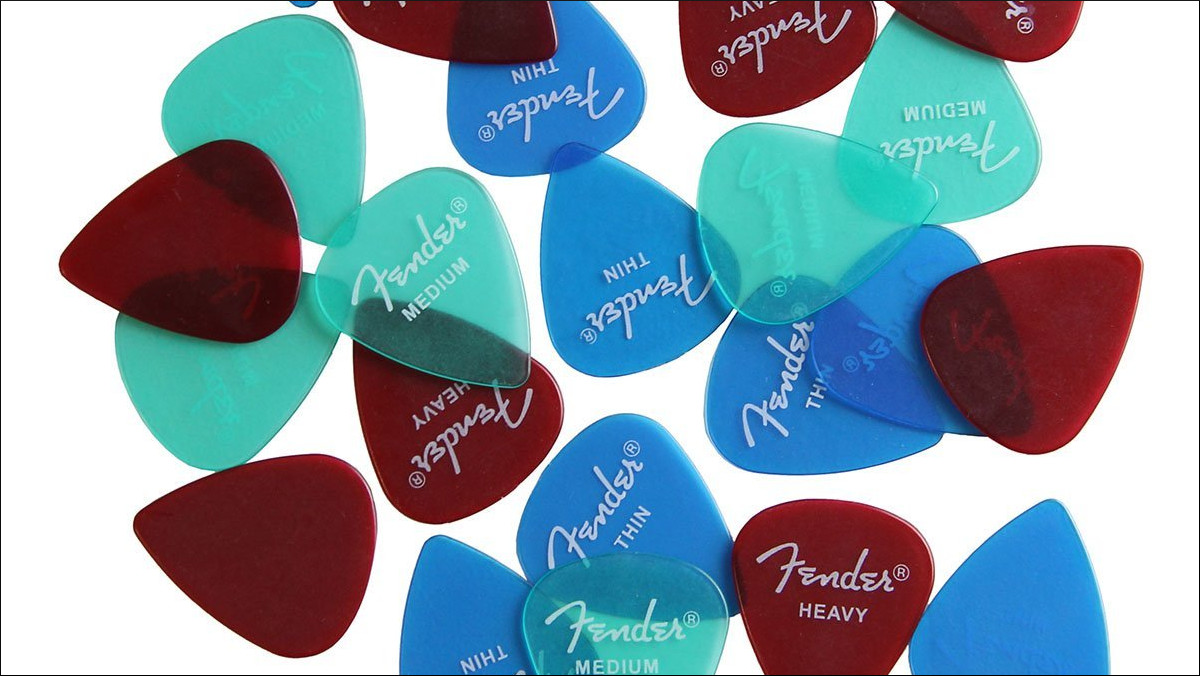 I've used many guitar picks over the years, and here are the ones that proved to be the best.

First is the current pick I use the most, Fender California Clear in medium thickness. This pick has an amazing strike to it and has the most attack out of any pick I've used to date. Not only do I get more resonance out of each strike, but acoustically this pick is loud. And that's a good thing.

Second is a pick many other players know, the Dunlop Tortex in .88 size. I have both the green and pitch black version. This pick has the best "memory", which is to say it wears the same way every time. I've found the Tortex to be very predictable. To see the wear on the pick better, it's advisable to not use the pitch black versions just so you can view the pick tip more easily.

Third is also a pick many players know, the Fender 351 in medium thickness. These things wear down easily, but there's just something that makes you keep using them over and over. I have noticed that the thickness and texture is different between colors. Slight difference, but noticeable. My preference is the "Ocean Turquoise" version.

Fourth is a pick many players have never tried, the Gibson Standard in heavy thickness. What makes these things great to use is that they are just slightly smaller and slightly rounder than a Fender 351. For some, the 351 is just a tiny bit too wide. When you want something just a little bit smaller but only a little bit, that's what makes the Gibson Standard so great. In my experience, I've also noticed the Gibson pick has much better memory than the Fender pick does and lasts a lot longer (at least for the Heavy thickness).

What are the worst guitar picks I've used?

There are 3 that come to mind that I absolutely will not use.

First is the Fender Steel Pick. Now I will totally admit that it looks cool. It really does. But the problem with it along with any other pick made of metal is that it acts as a fret when you play. Lots of squeaking noises. It's also a total string-wrecker. While true the pick never wears out, it will develop little chip marks over time that literally cut the unwound strings.

Second is the Dunlop Gator Grip. A lot of guitar players love this pick because of its super-grippy "delrex" material. The Tortex has "delrin", but when you want as-grippy-as-possible, delrex is it. You can sweat buckets on that pick and it will never slip out of your fingers. That's a really nice feature, but the delrex material irritates my thumb something awful to the point of being sore after just a few minutes of play; that's why I can't stand the thing.

Third is any pick with 1 or more holes in it, such as Clayton HexPicks. There's a hexagonal hole through the center of every one of those. Some love these things. I can't stand them. I like my picks to be one solid piece.