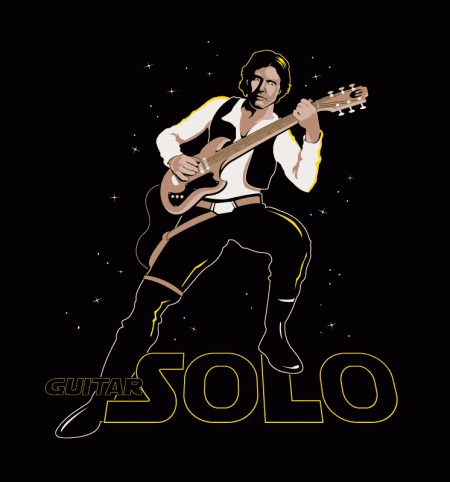 This is a quickie but a goodie.

I'm not a guy who ordinarily likes shirts with anything printed on them, but I do like the Han Guitar Solo t-shirt.

Why do I like this shirt? Because most shirts that have anything to do with the guitar just plain suck.

The Solo shirt is one of the very few that does not suck. I think it's cool, because it is.

[Edit: Sorry, but the shirt isn't available anymore. However, there are thankfully plenty of other cool Star Wars tees to check out.]