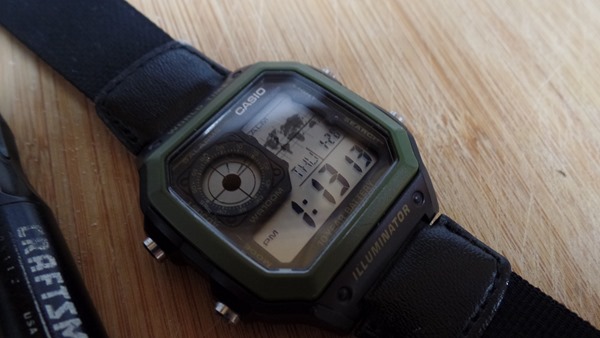 This hack/mod makes the Casio AE1200 watch much easier to get along with.

Yeah, another watch article. But you'll like this one, trust me. 🙂

I own a pair of Casio AE1200 watches. One which is all scratched up and definitely used, and the other sitting neatly in its box that has never been used.

A joke name for this watch is the "Casio Royale", named after the James Bond film Casino Royale. I don't know exactly why fans of this watch named it that, but they did.

Whether you get the watch with a steel bracelet, resin strap or nylon strap such as mine is, they all have the same face and look like this: 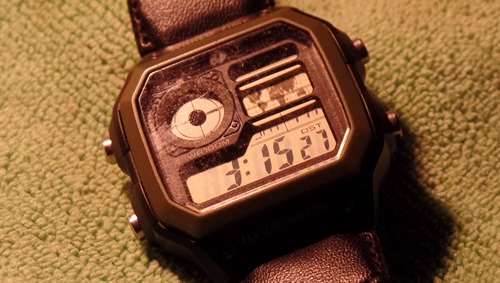 Yes, the face on mine is really scratched up as I said above. Fortunately, the scratches are only seen when you reflect light off it from a specific angle as I did in the photo. More importantly however is the middle-to-upper right side of the face. Those two stupid thin ladder bars and how they cast large shadows on the LCD are nasty. What a stupid design decision it was to do that. You would not believe how much these things get in the way when trying to read the date or the function indicators at top right.

Thankfully, the AE1200 is easy to take apart. Four little screws, take off the back plate, a little squeeze on the inner mechanism and the whole thing just pops right out: 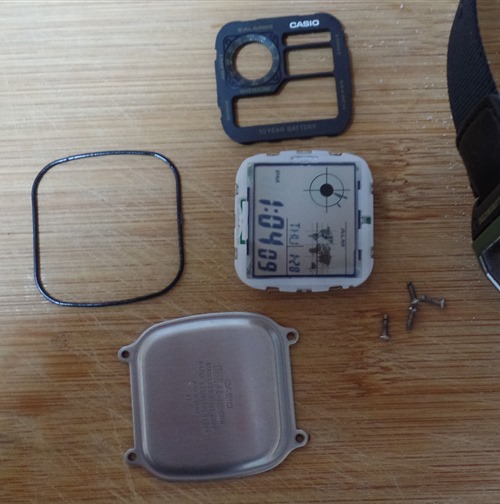 I've got to hand it to Casio here, the AE1200 was designed well, as this thing is stupidly easy to take apart and service if necessary. It also allows for really easy modding.

All it takes to remove the bars is just to put the front plate face-down, then cut the bars with an Xacto knife: 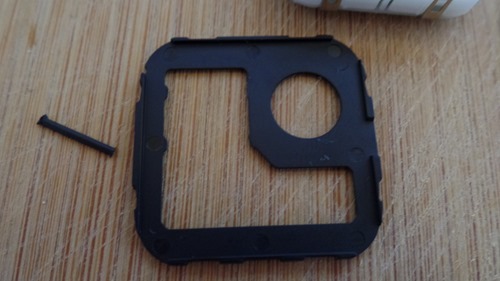 After that, just put it back together and ta-da, done: 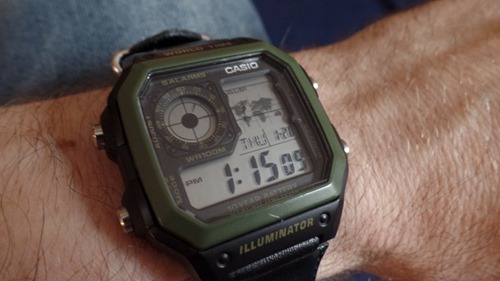 I said at the beginning that this makes the watch much easier to get along with, and I meant that. Without those stupid ladder bars, I can now see the weekday/month/day and top indicators much easier since they're small to begin with.

I've seen other mods of this watch where the "WORLD TIME" and "ILLUMINATOR" outer case text is removed, and some will even go so far as to remove "5 ALARMS" and "10 YEAR BATTERY" from the inner face as well using Goo Gone cleaner and some good ol' scraping. Will I remove that text? Maybe. I'll have to give it some thought.

Something that surprises me is how much more expensive the watch looks with those bars gone. It almost looks like an older ritzy Seiko digital.

As you can probably tell, I'm really happy with this mod. Very simple, very easy, took under 10 minutes to do, improves the readability of the face, looks great. It pretty much doesn't get any better than that.