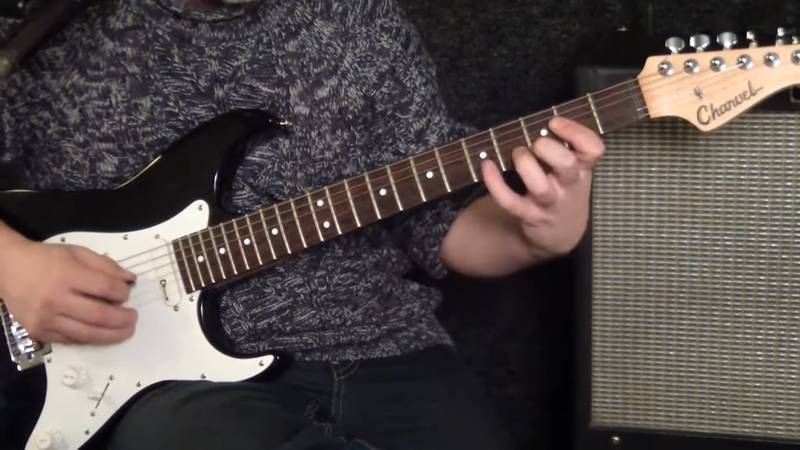 Early '90s HSS Strat style goodness for cheap, and it was made in Japan.

The Charvel CX290 is a guitar that existed from 1992 to 1995. The body is basswood, and yes the pickups in most of them are Jackson branded, so if you see a Jackson logo on the pickup covers, that does not mean the pickups were swapped out. The exact pickups used in most were the Jackson J-55 humbucker and two Jackson J-110 single-coils.

CX290 is a fast player with a super-flat 15-inch radius fingerboard, and being this is an early '90s guitar, the fingerboard material is real rosewood.

The electronics are simple. 5-way selector with no push/pull anything, with output jack on the side.

For some, this is a fantastic "mild Super Strat". You've got the 25.5" scale length with a bolt-on neck with flat fingerboard, and very easy traditional style bridge/tremolo system. Also note that you only get 2 knobs for volume and tone. The volume knob has been thoughtfully placed, as it is lower and away from the bridge side pickup compared to a Fender or Squier Strat.

Some CX290 guitars can be found with "no-holes" pickup covers, which just look cool. But the ones with the exposed poles also look great, especially now with the aged plastics that have darkened over time to a nice darker cream color.

How's the tone? Think of it as Strat-like with some boost from the humbucker. On the single-coil-only positions, yes the Strat "quack" is there. On the humbucker, it rocks out like it's supposed to. No surprises here.

Does the volume do the drop-off-a-cliff thing when switching from humbucker to single-coil? Unknown, but it's safe to assume that's a yes, as this is well before the days of balanced volume outputs on guitars with HSS electronics.

The CX290 is a great buy for cheap money.

If you don't feel like dealing with an old guitar, the modern equivalent of this is the Yamaha Pacifica.