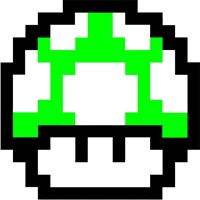 If you ever wanted to know what kind of musician puts forth the most effort and gets the least results, the chiptune musician is it.

A chiptune is when some idiot purposely creates synthesized music on an 8-bit sound chip, but not just any sound chip. He will use the crappy sound chip in an 8-bit gaming console, namely the Nintendo Entertainment System or a Nintendo Game Boy.

I can understand it when someone wants to make electronic music that involves a bit of tinkering and hardware hacking to do it. But why they would choose an NES or a Game Boy for that instead of, say, a littleBits synth kit is beyond me. True synths always sound better.

Seriously, a MicroBrute sounds so much better than that craptastic NES chip:

When you want that real-deal, fat-ass synth sound, you get a proper analog synth to do it with, and not the ridiculously wimpy NES.

Another thing about the chiptune sound whether it's from an NES or Commodore 64 SID or whatever it used is that what's heard just isn't pleasant, and there is no way to make it pleasant.

With analog synth, you can get the sound to be "warm" or "soft" or whatever you choose to call it. But that cannot be done on an 8-bit chip. If you say it can, I tell you you're wrong because you are. I've heard many attempts to make 8-bit chips get a warmer/softer sound, and... no. Just doesn't work.

Chiptune music started as an underground thing and stayed there, thankfully. It's just a bad sound made on crappy equipment. Hopefully anyone who does chiptune music now will eventually grow out of that crap and get a real synthesizer for a change.