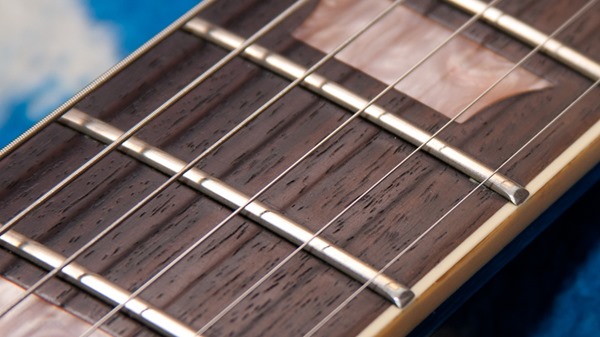 Do rusty, musty and crusty strings lead to a better tone?

Answer: It can, depending on circumstances.

I'm usually pretty good at changing out strings regularly, but there are times when I just don't feel like doing it and the existing strings stay on for a while longer.

There is one thing about old guitar strings that makes them good, and it's this:

Guitar strings, at least of the traditional electric 3-unwound/3-wound variety (which is most of them,) get to a point where they stretch and keep really good tune. When a set of strings gets too old, then sure, they lose tune easily. But sometimes a set that's been on the guitar a while gets that "sweet spot" where you can play for hours and your axe just sings.

Is there a specific type of string that gets the "sweet spot" best when left on the guitar a while?

Yes. It's the string type you probably already use. Nickel-plated steel.

Whether it's D'Addario, Fender, Dunlop, GHS or whatever you use, the nickel-plated steel wears in a way that can really achieve that nice worn-in "mellow" feel. Heck, it even works for metal tones.

HOWEVER... I notice that strings with ball ends are the best kind. An example of a string that doesn't have a ball end is the Fender Super Bullets; they have bullet-shaped ends. I used to use those a lot but they kept going dead too quickly for my playing style. The ball ends just seem to work much better, and I get more choices of string brands to choose from.

"How do I test this for myself?"

Easy enough. Leave a set of strings on your guitar a while and see what happens.

But I have a few tips: