If I were only allowed one emergency watch... 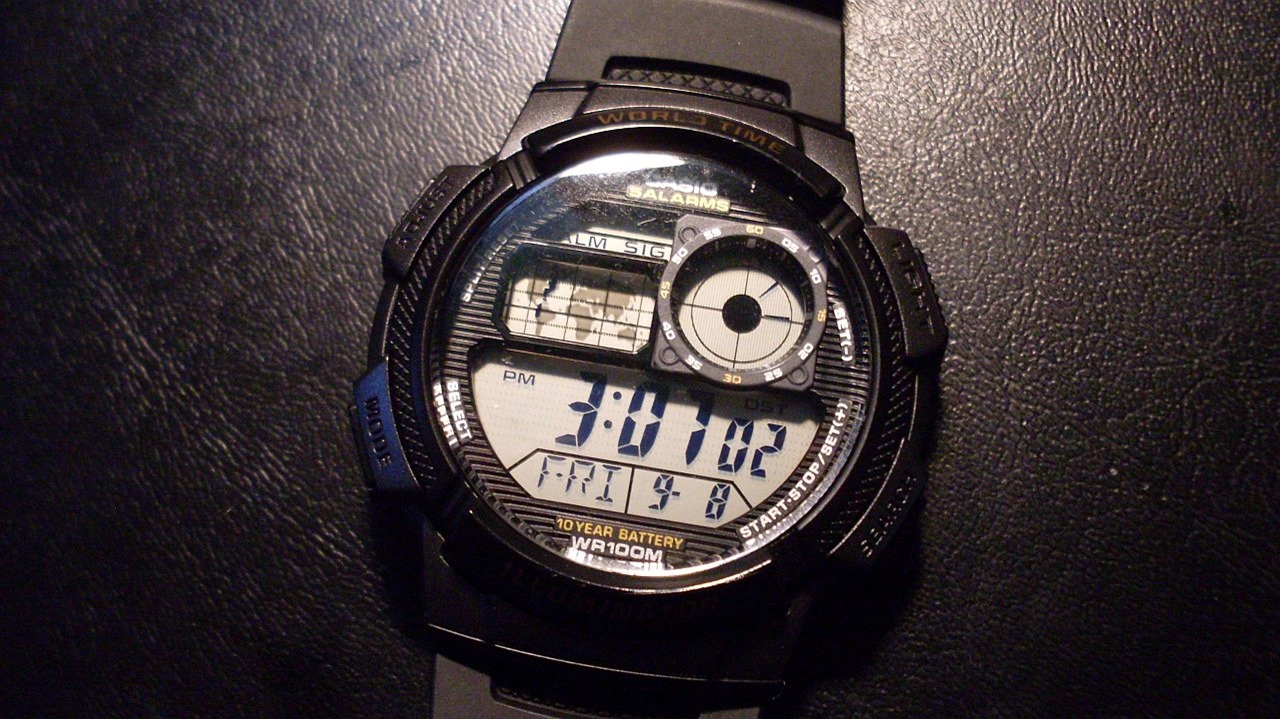 The one watch I would grab in an emergency situation would not be a G-SHOCK...

At the time I write this, it's a couple of days before Hurricane Irma gets here (I live in Tampa Bay Florida,) and right now I have my AE1000W strapped to my wrist. And yes I would sincerely take it over the G-SHOCK DW-9052 I have.

The G-SHOCK is more water resistant and built tougher. It's also more than twice the price of the AE1000W. So why go with the cheaper timepiece?

Practically speaking, the AE1000W is better than the DW-9052 in several ways. It's lighter, thinner, side buttons are easier to use, beep tone is louder, battery life is much longer (by several years,) face is easier to read, and it has 5 alarms instead of just 1.

It's not that the DW-9052 is bad. Not at all. But if I had to choose just one out of the collection of Casio digitals I have and leave the rest behind, all of the AE1000W's advantages over the G-SHOCK make it the one to go with.

Everyone should have a "bug out" watch

"Bug out" is a dopey "prepper" way of saying "emergency." I've watched a few videos made by preppers concerning bug out timepieces, and of course they always go with big, bulky mechanical watches. Usually a field or diver watch.

All mechanical timepieces are horrible choices as a bug out watch for one simple reason. Notoriously inaccurate. Every single mechanical watch gains or loses 15 to 30 seconds daily. That may not sound like much, but it adds up quick. And this is especially true if you can't get to a reliable time source to synchronize your watch at least once a week.

Any Casio digital quartz watch will only gain or lose 1 to 2 seconds daily. Over a month's time, that means the watch will only be off by 30 seconds to 1 minute. And that's a worst case scenario.

I think it's absolutely necessary that everyone have a good, cheap digital quartz watch because if the wireless network is out and the phone doesn't work, you need something that will accurately and reliably tell you what the time and date is.

For me, the Casio AE1000W does the job in fine style. A similar watch with the exact same feature set in a case that's more squared off and a little smaller is the AE1200, which I also own.

Whatever you choose to go with for your bug out watch, get a Casio digital with all the features you want and don't spend a bundle on it. Get what you like and let it be your reliable time and date source. Yes, a Casio digital is good enough to rely on, which I think is the whole point of why it's so good to own one.