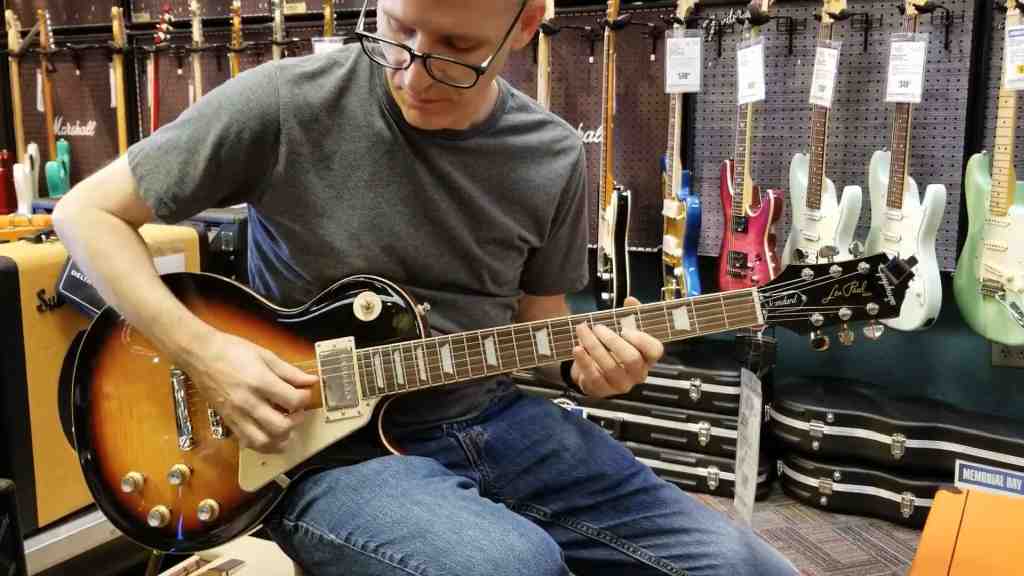 There is a whole lot of wow to this Les Paul.

The price of one put me off slightly at first. But when I played it, that's when I realized other Les Paul style guitars in this price bracket are inferior compared to the Epiphone.

Let's talk about that burst first

For years, Epiphone could not get a burst finish correct. With flat finishes, yes, they were good at that. Gold Top and Wine Red are good examples of decent flat finishes. But the burst was lacking and just did not look right...

...but this does. The burst on the '60s LP Standard is, dare I say, scary-close to a nitro look. Yes, it's that good. Epiphone finally figured out how to make a poly finish get that liquid-like look of lacquer.

Is this finish as good as the Epiphone "1959" Les Paul? Yes, it is. The '60s LP Standard bursts have browns instead of reds like on the '59, but still an amazing looker.

What keeps it out of the perfect category?

First, it's heavy. And bear in mind this guitar is billed as a Standard and not a Traditional. Were it a Traditional, I could understand it being heavy because Traditional typically means "no weight relief". But this is a Standard.

Is the guitar boat anchor heavy? No, but it's got some weight to it. Also, it could have been that the one I played just happened to be a heavier one; the guitar felt to be at or a little over 9 pounds.

The second thing is a nitpick. The tuners, while great, are not as good as what's used on the Epiphone 1961 Les Paul SG Standard. To be fair, that SG has godlike tuners on it (I'm not kidding), so it's a hard act to follow. I don't know what tuning machines are being used on that SG but they're insanely good. Again, the tuners on the '60s LP Standard are great, because yes, they are Grover Rotomatics (a fine upgrade for any guitar in general), but staying within the same brand, the SG edges out the LP.

This guitar has a ProBucker 2 neck side and ProBucker 3 bridge side in it, with CTS potentiometers for controls. Epiphone put the good stuff in this Les Paul, and it sings.

In other words, no upgrades are required whatsoever for the electronics. I think it would be nuts for anybody to swap out the pickups in this guitar.

This Les Paul again surprised me because it does have the SlimTaper 60s neck. I typically don't like this neck, but I liked this one. Why? It's a C and not a D shape, and my fret hand liked that. The fret size is also a proper medium jumbo, my favorite type. Not too big, not too small, not too wide.

Some guys complain about Indian Laurel fretboards, which is what this guitar has. I don't know why, because at this point it's been proven to be a good fingerboard material across many guitar brands. The only thing you could possibly complain about is fingerboard appearance. Rosewood has subtle color variations to it that Indian Laurel doesn't - but - as far as the "Does it look '60s?" question is concerned, Epiphone totally got it right. The LP Standard '60s absolutely has that new-vintage look to it and it absolutely works.

As said above, the price put me off at first. But then I consider what else is out there in the Les Paul shape that would match up to this guitar in its price bracket.

When you examine other LP style guitars, that's when you realize, "Oh, I guess this Epiphone really is priced as it should be." Yes.

This LP '60s Standard from Epiphone is a no-compromises Les Paul, and while I am a penny pincher, I have to admit the price is fair for what it is.

I liked this guitar a lot, and again, remember this is coming from somebody who isn't a Les Paul guy.