When the 2010s decade started, some really good things happened with guitars.

On the flip side of that however is the utterly stupid thing known as the extended range guitar, which is absolutely one of the most useless guitars that exists.

Above is one of those useless guitars, an Ibanez RG9. The '9' is in the model name because yeah, it has 9 strings. There are also 8-string guitars (Schecter has a bunch,) and of course the 7-string guitar has been around for a good long while now. In fact, it's been around so long that one can be had new for dirt cheap.

The 7-string, while stupid, is at least usable. But when you go 8-string and above... yeah, that's useless.

"You should listen to [insert some artist I don't care about] here. He plays extended range and sounds awesome."

You think that guy sounds awesome. I don't. Shut up.

"You bash on extended range guitars because you can't play them!"

No... I bash on extended range guitars because they are legitimately stupid things that sound like a fart in a can.

If I wanted an 8-string instrument that actually sounds good, I'd play a mandolin.

No... Just because some artist endorses some brand does not automatically qualify it as "good," but you evidently think it does. 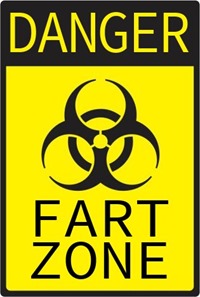 Fart in the key of Fail

There comes a point on a guitar when you tune so low - even lower than a bass guitar - that anything played literally sounds like a fart. A big, long, stuttered fart. And if the sound is distorted, congratulations, you've achieved Distorted Fart Status. Might as well name your band The Flatulence, because that's what your guitar sounds like.

In other words, the extended range guitar is the fart guitar.

The dumbest thing I've read concerning people who defend the fart guitar is, "I like to feel the notes and not hear them." Yes, that is what they really say. That being true, why even bother with the guitar to begin with? Why not just go into an audio editor and create the same noise, because it's not like you can distinguish a note out of it.

"Guitars for people who don't want to admit they play bass"

That's a comment I saw on a YouTube video of someone demoing a 9-string guitar, and it perfectly describes the 8 and 9-string player. Those guys aren't guitar players but rather bass players pretending to be guitar players.

The only 8/9 string players I've seen that even come close to making one of those guitars sound tolerable are those that play it like a bass, meaning little to no overdrive, finger use only, a lot of slap and no pick. Oh, and a ton of processing, because they all sound awful.

Hot tip if you own a fart guitar: Use this bass overdrive. You'll thank me later. Why? Because with that drive pedal, you get the one thing you need the most for the bass strings. DRY signal blend.

Why do 8 and 9-string guitars sound so awful?

Simple answer: They all have the totally wrong pickup type. Every single one of them.

The problem with every single one of those extended range instruments is that the bass strings greatly overpower the treble strings, and because the pickups are one piece all the way through, there is no way to achieve even string balance.

If one were smart about it, the best kind of pickup for one of these guitars would be a SPLIT-COIL. Yes, the same kind seen on the Fender Precision Bass, except made in a taller, skinnier fashion to fit the modern extended range guitar.

With a split-coil, the player could LOWER the bass side of the pickup and RAISE the treble side as much as need be until a proper string balance is achieved.

Look at this nonsense: 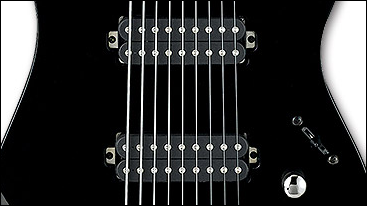 Two screw adjustments per pickup. That's it. The only thing you can do is lean the bass side down and raise the treble side up, but then that kills the bass tone and makes the treble tone too in-your-face.

Were this a split-coil, you could have much better control over the balance for both the bass and treble sides.

But nobody has been able to figure this out yet, much less build one.

Here's another good idea: The bass side of the split-coil could actually be voiced for bass use, and the treble side for more midrange/treble frequencies. But nobody has thought of doing that either.

The first half of the split-coil would cover the 1, 2, 3 and 4 strings. The second half covers the 5, 6, 7, 8 (and 9 if present.) Each half of the split has its own height and lean adjustment. This would make perfect sense on the extended range guitar to get the best possible sound out of it. But that's not what you get. Instead, you get this big, long, worthless pickup that can never be adjusted to have proper balance across all strings because the adjustments you need don't exist on it.

The only possible way to get a pickup that isn't split on an extended range guitar to sound right is if every single pole piece was adjustable, like on a P90 pickup where every pole can be raised or lowered with a flathead screwdriver. At least then you could lower the bass side poles so they wouldn't overpower the treble side poles so much. But again, nobody has thought to do that.

If the 8/9 string extended range guitar is supposed to be a hybrid of an electric guitar and an electric bass guitar, the pickups should be split up to accommodate each half of that hybrid. Instead, you get pickups made for an electric guitar only that make the bass strings sound like a trebly, nasty mess.

Until someone gets the bright idea to design better, PROPER pickups for extended range guitars, they'll be nothing but fart guitars.

"Is there any way I can get proper pickups for my extended range guitar now?"

Sure, but you'll have to have it custom fabricated.

Call Bartolini or Nordstrand and they can do it for you. Ring them up, tell them you're trying to achieve even string balance on your extended range guitar, and they will be able to custom-fabricate pickups that will do just that.

Bart and Nord have been building pickups for custom instruments for a really long time and they totally know what they're doing. If it doesn't exist, they will make it exist and build it.

Yes, you will spend a big coin for those pickups from either company. Worth it? Yes, because it will finally make your extended range instrument sound proper and not like the fart machine it is now.