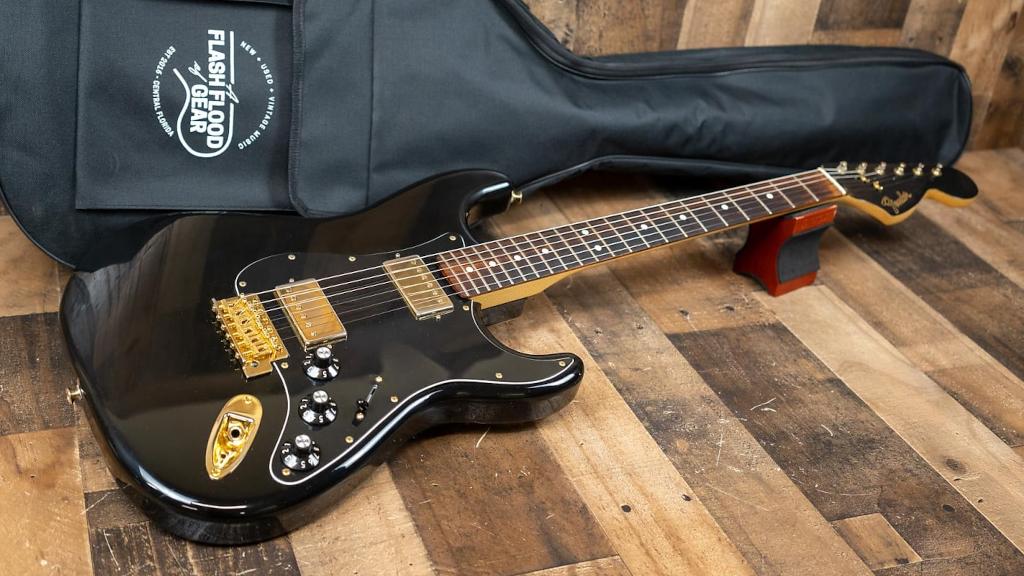 Blacktop Stratocaster. Remember that one? Probably. Remember the FSR Mahogany version? No? It exists, and it's cool.

Blacktop by Fender came in three flavors. Stratocaster HH, Telecaster HH and Jaguar HH. Look at any of those and you'll think, "Meh. They're okay."

But then there's the Fender FSR Mahogany Blacktop Stratocaster. Okay, this is better.

For the one pictured at top, that listing is here. The rest of the FSR Blacktop Strats are here. The two colors available are Black with gold hardware, and Crimson Red with chrome hardware.

As far as I can tell, Black versions get the rosewood fingerboard and Crimson Red ones get pau ferro. Both, as it states in the name of the model, do feature a mahogany body instead of alder.

Both models are literally the only Blacktops I've ever seen where I've said to myself, "Yeah, I like that. These look right."

What makes the two FSR versions look better? They just look meaner, which was part of the whole point of the Blacktop series to begin with. A lot of that has to do with the black headstock and black pick guard on both of them. Both of these things suit the overall look of the guitar so much better compared to the standard Blacktop.

Oh, and yes, the headstock does in fact have "STRATOCASTER" on it, but it's black like the headstock is so you can barely see it. That's weird, but it also adds to the meaner, menacing look of the guitar.

I never liked the Blacktop, but I like these. Fender should have made them all look like this to begin with.