Getting Eric Clapton tone out of a DigiTech RP360 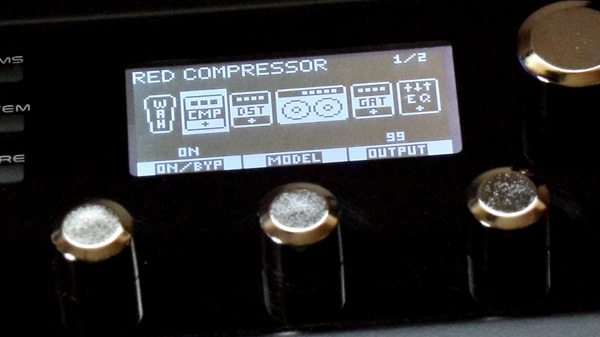 It's tutorial time, and this one has a video.

Generally speaking, guitar players that are seeking to get "Clapton tone" are usually referring to something he calls "woman tone." This is a sound best described as having little to no treble with an overdrive that makes it sound like you're driving a speaker to its limit.

Fortunately, you don't need to drive a speaker to the point of it almost blowing up to get the woman tone sound. All you need is a DigiTech RP360, tweak two settings, and you pretty much have it.

Step 1. Having the "correct" guitar

The only thing you have to know here is that a Stratocaster is actually not the guitar you want. Why? Because most Strats do not have the rear (as in "bridge") pickup wired to a tone control.

A Telecaster, even for the cheapest Squier model, does have a tone control wired for bridge-only use. And unless it's a special model of some sort, all "standard" Fender Telecaster models have a bridge-only tone wired in.

Jazzmasters and Jaguars all have tone control for bridge-only use, unless it's some sort of special model like the Jim Root Jazzmaster that only has one master volume and nothing else.

For any non-Fender design, they all should have tone control on all pickups present. So if you want to give this a go with a Les Paul, SG or whatever you have, you can as long as the tone control works for both the front and rear pickups.

This is very easy. Volume up, tone down. Either select the front pickup or the rear pickup, put the volume all the way up, tone control all the way off.

Step 3. An understanding of voicing by modeling

The voicing here is all done by the RP360 and nothing else. No amplifier is involved whatsoever. This is nothing but a direct sound. All digital, no tubes, no analog.

The modifications to this preset are as follows (detailed in the video below):

2. Change reverb to LEXICON STUDIO and set to a level of 65.

That's it. Yes, really. There's nothing more to it. After that, brush up on your Clapton riffs.

The RED COMPRESSOR is an emulation of the MXR Dyna Comp. The LEXICON STUDIO is an emulation of one of their many reverb effect units. Changing these two particular effects when modifying the Plexi-Drive preset make for a fairly convincing Clapton-style tone.

Yes, I made this video. Everything above is explained below, with sound examples as I change each setting.