1990s grunge songs I hated the most 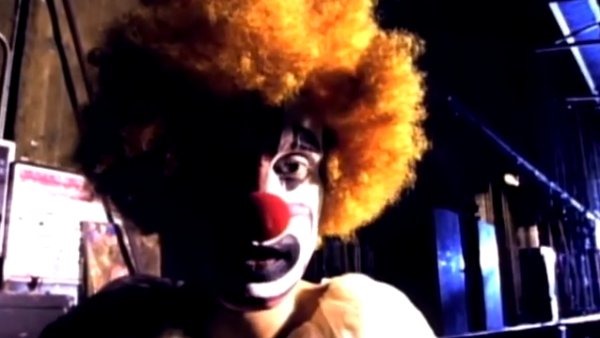 In all honesty, most grunge music just sucked. While true it was definitely better than the glam rock that preceded it, it still had a boatload of suck.

These are the grunge hits from the '90s that I hated the most.

I remember the first time I saw this band on MTV. I hated them. They sucked. To me, it was painfully obvious they were only on MTV because they "sounded grunge." Absolutely terrible.

There are a few songs I like from Pearl Jam, but this is one of their worst. This song literally sounds like an unfinished demo that was slapped together with hardly any thought at all. The only reason this got any airplay back in the day was because Pearl Jam was still hot at the time. Crap song.

This is a slow, droning song with boring guitar tones and is a total yawn-fest from beginning to end.

This was one of the last grunge acts that was still out there before the whole scene died. Very bland, generic sound with a vocalist that sounds whiny as hell.

Alice in Chains - "I Stay Away"

This band, like Pearl Jam, has a few good songs, but this is not one of them. Very overprocessed sound and way too much vocal layering, making the whole song just sound annoying.

The only reason this act ever got anywhere is because the lead "singer" of this band was dating the Kurt Cobain. This particular number features the lead "singer" belting out notes out-of-tune and sounding like she was in a drunken stupor while recording (which is probably true.)

Anyone playing guitar for 3 weeks could have written this. Dumb song, dumb lyrics, off-key vocals. This song is a total pile of crap.

Temple of the Dog - "Hunger Strike"

Literally combine Pearl Jam + Soundgarden together. Great idea, right? Wrong. Bad idea. The vocals in this song clash in a real bad way and it never should have happened.

A small collection of '90s grunge songs that didn't suck

Aside from the more popular titles, here are a few that are actually pretty damned good.

Technically not grunge but called grunge anyway because it was a rock song released that wasn't glam in the '90s. It's just a good rock song.

L7 sucked. Hole sucked. Veruca Salt did not. This was one of the few '90s grunge bands with girls in front that did it right.

This song really captures the STP groove. I have absolutely no idea what the song is about, nor do I care. The guitars are perfect, the bass is loud and gritty, the drums are organic and beautiful, the vocals are mixed perfectly.

I'll actually post the video for this one. This song is just so damned good.

Oh, and another thing. I don't know who directed STP's videos back in the day, but the whole "throw random crap in a video and make it stylistically cool" was something few got right. This is done right. It's visually different and cool without being disturbing. It rides really close to being disturbing but doesn't cross the line. The director just did an awesome job here.

Was this STP's top song? Not by a long shot. But it's one of my favorites.