Disastrous experience with a G-SHOCK DW5600E 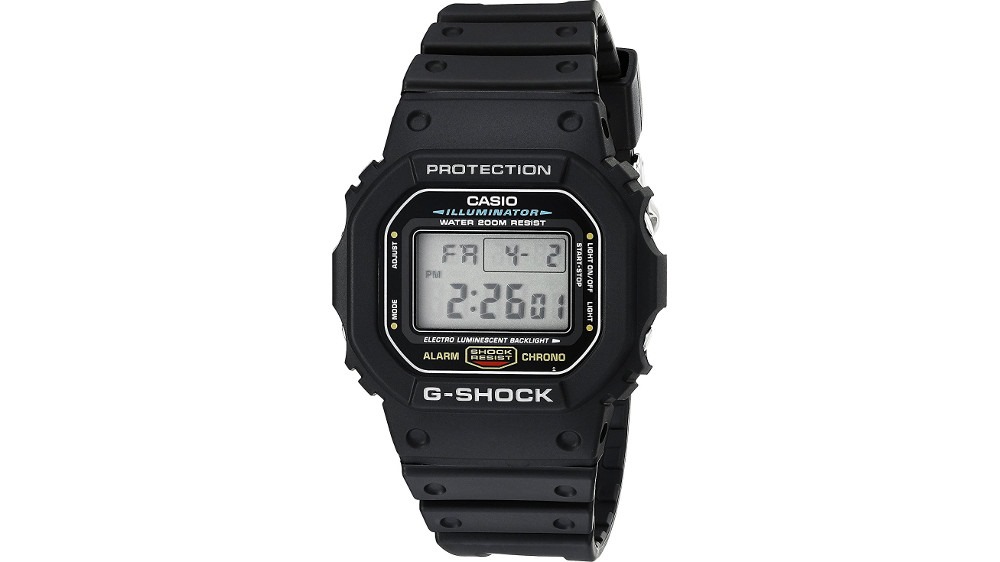 The experience with this model of G-SHOCK was actually worse than the G9100.

If you're not aware of my experience with the G9100, you can read up on that and find out why I think that watch sucks.

Before I get into why I think the G-SHOCK DW5600, know that one of my favorite watches is the DW9052. That is a fantastic watch. I'm telling you this so you know there are in fact G-SHOCK watches I really like...

Recently, I decided to pull the trigger and bought one. But I didn't even own it a day before returning it because of three very annoying problems.

First is the LCD contrast. Unbelievably bad. The display washes out very easily even with just a slight tilt of the display.

Second, the EL nightlight was poor. I have EL on both my DW9052 and my A168WEC and both perform fine. But the DW5600 nightlight just wasn't up to par. It should have at least been as good as the A168, but wasn't.

Third - and this one floored me - the watch wasn't comfortable to wear. The strap is spaced in such a way where the notch that fits my wrist is slightly too tight, the next notch is too loose, and a "just right" notch just doesn't exist on the strap.

If the LCD contrast was at least decent and the EL light good, then I would have kept the watch, bought some strap adapters and installed a fabric strap on the DW5600. But the display and the nightlight were both crap. 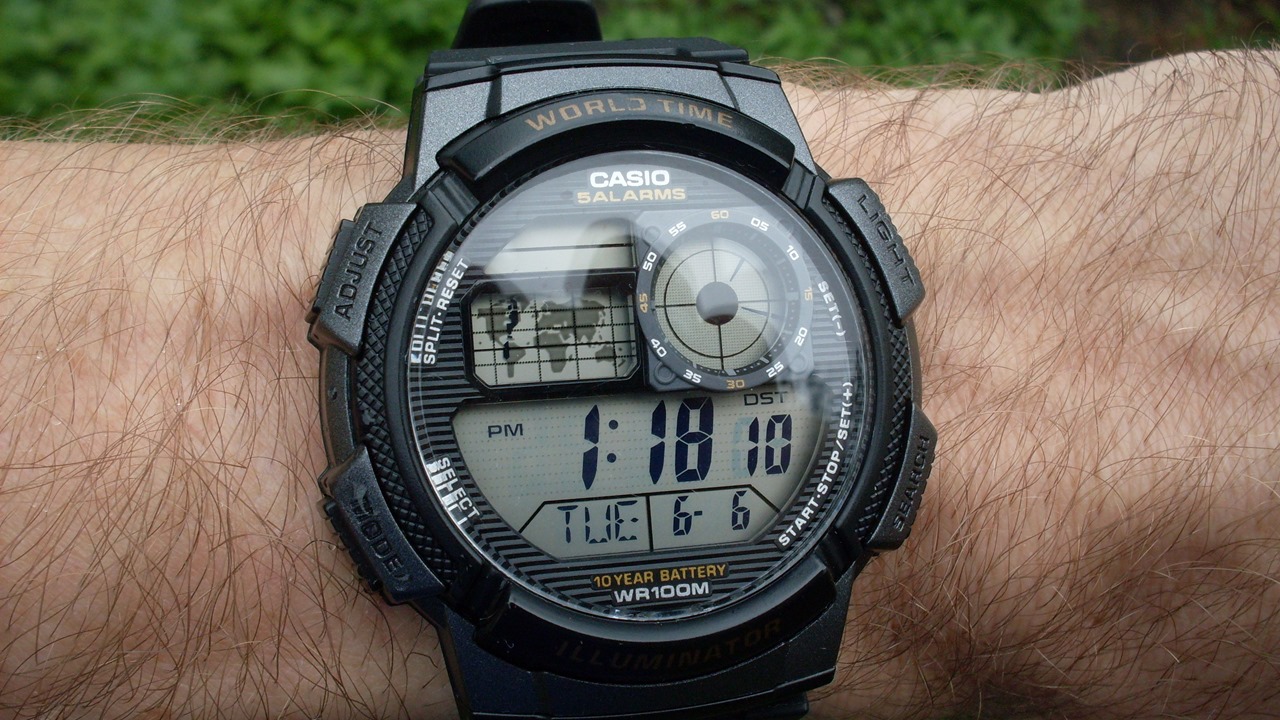 Things look fine, but when you tilt the display back... 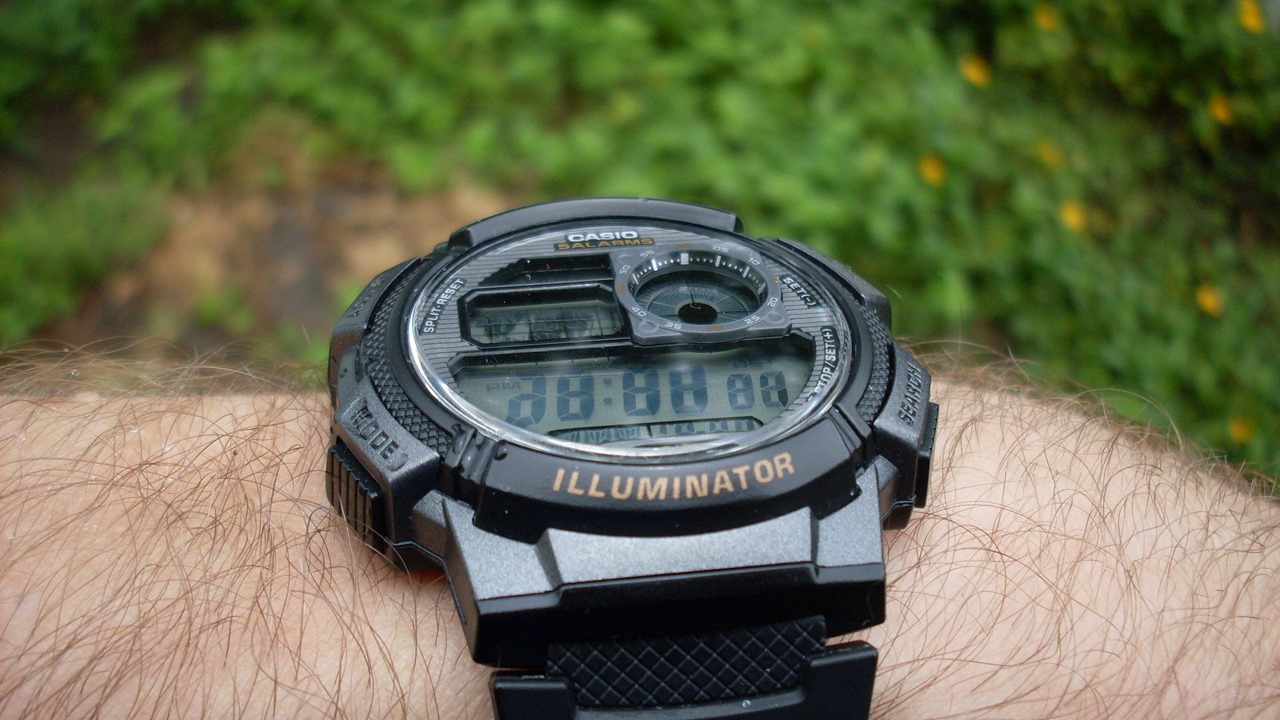 Where the DW5600E is concerned, its display would wash out even with slight tilt angle. Far less tilt than what's shown above.

Here's an example of good contrast. 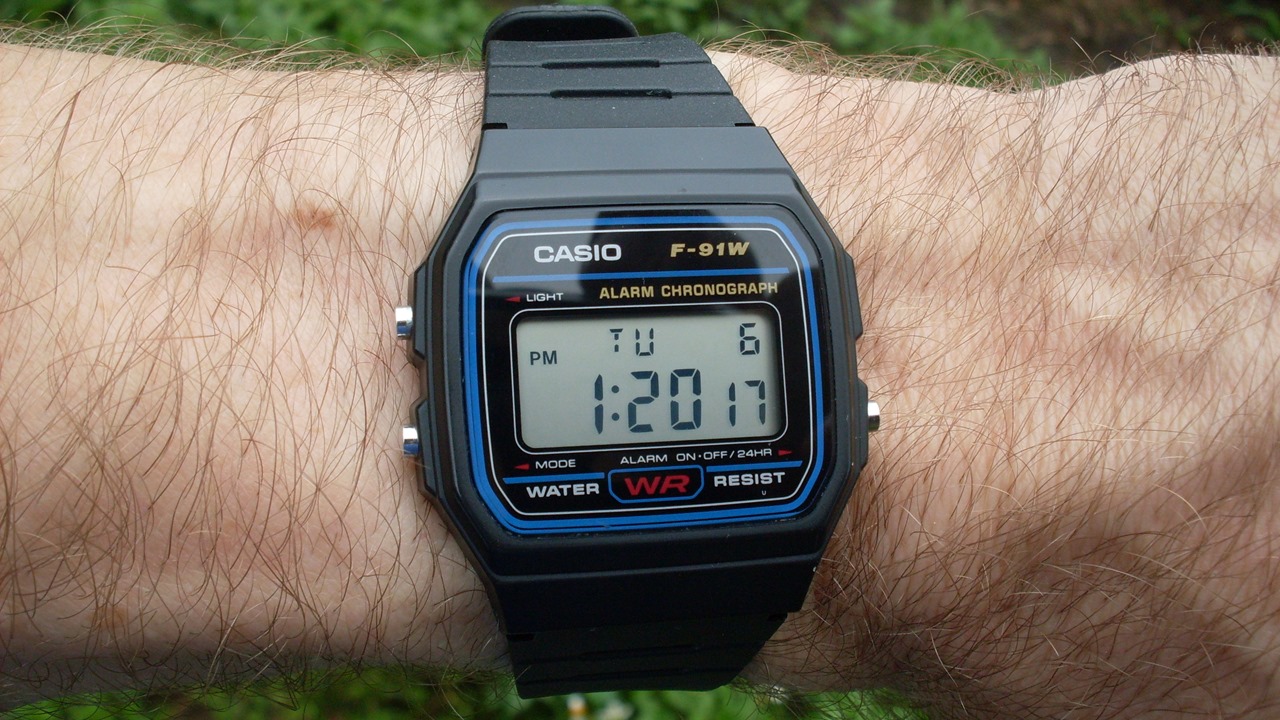 ...and display tilted back: 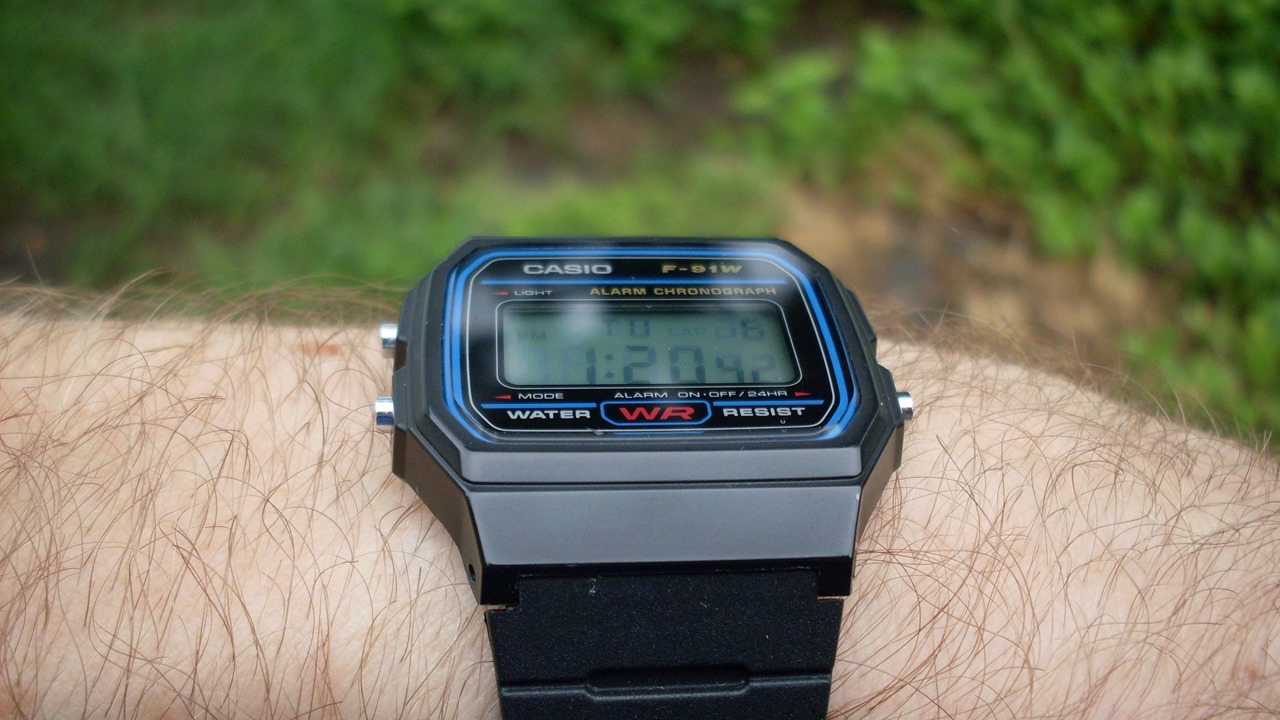 Still readable, and the display hasn't washed out. Time and date can still be read fairly easily, and that's with it tilted even further back than the AE1000W photo above.

The F-91W is an example of fantastic LCD contrast; it is the gold standard for LCD legibility on a wristwatch. Try to find a digital wristwatch with a non-backlit screen that reads as well as the F-91W. You won't find one.

Now consider the fact the F-91W is 80% less than the cost of a DW5600E. This means a 9 dollar watch not only outperforms but obliterates the G-SHOCK in legibility. That's just plain sad.

Yes. It had to be. I purposely went looking for complaints about the watch, and as far as I can tell, nobody has ever complained about bad screen contrast. Mine must have been one of the rare and few that had a bad screen on it.

The screen contrast was just as bad as one of those crappy "Marathon by Timex" watches. If you ever see one of those in a Walmart, pick it up and examine how fast the display washes out when you tilt it back even a little bit. It's ridiculous. That's how bad my DW5600E was with its display.

If you happen to be a DW5600E owner with the same LCD washout problem, send it back and get a refund if the watch is new.

Chender Yngwie Malmsteen Stratocaster
This is absolutely the cheapest way to get a scalloped fretboard Strat.

The second best wristwatch in the world
This is what's on my wrist when I'm not wearing the F-91W or A158.

My cheap Casio watch collection
So this is where things are five-and-a-half years later.