Guitar tabs are a bad way to learn guitar 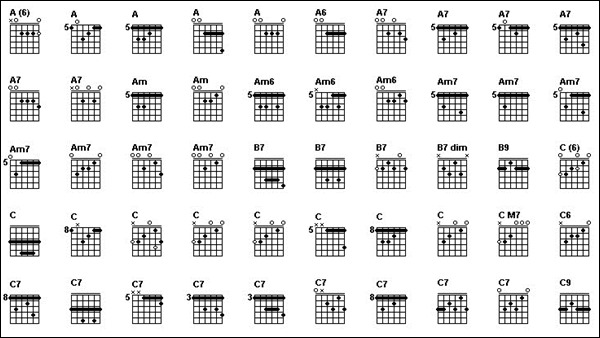 If you rely on tabs to learn how to play guitar, you'll never learn it the right way.

Should you buy a book of tabs?

Yes, you should buy a few of them - HOWEVER - you should only need them for a short while just so you an figure out chords and fingerings.

Take books on Chet Atkins' playing style for example. That guy was, obviously, a monster guitar player that played some insanely intricate stuff. For that kind of musical knowledge, yes, you'll have to get a book or two.

After a while, you will figure out the chords and styles Atkins favored. From that point forward, you shouldn't need the books any longer and should be able to pick up things by ear.

I am not saying, "Play like Chet did." Not at all. I'm just using his style as an example of when you actually do need the guitar tab/notation book. Trying to figure out Chet's style without a book is tough, even when you have YouTube videos to help you. For some styles, you just need that book, and Chet's style is one of them. Another would be Django Reinhardt. You need a book or two to learn his styles as well.

If you continue to rely on tabs to learn anything new on the guitar, you will never advance as a guitar player

At some point, you have to put the book(s) down and start relying on your ears. I don't care if you play simple campfire acoustic songs, play speed metal soloing or anything in between. You must be able to figure out how to do things by ear eventually.

You can do that, and I can prove it.

Can you tune a guitar by ear without a tuner? If you answered with, "Sort of... I can get the notes mostly correct", then you already know how to recognize a note just by its sound and not by what a tuner states it is.

It's also probably true you can recognize E major, D major and G major guitar chords just by hearing them without seeing them being played.

Those two examples, while simple, prove easily that yes, you in fact can recognize a note by sound alone. What does that mean? It means that when learning new songs on the guitar, you don't need the tab books unless the song in question is something very complicated.

Your ears should be your guide to learning new things on the guitar. The tab books are the first step and absolutely not the last step.

True learning of the guitar happens when the ears take over

Tabs are about learning by sight. But playing guitar is about sound.

Learning by sight is required when you're just starting out on the instrument because you haven't learned the sound yet. Once you do learn how to recognize sound, everything you need to learn new styles and techniques is already in your mind.

"How will I know when I can recognize sound?"

It's like I said above, if you can tune a guitar somewhat without a tuner, and/or recognize chords just by sound without seeing them being played, you already know how to recognize sound on a basic level.

As you play more and more, you will be able to recognize more types of sounds. After a while, recognizing those sounds will come naturally where you won't have to even think about it.

You can do it. Pick up a few books if you have to, but remember that at some point you need to train your ears more and not your eyes.