How to get a "pro" audio sound 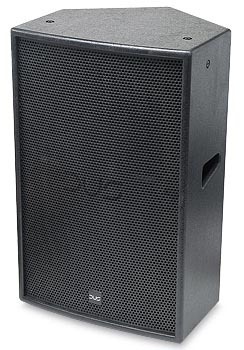 I get asked a lot how I get the sound I do when I record, and moreover how I do it with such a small setup.

Before answering that question, I've decided to take a bunch of the knowledge I've acquired over the years and put it into a book. The book is not ready yet, but soon will be, so what you'll read below is a small taste of the knowledge you'll gain from my experience.

It doesn't matter whether you have $300 worth of recording gear or $30,000 worth, because without knowing recording techniques, even the guy with a ton of expensive gear will still make recordings that sound awful.

How do I know this? Because I've seen guys build "pro"-level recording studios, only to produce recordings that sound like they were recorded inside a garbage can. Fancy expensive gear has not, nor will ever magically make any recording sound "pro".

Here's an example of a recording technique I call the "Ozzy Osbourne" method of recording a vocal. It's stupidly easy and will make a vocal sound good even with cheapest microphone.

An "okay" singer is someone who can sing but wavers whenever he or she sings a long note, meaning when they try to hold a note, it's held but goes slightly sharp or flat and that's the best they can do.

The "trick" to fixing this is to have them sing the exact same thing twice on two separate tracks. What this will do is create a natural chorus effect based on the singer's own vocal range. After the tracks are recorded, you pan one 10% to 25% to the left, and the other 10% to 25% to the right. And ta-da, you've got yourself a great-sounding vocal. The only bitch about doing this is that the singer absolutely must sing the same thing twice exactly. Every "puh" for words that start with P, every "tuh" with words that start with T and so on must exactly match up for this to work. When you get those two vocal tracks matched up just right, you've got a stereo vocal track that sounds great.

Now let's take the same situation for someone who's a good singer.

When you record a single vocal track, more often than not you will run into the problem where a vocal "sounds flat", and no matter what you do, you just can't seem to get that vocal track "alive" - even if you recorded it with a super-expensive AKG C414. No amount of EQ, reverb or fancy microphone can fix it no matter how many times it's recorded.

In this scenario, have the singer record the exact same vocal twice, but mix it differently. Instead of the pan left-and-right like you would with the "okay" singer, have the first lead track dead center at normal volume, and the second track only at 10% volume (or edge it up so that you can just barely hear it under the lead vocal), panned a tiny bit to the left (humans like left-to-right consistency with audio and not right-to-left); the louder vocal will fill up the center and right-side space.

What this does is create a barely-there "fill" for an otherwise "flat" vocal. As far as anyone listening is concerned, all they hear is one vocal. But, like magic, with the barely-there second vocal, it no longer sounds "flat" and now sounds "round" like it's supposed to.

Technique always trumps gear. Always. When you develop technique, you can record absolutely amazing stuff with even the cheapest of recording gear. And furthermore, you can finally get your money's worth out of the expensive recording gear you bought.

And to note, doubling your guitar tracks works great too! In the latest song I wrote, you can hear the doubling during the slower guitar parts, played octave-style.

Anyway, the "Ozzy Osbourne" method of recording vocals or guitars works wonders. Yes, you do have to mix afterward because with a doubled track, the volume goes up, so edging that down is required along with a few minor EQ tweaks.

And yes, I'll mention all the stuff about mixing volume, tweaking EQ and so on in the completed book when I get it finished; it's going to have a ton of information in it.