How to get bridge pickup tone control on a Stratocaster 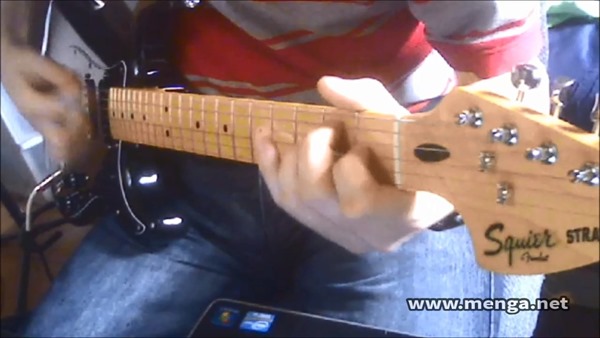 What does a Strat sound like when tone control is added to the bridge-only pickup setting? You're about to find out.

Easy mod #1 that I listed in Easy Strat mods that everyone should do is "Wiring in a tone control for the bridge-only pickup setting," and that's exactly what I did on my Squier Vintage Modified '70s Stratocaster. How to do this mod is to solder in one small wire from the open terminal on the 5-way selector to the terminal right next to it. For photos of what that looks like, see the linked article above.

Did I perform this mod myself? No. I paid a guitar tech to do it because I'm no good with a soldering iron. If you're not any good at soldering or just don't like the idea of it, I suggest bringing your guitar to a tech and requesting this mod, as it's a very simple job. The total I paid to have this mod done was $20, so it's not like it's expensive.

Here's what the mod does:

Why do most Stratocasters not have any tone control wired for the bridge-only setting?

I've said this before in several different articles I've written, but for new visitors I'll explain it again.

Leo Fender, the man who originally invented the Stratocaster, specifically designed the Strat with no tone control for the bridge-only pickup setting; this means it is traditional to have a Strat wired that way.

Yes, most. Some made by Fender do have Tone 2 (the "bottom" tone knob) wired so that the bridge-only pickup setting has tone control.

However, I know of no Squier Strat that has Tone 2 wired for the bridge-only pickup setting.

Is there anything bad about wiring in tone control for the bridge-only setting?

There's nothing bad about it at all.

The only thing you have to get used to is actually having tone control for the bridge-only pickup setting. For those of you that have been playing Strats for a long time but never had this simple mod done, you're probably totally used to never touching the Tone 2 knob. With the mod done to your Strat, now you can for the bridge-only setting and it actually does something useful.

It is a really nice thing to have, no doubt about it.

Should Fender and Squier change the Strat so that they all have the bridge-only pickup setting work with Tone 2?

This question has been a source of large debate for years.

Some players say that a bridge-only pickup setting on a Strat with no tone control wired is totally unusable, and that yes, the standard wiring should be changed so bridge-only works with Tone 2.

Others say that tradition is tradition, and that if you don't like standard Strat wiring, mod the guitar and fix it yourself.

My opinion on the matter is this:

The Fender American Standard Stratocaster is wired so that the bridge-only pickup setting is wired to Tone 2. That is Fender's modern standard, and other Strats be it Fender brand or sub-brand Squier should follow that standard if "standard" or "deluxe" is in the model name of the guitar.

I don't know what Fender is planning for non-American Standard/Deluxe Stratocaster models in the future, but I do know this: If Fender introduced updated wiring that brings tone control to the bridge-only setting on the Mexico Standard, that would have Strat players jumping for joy, even if it was the only change done to the guitar while everything else remained the same.

Until that time comes, you'll have to break out the soldering iron or pay a tech a little cash to have the Tone 2 mod done.