I might be a believer in HSH guitars now 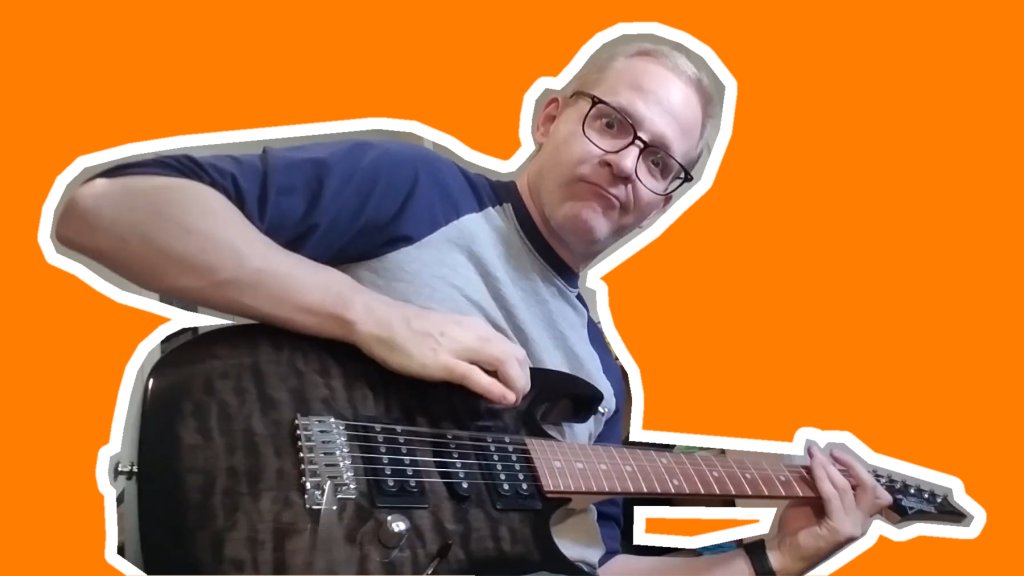 A new guitar in the barn is the Ibanez GRX70QA. I did try this guitar out before, but the reason I didn't buy it is because the color was terrible.

I went to try out some guitars recently, and by chance the one decent color of the GRX70QA was there, transparent black sunburst. After playing it, it was an easy decision to make the purchase, especially considering how low in price the guitar is.

This guitar has the most usable HSH setup you can get

Ibanez's take on this was to use an all-passive setup (meaning no active pickups and no battery) and wire it as a 5-way. 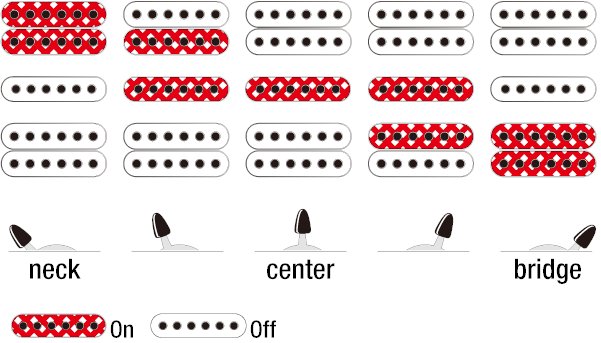 There is still volume drop with the "quack" positions 2 and 4 and the single-only 3 position - but the end result is 4 out of 5 positions that work well with the 500k volume pot. Only the middle 3 position blares a bit but it's still usable.

The 2 and 4 "quack" settings actually work because having extra treble from the 500k pot is a good thing... unless that's not a good sound to your ears. But there's an easy fix for that. More on that in a moment.

This is a "half Stratocaster" guitar

What Ibanez did with this HSH is what makes the most sense. They made the guitar get Les Paul and "half Stratocaster" tones. You get the front and back humbucker sounds, two Strat-like "quack" sounds, and a mostly-usable middle pickup sound. All of this is dirt simple to operate. One master volume, one master tone, one pickup selector. On an all-passive low cost HSH guitar, this is as good as it gets.

Yes, it is possible to wire up an HSH setup to do both Strat and Tele style tones, but the wiring on this Ibanez is just "half Strat". I could rewire/reconfigure it for Strat+Tele tones but probably won't.

The choices for readily available and affordable HSH guitars you can order right now that DO NOT have a Floyd system on it are few.

Ibanez's GRX70QA is the most affordable and easiest to acquire, no question. If you want HSH, want it now, want it cheap and don't want a Floyd, you get the Ibanez. Any upper tier model after that from Ibanez with HSH and no Floyd busts over a grand, such as the Ibanez AZ47P1QM.

PRS does make two no-Floyd HSH guitars that I know of. The Modern Eagle V and the 509. Both are each over 5 grand, so that's obviously not affordable.

Charvel does make an HSH no-Floyd, the Pro-Mod DK24 HSH. Not cheap, but not ridiculously expensive either.

Godin makes two HSH no-Floyd guitars that I know of. There's the xtSA, which is ridiculously complicated as it is not only a guitar but a synth controller. Then there's the much better (and cheaper) Radium, which is priced similar to the Charvel. I do like the look of the Radium a lot. A few finish options show the wood grain of the Radium in a very nice way. And while true I generally can't stand "coffee table" looking guitars, Godin did theirs 100% correct with the Radium model. They not only make the most classy looking HSH for sale, it's also the only HSH I know of with no vibrato at all, meaning yes, it's a hardtail.

Ernie Ball Music Man has one HSH no-Floyd model, the Silhouette HSH. Too expensive and almost 3 grand just to get one. And you have to like the styling of it, which I don't.

Does Squier have any offerings? Surprisingly, no. I thought they had at least one, but they don't.

Is HSH superior to other pickup configurations?

It's not superior, but rather just different in what it offers.

As said above, HSH, at least in the way Ibanez does it, gives you two Strat quack tones, two Les Paul like regular humbucker tones and a middle single-coil tone that I guess can best be described as "semi-boosted middle" because of the 500k volume pot.

HH with split coils gives you Les Paul like regular humbucker tones, and Telecaster-ish single-coil tones, usually with too much treble output.

HSS without split coil humbucker gives you Les Paul humbucker tone on the bridge side, a somewhat muffled bridge+middle Strat quack tone, Strat middle tone, Strat mid+neck tone and Strat neck tone. However, because the volume pot is almost always 500k on HSS guitars, only the humbucker and humbucker+middle settings sound decent. After that, the volume drops off a cliff and turns into a over-trebled clacky mess.

The secret sauce of the Ibanez GRX70QA is...

The 500k linear pot allows you to edge off treble response very easily just by turning the volume down to 7 or 8. You get to keep almost all out of the output while at the same time edge off the treble response without losing tonal character.

With the 250k audio taper, treble isn't edged off until turned down to 5 or lower. A lot of output is lost to the point of the sound being almost unusable. Yes, the tone controls are there to reduce treble without losing output, but that might not (and usually wouldn't) be a sound you like.

On the GRX70QA, the two quack positions and middle position do have a little too much treble present - but - that's fixed instantly by turning the volume pot down just a little.

It's like I said, the way Ibanez wired the guitar does make the most sense for its HSH configuration. When you know that a 500k linear volume pot can edge off treble easily with just a very small turn, now you've got a guitar where you can use all 5 positions instead of just a couple.