The way that I master audio files today for my songs is by using what I call a "smash compression" technique. Audio pros would probably consider this a really bad way to master an audio file, but I like the way it sounds and it works for me.

This is how I smash-compress a master audio WAV brought out of the Zoom R8 and into Audacity. 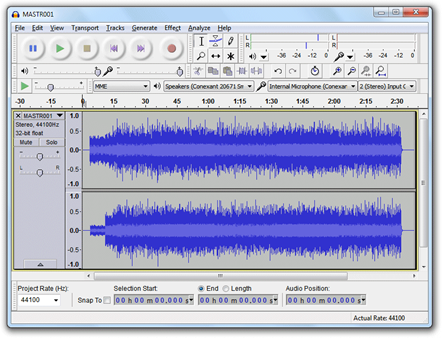 Above is the original WAV shape. While on the surface it looks fine, compared to other songs it would be far too quiet.

First, I use Compressor with these settings: 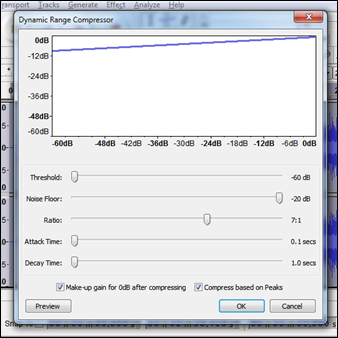 Threshold all the way down to -60db, Noise Floor all the way up to -20db, Ratio at 7:1, Attack Time and Decay Time set as low as possible.

You might be thinking, "Wow, that's stupid." Maybe. But it is how I mastered Face. And if you think that sounds good, I mastered the file using similar settings with only minor adjustments.

The end result is a shape that looks like this: 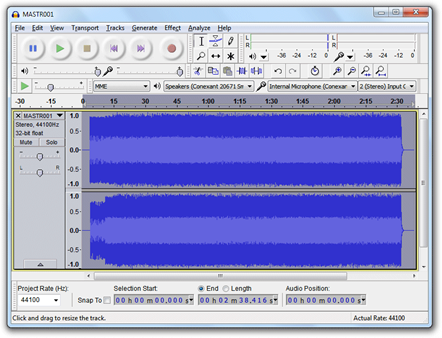 From the appearance, it looks as if all stereo definition has been lost. Trust me, it hasn't.

After that, I use Amplify and set a new ceiling of 1db that allows clipping: 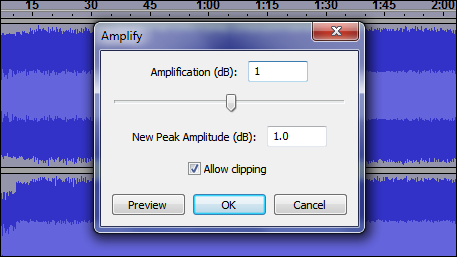 ...and that ends up with a shape that looks like this: 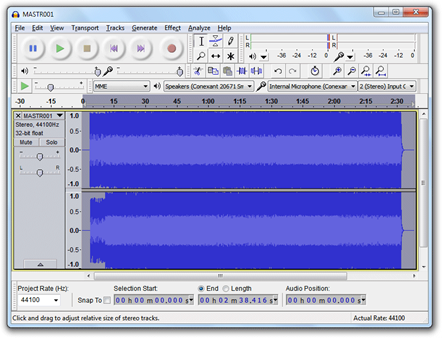 After that I clean up the silent ends and render the new master file.

As you see from above, the audio is totally smashed against the wall. And while it does distort since the ceiling was set at 1db and not 0db, the distortion is so mild that you don't even hear it.

What type of sound is produced by doing this? It's an emulation of what a typical over-compressed FM radio broadcast would be, which is a sound I like.

Will this work for you?

If what you have is a rock or metal song and the original mix is good, it should.

You can if you want, but it's best you tweak the Compressor settings to what you think sounds best. You may have to compress, listen, then undo and try different settings many times before getting the just-right sound you want.

Know that there is no "universal" set of settings that will work for every audio file you master in post-production. Each new song you bring into Audacity will have to have settings tweaked to what sounds best for that particular song.