Should bands even bother with physical media anymore? 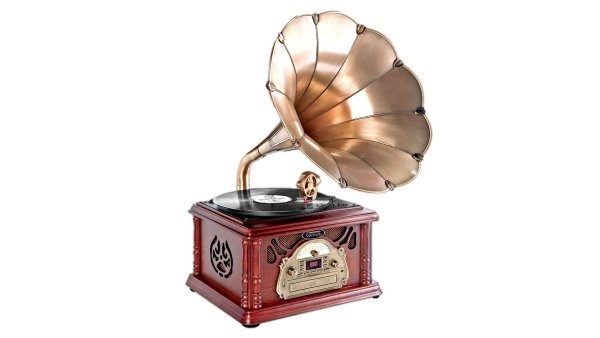 Does anyone care if a band releases physical media anymore?

Let's talk about the compact disc for a moment.

Ever since the CD was introduced in the 1980s, audiophiles have always, repeat, always hated the format. And I know exactly why they hate it. It's because digital audio is "squashed," and the fidelity is vastly inferior compared to other media formats.

Today, the music CD is for all intents and purposes a totally dead format. Nobody plays CDs in cars anymore, instead opting just to play music directly from a smartphone or small portable player. Who would want to deal with discs when you can stuff so much more music on something so much smaller where the audio quality sounds the same if not better when using a file data format like FLAC?

Every audiophile knows, or at least should know, that nothing sounds as good as a freshly pressed vinyl record, provided you play it on a quality turntable. That is the gold standard of recorded audio, so to speak. Nothing before or since has been able to reproduce the how good fresh vinyl sounds.

I won't get into why vinyl sounds so good because I could write a tome on it, but in short, it is the audio that sounds best to humans.

Now aside from all that, from a band or artist's perspective, there are 3 things you need to know about vinyl:

Some bands make compact cassettes, because there is a company out there who still makes them. All well and good, but... no. Bad choice.

You can obviously still make CDs. All you need is a computer with a CD burner for that.

But then there's vinyl.

On Amazon, vinyl shows up more than you might think.

So what's so damned cool about vinyl?

Well, I mentioned the collectible reason above, but there's something else.

There are vinyl collectors who don't even own record players. They buy vinyl records just because they look cool.

Out of every audio media format that's ever existed, a record album cover is, as far as I'm aware, the largest amount of space where a band can put dedicated artwork on it.

For example, on the Alice Cooper School's Out vinyl record, that actually looks like a real school desk and even opens up like a school desk.

If you're an artist or a band looking for something cool to sell, consider vinyl

There are certain things artists and bands can sell that are cool. T-shirts is one of them. Can't go wrong with that. There's also other little novelty items like mugs and little stuffed bears you could sell too.

But the vinyl... now that's a collectible right there, even if it's just a single and not a full album.

If you search Google for "create your own vinyl record", there are companies out there who will manufacture your record right now. And that's cool.

To answer the title question of this article, yes, bands should bother with physical media...

...but only if it's vinyl. To hell with the CD. I'm glad that media is dying. Optical discs are good for movies and data, but audio? Nah, that time has very much passed.

On a final note, I was never into vinyl, said honestly. But I totally respect the format, and just from a collectible point of view, the vinyl is just so damned cool. I am one of those people that would buy it just for the artwork.