screen shots from the garmin streetpilot i3

Since I have the unit in my possession at the moment (before I give it back to my sister), I decided to take a few screen shots of the i3.

Before I show them, I called Garmin today to ask if they plan on having any future map support for the i series units since they've been discontinued for a while now. The rep on the phone said yes they would. So maybe there's a chance one more map update will be released for it? Not sure, but for all the i series owners out there it would be a welcome update. 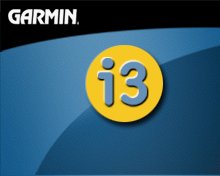 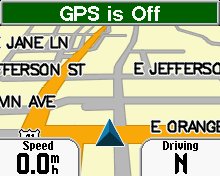 Viewing the map in non-navigation mode 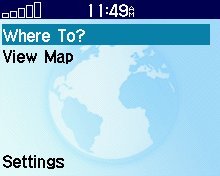 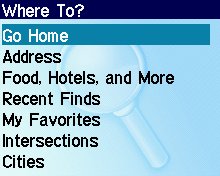 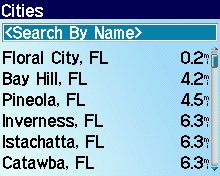 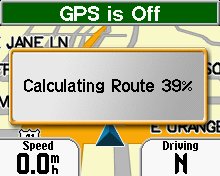 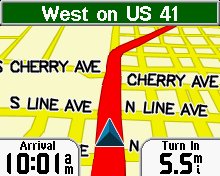 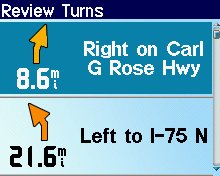 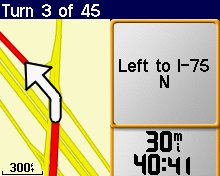 Reviewing individual turns on a route 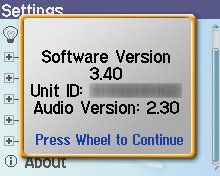 The "About" pop-up screen off the "Settings" screen

I mentioned above that there may be a map update for the i3 (which would include the i2) in the future. Said frankly, if Garmin decides not to release another one I don't consider it a big deal due to the fact it's a discontinued unit. The existing version 7 of the North American map set covers the vast majority of roads correctly and only gets "confused" in towns that have a lot of construction and renovation going on. So even if you buy one of these new, it will still map correctly most of the time even with the outdated maps.

However I really wouldn't mind getting another one of the little i series just for the fact it's super-small and runs on 2 AA's. I'd probably buy an i5 because that unit has the entire USA in it rather than just some of it.