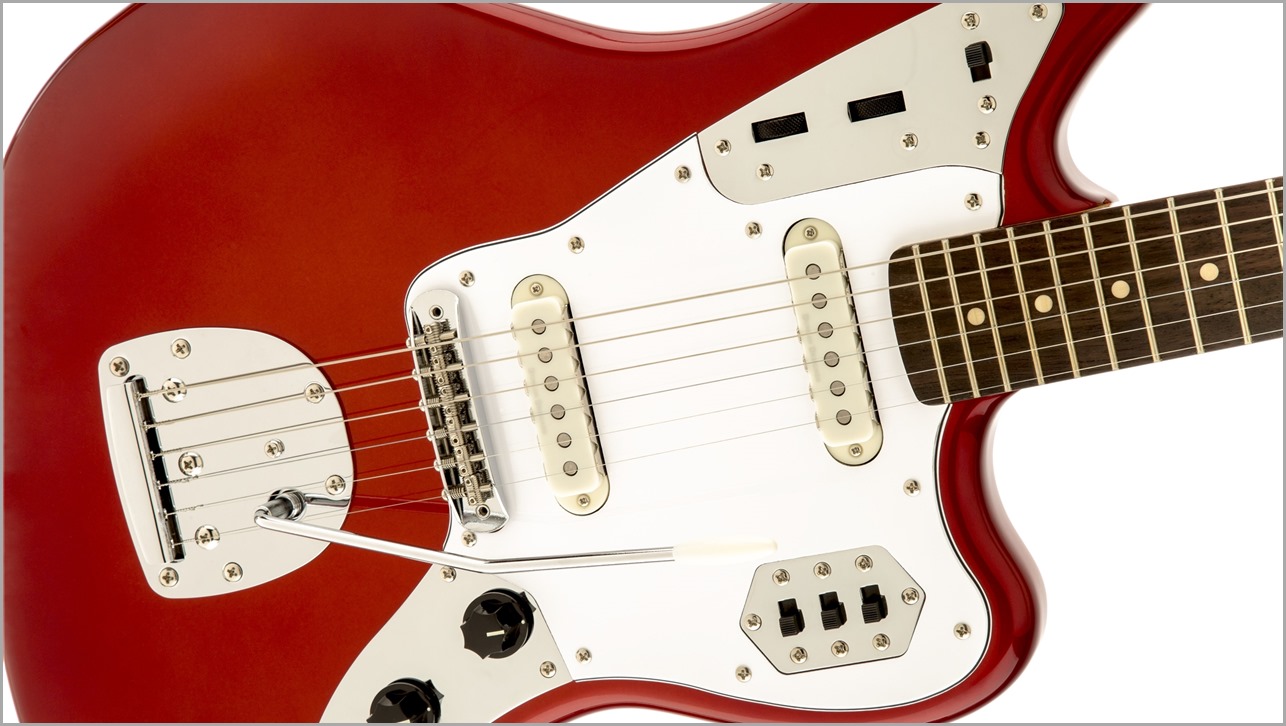 What once was used is now new.

Some interesting little bit of info before starting this one: Did you know the Vintage Modified Jag is the only Jag Squier currently makes? At the time of this writing in April 2017, Squier makes 19 models of Stratocaster, 14 models of Telecaster, 7 models of Jazzmaster, 3 models of Mustang and just 1 Jaguar.

At one point there were 2 Squier Jags. The one that got discontinued was the Squier Vintage Modified Jaguar HH, which is a very oddball model. I've only ever seen it in Fiesta Red, it has concentric controls, no vibrato, a 3-way pickup selector on the top horn and a Stratocaster "football" output jack. It's just a plain dual-humbucker style rock guitar but a very easy collectible that can be had for cheap (easily under $300 in like-new condition).

So anyway, back to my Jag.

I bought a used one last week. The guitar was at Guitar Center Maine, so it had to be shipped down here to Guitar Center Tampa Florida...

...and UPS lost the guitar. Gone like a fart in the wind. See ya. This was UPS's fault and not GC's.

Guitar Center apologized for losing the guitar. I talked it over with the Tampa store and it was agreed to replace the lost guitar that never made it with a new Squier VM Jag. No additional cost. Same guitar, same Candy Apple Red, same everything, just new instead of used.

GC does ship guitars from store to store all the time all across America, and I have bought used from GC in the past this way with no problems at all. This is just one of those rare (and believe me, it is rare) instances where the shipment got lost somehow.

I'm hoping this one actually arrives like it's supposed to, and that it's in good shape when unboxed.