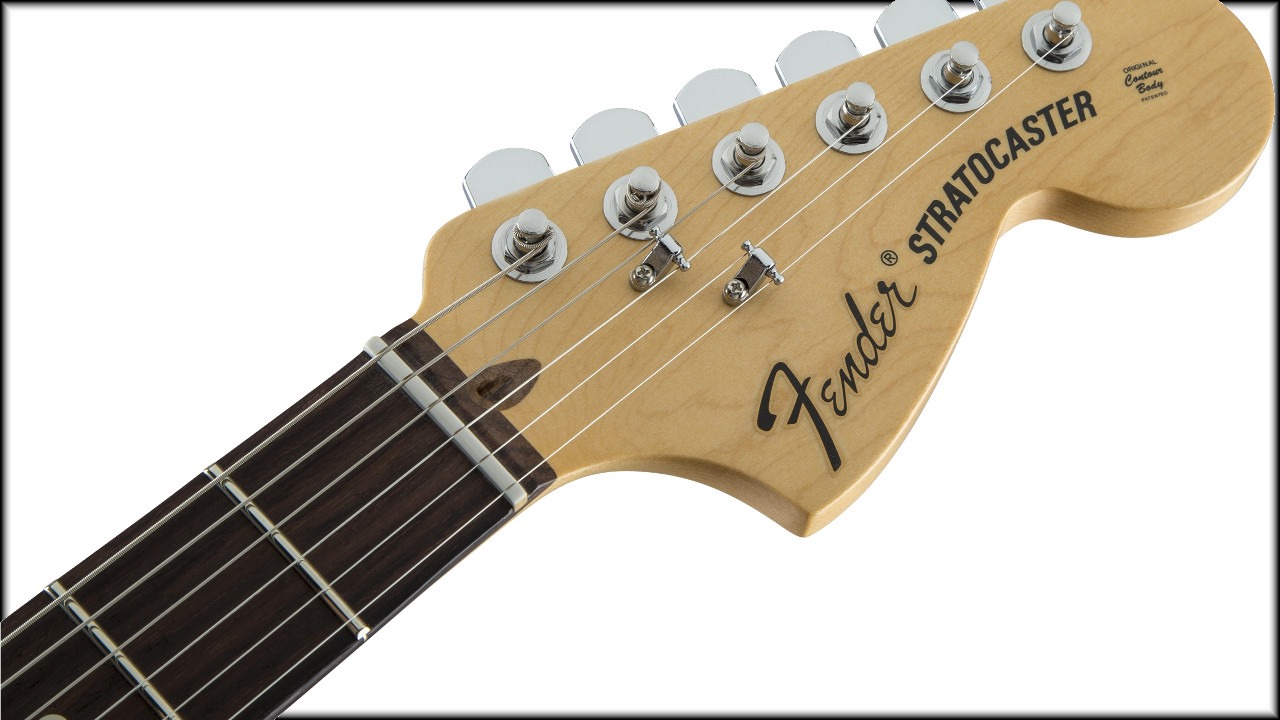 Some upgrades are worth doing while others are useless. This is one of the useless kind.

A Fender American string guide is Fender part # 099-4911-000. They are also known as string trees or roller guides, and are seen in the photo above on the Fender American Special Stratocaster headstock.

I've actually recommended this cheap mod for those who own Squier guitars in a previous article, with emphasis on mod because it's not an upgrade. It just looks cool.

Truth be told, American string guides do absolutely nothing to improve string travel. What is thought to be true is that a rolled edge at either end of the guide decreases string bunch-up. That's not really accurate since it's the nut where string bunch-up happens far more often than the string guide itself.

If you want a rolled edge on a wing style string guide, a few light passes with a nail file, as in an emery board used to file your fingernails, will smooth out the edge and make the roll. Heck, you could probably even do it with steel wool. Do you need to do this? No, because again, string bunch-up happens primarily at the nut and not the guide.

The absolute easiest way to make a wing string guide have the best possible string travel is to use masking tape under the wing where the string presses against it. Yes, really. You don't need to lubricate the guide nor do you need to file anything down. On every string change, just add a little piece of masking tape under the wing. The string will travel across it very easily and all string bunch-up issues at the guide - presuming there were any - will be 100% gone.