That Pontiac in The French Connection 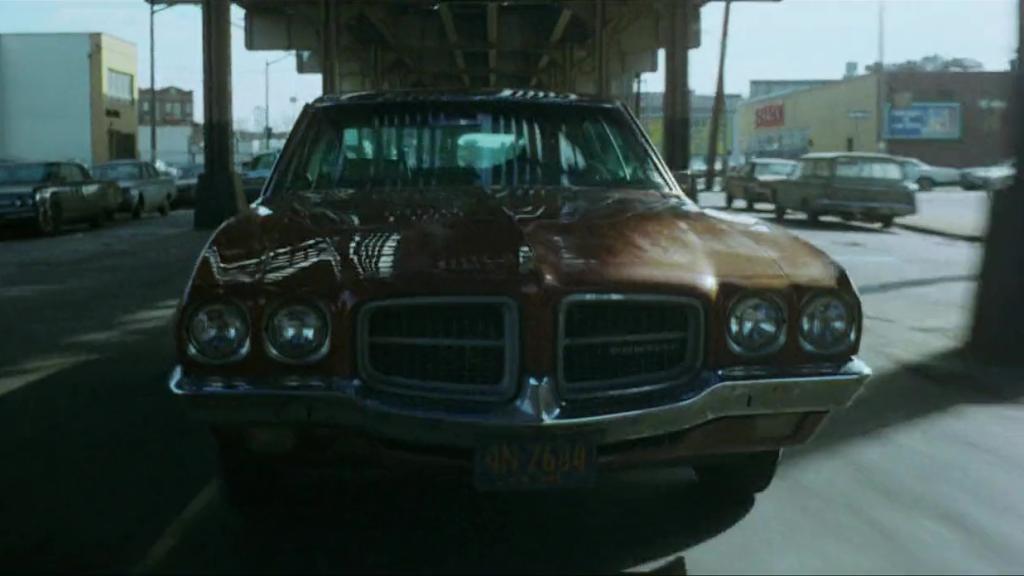 I finally got around to watching The French Connection; this is my take on it.

First I'll say this is not a car guy's movie, even though I watched it mainly to see the car chase. This flick is a thriller cop drama. But before getting into that, let's talk about that Pontiac.

It's a 1971 Pontiac LeMans sedan of the four-door and rather pedestrian variety. The chase with this car appears about 3/4 of the way through the movie, and yes it's true that city permits were not acquired to film it. They were able to get away with this because actual cops served as advisors for the film, and, well, they knew how to get around those pesky permits. It's also supposedly true that in certain parts of the chase (particularly the end of it), the bystanders you see aren't extras but regular New Yorkers just wondering what the hell was going on.

I'm going to go against the grain here. The chase scene isn't as good as others say it is. Yes, it is cool to see that Pontiac being thrashed around in New York. It's also cool to see all the other large coupes and sedans in the movie, because after all, it's 1971, two years before the oil crisis of '73. You see a lot of giant barge cars of the era smogging it up all over the place.

What I liked about the movie more than anything else was seeing 1971 New York. There's a lot of city shown, both walking and driving. You see everything all as it was back then. While true this was before the financial crisis of '75 and before the July 13 1977 blackout that made New York go dark for 25 hours straight, you can see the grit and grime that made NY an awful place to be back then. Whoever said "things were better the way they used to be" definitely wasn't talking about New York in the '70s.

Even though this film won a bunch of awards - including Best Picture - it's a slow burn and there's a noticeable amount of filler just to pad out the length of 104 minutes. Is the story any good? I rate it as so-so. You've got hardheaded obstinate NY cops that really want to make a big bust, who then argue with the commander to go for that bust when he wants to shut the case down. The commander capitulates, and the rest of the story is the cops going after the bad guys. It's no story you haven't seen before - except for the ending. I like the ending of this movie because that's where things get different and it ends totally different than I thought it would.

So-so story, good ending, but what makes the movie work is 1971 New York itself. Lots of good eye candy, at least for me.

And one final note about the cars. It is funny in an interesting way to see people totally used to driving barge-sized cars since that's what was normal at the time, riding on bias-ply tires. Radial tires weren't completely standardized until 1976. In the movie you can hear tire screeching even with moderate turns around corners at lower speeds. That's not an add-in sound by the sound editor. Bias-ply just does that because they are so inferior compared to radials.