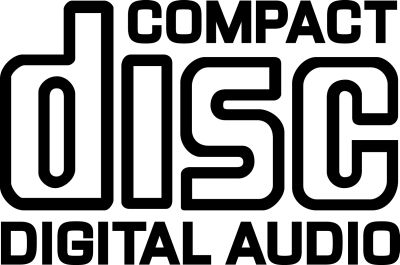 On 1-Oct-1982, Billy Joel's 52nd Street was the first commercial compact disc, released in Japan. Now while true CD technology is several years older than 1982 (prototypes were around as early as the mid-1970s), the "music CD", if you will, started in '82, meaning the CD as we know it is 30 years old.

Should a band sell CDs at all anymore?

Ordinarily I'd say no because nobody wants them - BUT - you can at least produce them very cheaply for those that do if you go about it the right way.

If I were selling CDs (and I might try that in the future), I would only make LightScribe discs. LightScribe is a disc-etching technology, and the discs look like this:

If I were going the LightScribe way, it means I can make them on-demand. When someone places an order (I'd probably use PayPal), I can burn the disc specifically for that order, use software for to make the cool LightScribe-etched artwork, test the disc to make sure it works properly, then ship it out. Or, if I were going to play a gig that night, I could burn 10 discs to give away at the show. For the jewel case I'd just use clear slim cases.

The point to doing it this way is that it requires a minimal investment of about 40 to 50 bucks, and that's it. That's sure a hell of a lot cheaper than the several-hundred-dollars I'd have to spend for disc replication + artwork, which by the way would require a minimum order count of at least 100 to 500 discs!

If you're insistent on selling discs, do it the LightScribe way. The drive is cheap, the discs are cheap, the total investment is very minimal and the end product is still custom-to-your-band and looks cool.

So if you're going to go the CD route, don't spend a bunch of money on it. Get the LightScribe drive and discs, save a bunch of money by doing that instead of using traditional disc replication, and you've got yourself a nice little on-demand disc-maker setup.