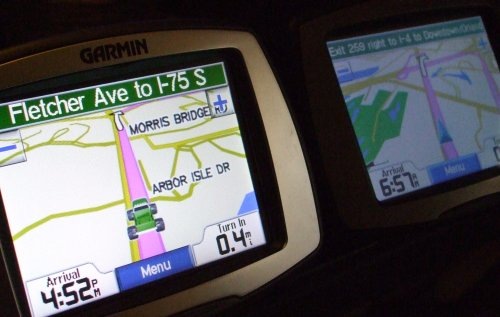 Pictured above are my two StreetPilots, the c580 and c340.

Thus far there's been scattered information on how to wield a StreetPilot correctly. There really aren't any definitive how-to's on POI creation and usage, how to access all the functions, easy-to-understand help tips and tricks, how to update maps, system software and voices the easy way - and so on.

My intent is to solve that by writing the end-all/be-all book on the subject. 😀

So far I'm about half done because there's a lot of ground to cover.

Don't get me wrong, the manuals for the StreetPilot c3xx and c5xx series are okay, but don't really get into the nitty-gritty details that well. This is probably by design, and hey, that's okay - because guys like me can write up the super-duper manuals. 😉

I'll announce it here once I have it completed.