The super fast way to becoming a rock star

Most guitar players dream of becoming rock stars, but only a very select few actually get noticed enough to make that a reality.

Some say that becoming a rock star requires years of hard work and dedication, along with incredible talent and ability.

Those people are wrong.

If you really want to be a rock star, here's how to do it.

Step 1. You need some money

If that price tag makes you scoff, then you're not meant to be a rock star. Stay home. Otherwise, keep reading.

Step 3. Get a mechanical license to sell the song

There is where money starts being spent. Go here for more information on that. You also may want to check out special YouTube considerations if you plan on using YouTube to post your cover song to.

Step 4. Publish the song to iTunes

You can use TuneCore for this. And yes, they do allow cover songs if licensed (see step 3 above.)

There is only one thing you have to remember for your music video. Sex sells. That being the case, the quick/dirty/fast way to make a music video is to do this:

There is where all the rest of the cash is spent, and your single largest expense. By now you've spent about $700, so you have $1,300 left to dump into an advertising campaign.

Let's just say for the moment you decided to make a rock cover of, oh, I dunno, Maniac from the Flashdance soundtrack:

By the way, if you did cover this, every girl who dances totally knows this song, and the dancing would be pretty freakin' sweet.

So you covered this using the same tempo in a rock version. Yes, that can be done.

Now as far as how to promote on Twitter, you have options: 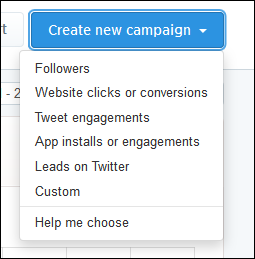 You might think Website clicks or conversions would be the one to go with, but not really. What you want here is to get noticed and get people talking. For that, Tweet engagements would be better.

Then there's the Targeting part:

As for which to go with, that's up to you. With the example above, I'd probably go with Keywords and specifically target maniac and flashdance.

...as Captain Picard would say.

In all seriousness though, you do need to engage, as in to engage the audience.

What should happen, hopefully, is that a whole bunch of people on Twitter that see anything to do with Maniac and/or Flashdance are going to see your promoted tweet and start talking it up like crazy.

With any luck, you'll get a ton of YouTube views and a ton of tweets/retweets. While that's good, you have to keep the fervor going as long as you can milk it for and literally spend hours replying to YouTube comments and joining in on Twitter conversations. This is actual real work, but the fun kind.

Can a Twitter advertising campaign get your song to the point of making you a major rock star?

No. It's the fact you're promoting a very well-known song that will catapult you to stardom. Twitter is just your chosen launch point.

There are several things going in your favor however. You did this legal because you got the appropriate licensing. You did right by showing sexy girls in a video. You also did right by choosing a catchy, family-friendly song that a whole ton of people know about.

It is true that $2,000 is a lot of money. But that's a dirt cheap price to pay to get a real shot at becoming a real rock star.

Does doing what I said above guarantee you will be a rock star? Of course not, because it depends on how well people take to your famous song you cover. People may hate it. Or worse, they may completely ignore it. And I can't tell you how people will react to your cover. You're the one that has to take the plunge and just go for it. And yeah, you might lose that $2,000. But considering all the money you spent on music gear over the years, it's like I said, two grand is a dirt cheap price to get a chance of truly hitting it big.

Is there any way to do this cheaper?

There are literally tens of thousands of bands who post spam all over the internet every day. They post spam to Twitter, to Facebook, to forums and anywhere else where there's even the tiniest chance they may get noticed. It doesn't work. Your chance of getting noticed for free is the same as if you tried to win a lottery jackpot. It will never happen.

That being said, here are some ways to cheapen the bill:

1. Use one dancing girl instead of 3

This saves you $200. And yes, you have to have at least 1 girl in your video, because without the girl, there's no sex appeal and your video will fall flat and go unnoticed.

2. Use an open space that isn't a dance studio

Your choices here are warehouses, airplane hangars and high school stages. All of these are terrible locations to shoot a video, but you can usually get them for free.

These are locations you never use, even though they're free: Anywhere there are railroad tracks, any wooded area, any open field, any beach. Those 4 are the kiss of death because they're all outside, and your footage will look like total crap, guaranteed.

A cheap (but not free) place you can get is a bar with a stage area. Work an arrangement with the owner to go there when the place is closed, have one of the employees there to supervise, and just shoot your video footage there. Kinda chintzy, but it works, and there's usually some lights there that will make the footage you get look somewhat good. Pay the owner $100 to rent the spot for an hour and he should be okay with it.

Alternative advertising is Google AdWords and Facebook Ads. You may find better ad options with either of those two services; it all depends what kind of song you pick and whom you wish to promote it to.

I'm putting this in as the final note as it's probably guitar players who will see this article more than anyone else.

Many guitar players fall into the trap of trying to promote their music to other musicians and bands. A classic example of this trap is "Support Local Music." Total death sentence. That's nothing but crappy bands advertising to other crappy bands to fans that don't even exist. Never go that route, because it's only used by bands run by idiots who positively refuse to spend any real money on promotion. They use the free way, which you know doesn't work.

For any promotion you do, ask yourself this question: How many people, as in NON-MUSICIANS, am I reaching?

If your answer is "my family and friends," you're not getting anywhere and need to change your game plan.

Now you know why you have to spend cash on advertising. It is the easiest, best and fastest way to get your songs to new ears, hopefully will generate a large fan base that will buy your song, and make you a rock star.