Things I've learned by not listening to heavy metal anymore 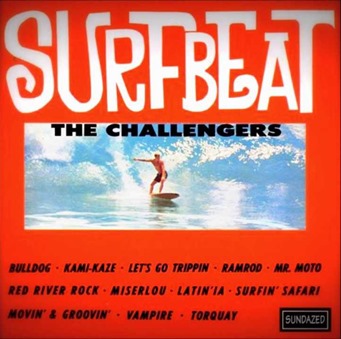 For the longest time, I listened to nothing but a diet of metal. Those days are gone.

I turn 40 this month. Yep. Going by numbers alone, I step into middle age. My tastes in music have changed quite a bit since my teens and 20s.

The main difference between a 20s and 40s guitar player is that the 20s guy is trying to be "cool" while the 40s guy isn't. And even if the 20s guy says "I'm not trying to be cool," that in itself is an attempt to be cool. If you don't understand what that means, you're probably in your 20s.

One of the most embarrassing things is seeing a guitar guy in his 40s that's still trying to be a metalhead. It just doesn't work. I've seen them scattered around. There are only 3 types. The first type is the big fat guy who is bald on top and has this nasty looking unwashed silver rat tail of hair hanging from the back of his head. The second is the gangly dude who is way too skinny, walks weird and is a former or current junkie of some kind, be it through drugs, alcohol or both. He has a full head of hair, but it looks like he combed it with a cheese grater. The third is a variation of the second where he dyes his hair jet black and slicks it to the point where it looks like plastic.

Metalhead chicks who get old are even worse. All those tattoos she got in her teens and 20s are now all stretched out and faded, she gained 100 to 200 pounds and has some nasty bingo wings that flap like a tattered flag, flabby cottage cheese boobs, an ass that looks like a worn out sofa cushion and has a big ol' gunt going on, a.k.a. FUPA. You can Google those if you want to know what they are. Be warned, it's not pretty. Don't say I didn't warn you.

When I was at NAMM 2015, I picked up a couple promotional shirts. One of them I didn't want but took anyway, and the second was one that I genuinely thought was a cool shirt. It's a black tee that has this wild graphic on it, and I was sure that I'd enjoy it.

I get home, put on the shirt and then go look in the mirror. What I saw in the reflection was a man wearing a shirt he has no business wearing. I saw a guy with some serious redneck NASCAR crapola going on.

Obviously, I've never worn the shirt in public. And I never will.

I won't say which guitar company made the shirt I thought looked good, but here's another shirt that looks similar to it. If you are over 40, or heck, even if you're over 30 and you think that shirt looks good, think again. It doesn't. Proper men don't wears shirts like that but rather shirts like this so one doesn't look like a complete idiot.

Side note: Not all tees are bad. It's the graphic ones that are dopey. The worst of the worst is the three wolf moon shirt. That shirt is so bad that it became an internet meme, and that's the only reason it's still for sale. It's now considered a joke shirt.

As a guitar player...

The deal with being a metalhead guitar player is there's this unwritten rule that you must listen to only metal, play only metal and do not deviate from that. Ever.

Yes, it is as stupid as it sounds.

Once I realized how stupid it was, that's when I started becoming a much better guitar player. I started listening to all sorts of different music, trying different styles, different scales, different everything, different guitars... it was a whole new world opened up to me.

Were I a metal player, I never would have bought a Jazzmaster and never discovered surf rock, rockabilly or any other number of styles I've listened to and taken inspiration from.

Do I still listen to metal? Rarely. Whenever I do, I literally get a headache from it after only a few minutes and I'm not kidding. I'll listen to a metal song or two just for a quick nostalgia fix, then go back to listening to stuff that doesn't sound like a cacophony of cats in heat.