What do you do as a musician when album sales continue to dive? 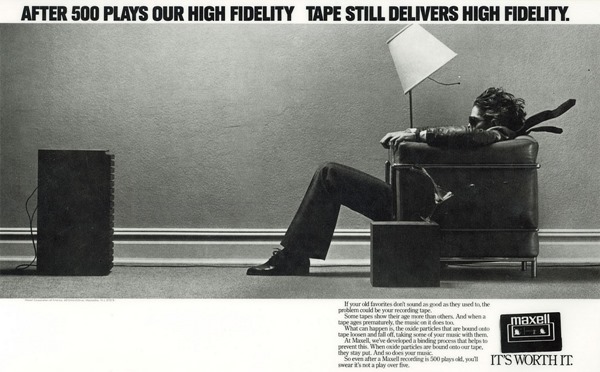 Album sales aren't what they used to be, but that needn't concern you.

Over the course of my lifetime, I've seen the birth and death of not one but several audio formats concerning music sales.

What's a musician to do?

It's an interesting time concerning music sales because nobody really knows what the heck to do anymore. Ever since 2000, music sales haven't just plummeted, they've tanked and tanked hard...

...which doesn't really leave the musician with much of anywhere to go except one direction. Solo, but in a very unique way.

What I suggest these days for a guitar player to do is this:

Only release your music on YouTube and BandCamp, and only from a YouTube partner account if you have one. If you don't have one, get one.

What this allows you to do is release your music for free and have it be advertiser-supported. Also, if anyone wants to actually buy a copy of your song(s), they can do it via BandCamp.

The total cost to do all this? Zero, as in free. And once you get your traffic built up, it pays real money.

The trick however is getting people to your YouTube channel so you can get those views coming in.

None of them got famous for their talent, riffs, or songs.

All of them got famous for mentioning famous brands for guitars, amps, pedals and so on in the title and description of the video.

The entire reason you found those now-famous guys to begin with is for one of two reasons. You were either searching for more information on a specific guitar, pedal or amp, or the guy was listed as a "suggested video" either after the video or as a little clicky thing near whatever video you were watching at the time.

What this means for you is that if you want attention, you already know what to do. Start talking about known brand stuff.

Do you need to actually own the stuff to record a YouTube vlog about it? No, of course not. All that's required is just sharing your opinion on a thing and making sure to mention that thing in the title, description and keywords. After that, record many vlogs talking about different things, as in different guitars, different amps, different pedals and so on. The traffic will come.

Then, when the time is right (and only you will know what that is), start releasing songs.

The word vlog is the shortened version of "video log". While your goal is to get out there, make music and sell it, you will find that more often than not that it's a guitar player's vlogs that usually command the most traffic.

Why is this? Because it's more interesting. It's conversational. It's a life, and you're watching that life. Yes, it's just a talking head, but it's certainly more entertaining than "just another guy playing a guitar on the internet".

A vlog is one of the easiest videos to make. Grab a webcam or a smartphone, record a 3 minute video, send to YouTube, title it, enter a description, enter some keywords, set the category, done.

Remember, you can do all this without your real name. You could invent a character or use a band name even if there is no band. Do whatever you want.

Will I personally do this?

Technically, I did do it before. Some of you might remember the "dick vlog". All those videos are still out there with most of them set to private. There are people who still follow me to this day who found me originally via those videos.

I purposely made vlog videos in a very quick-and-dirty style, most of which were under 3 minutes long. I just sat there, complained about something musician related, then brought the video into Windows Movie Maker, cut it up jump-cut style, saved, and published.

Were the vlogs successful? Yes. My existing subscriber base initially took a loss, but then bounced back big time with a whole new crop of subscribers after that, and the comment section for several of the vlogs was doing quite well. I made it a point not to read any of the video comments because I knew it would be nothing but vitriol, which it was.

The videos were popular, to be sure, but I just lost the nerve to continue doing it because I'm more of a writer than a vlogger. Sure, I can vlog, but I prefer to write. You, however, would probably find it much easier to vlog than write.

My whole point to mentioning all this is that you should vlog, but in your own way. Grab something that can record video and start posting to YouTube. Don't worry about quality or details or whatever. Just start posting. Drop famous instrument/amp/pedal brand names, talk about them, say whey they're great, why they suck or whatever. Just get the videos out there.

Never use background music. Just talk and only talk. That's it.

Never use images in videos either. All that needs to be seen is your face.

Don't "fancy up" your videos. Make them quick, post them quick. Keep your video creation process as stupidly easy as possible.

Remember, you will know when the time is right to release a song or two. Build up the following, get people talking, then release a song on YouTube with a link to buy it on BandCamp.

How fast can you do this?

That depends on you. I'm not saying this as an evasive answer because it literally does depend on you.

If you keep your video creation process stupidly easy, yes, you could post a video every day, but I wouldn't recommend it. I'd suggest no more than 2 to 3 videos per week.

"There's no way I can produce content that fast!"

Oh, yeah? Can you talk for 3 minutes about something? Could you do that 3 times in one day? Of course you could. There's your 3 videos for the week.

How do I know this can be done? That's how I did the dick vlog. Seriously, anyone can do it.

Now as for speed of popularity, if you purposely talk about hot-button topics with musicians in your vlogs, you could grab a lot of attention in a very short period of time. All it takes is recording those videos, post them and see what happens.