Which guitar effects are worth spending more money on? 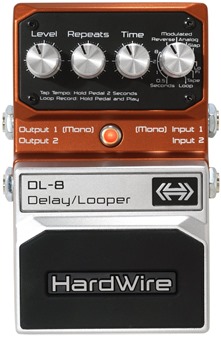 I'm writing this one based on a recent email conversation I had with someone asking about guitar effects.

While I sing the praises of cheap guitars and cheap gear whenever I can (if you can get away with getting great sound for cheap, that's always a plus), there will be times when you'll have to spend extra to get "that sound".

Which effects are cheap and which cost more to sound any good?

No need to spend a bunch of cash on this, as dist/od is one of the most basic guitar effects that exists.

There is no such thing as a "good" or "bad" dist/od pedal, because they all operate the same. The difference is in how it's wired and what controls you have.

Smarter players look for features and don't don't go by what the name of the pedal is.

For example, there are blues and classic rock players who use a cheap-ass Death Metal Distortion pedal. Why? It has a 3-band EQ on it, whereas most dist/od pedals only have 2-band.

In the more-expensive department, some blues guys use the Metal Muff because it has a 3-band EQ, master volume and a drive level (labeled "dist") and a booster on top of that. For those reasons, it's a great drive pedal even if you never use it for playing metal guitar music.

Be a smarter player and examine dist/od for features more than anything else. Most of you out there would probably really like the Metal Muff because it has all the tonal control you want that's suitable for just about any amplifier, be it solid-state or tube-type.

You should go as cheap as you possibly can with wah-wah since nearly all of them exhibit the exact same problems. After less than 6 months, they "scratch", and then the foot switch mechanism starts to fail, then it starts squeaking and creaking, blah blah blah, etc. All traditional-made wah-wah pedals do this...

...except one, the Morley PWO. No potentiometers in it, because it uses optical circuitry. Yes, it costs slightly more and it may not "look cool", but it sure will last a hell of a lot longer and always operate properly.

You go cheap with chorus because it is an effect you will not use that often. Many guitar players think chorus is something they'll use all the time, but that's rarely the case.

Chorus is bought because of a "sounded like a good idea at the time" reason and for no other, so you should go as cheap as possible with it. Behringer UC200. Cheap, works.

A useless effect for most guitar players. Don't buy it.

You thought you wanted a flanger, but in fact you wanted a phaser. Behringer VP1. This is exactly the phaser guitar players want, and it's dirt cheap. Just one knob. And yes, that's all you ever need out of a phaser pedal. Anything more is just useless fluff.

BIG IMPORTANT TIP: How good or not-good your phaser sounds is directly affected depending on whether it is before or after your distortion/overdrive effect. If you're trying to achieve a Van Halen type of phaser sound, the phaser is placed after distortion in the effect chain and not before. But by all means, try both. Try the phaser before the drive and after the drive and see which sounds best to your ears.

Delay: EXPENSIVE (but totally worth it)

The delay effect is one that is absolutely worth spending good cash on, because I guarantee it will be one of your most-used guitar effects.

Why put cash into delay? Because it brings about sounds that no other effect can do. A delay pedal when set to a short-millisecond delay acts as a chorus pedal. Long-delay can add in a cinematic big quality to the sound. "Fading" delays where each repeat loses a little treble in analog style (which many modern digital delays like the ones mentioned above emulate) really give a new dimension to a guitar sound.

I'll put it another way. A good delay pedal can be the difference between a guitar sounding like absolute crap and sounding sonically perfect. I'm not kidding. Delay can make a total piece-of-crap guitar sound positively beautiful, and makes expensive guitars sound even more expensive.

If there is any one effect you put cash into, it's delay.

Most players need compression and don't even realize it. Fortunately, it's really cheap.

Think you need a pickup upgrade? I'm betting you don't. If you want your notes to last longer and be heard better, get a compressor.

I wrote about this recently with a full article, but the short of it is that you don't need to spend a ton of money on this anymore. It used to be true you had to, but these days there are lower-cost options. Namely, the Hotone Skyline Series Wally Compact Looper, and the TC Electronic Ditto. Both are great, both are built well and both get the job done in fine style...

...but I personally think the Wally is better. It has more features and it's cheaper.

Looper pedals at this point haven't reached cheap level yet because the compact looper is still a relatively new thing. In a few years they may bust below the $50 price point, but not now. You're going to spend a bare minimum of $70 to get a looper pedal at the time I write this and that's just the way it is.

Worth it? Yes. Looper pedals are great, and I plan on getting one myself (and yes it will be a Wally).