What is the secret to perfect fuzz guitar? 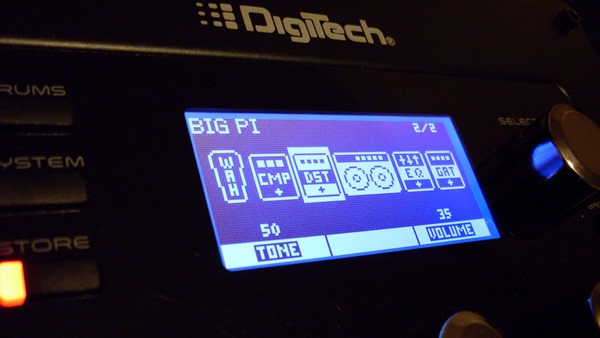 Fuzz tone is something most guitar players get wrong because they ignore the one setting they should pay attention to the most.

When it comes to the fuzz effect, wow do you have a lot of choice. And I mean a crazy amount of choice. From that link alone, you could spend hours going through all those fuzz effects, and I'm not kidding.

My preference is digital fuzz using the DigiTech RP360, which has 8tavia (which I believe is Octavia,) Later Fuzz, DOD Classic Fuzz, Face Fuzz (emulation of the Fuzz Face,) and my favorite, Big Pi, an emulation of the Big Muff Pi.

So what's the secret to great fuzz?

As you will see on that first link, there are many fuzz pedal effects that do not have a tone control of any kind. Instead, you just get a master volume, fuzz level and nothing else. The Fuzz Face is an example of this.

Why does the tone control matter so much on a fuzz effect?

I'll use the Big Muff Pi and Fuzz Face as the examples here.

Let's say you have two guitars. A trebly single-coil Fender Telecaster and higher-output Gibson SG that has far less treble than the Telecaster does.

With the Fuzz Face, it is pretty much guaranteed that you will love the Fuzz Face on one guitar but hate it on the other.

With the Big Muff Pi, you can use its tone control to shape the sound to the guitar currently plugged into it, allowing it to work with both guitars. That's the big difference right there.

A tone control on a fuzz effect doesn't do what you think it does. Instead of it acting like EQ, it acts almost like a wah pedal. This is a good thing.

Tone control makes for a far more usable fuzz effect. It even helps out when shaping a sound to whatever amp you're using at the time.

A lot of players don't know that Eric Johnson is quite a fan of the fuzz effect. And yes, it's true, he has a signature Fuzz Face pedal. Would I personally use it? No. I'd go with the Big Muff Pi instead any day of the week because it has a tone control while the Fuzz Face does not.

If you are going for that Eric Johnson tone, a delay effect is required along with the fuzz. He does use a BOSS DD-2 along with a Deluxe Memory Man.

Personally, if I were going for that "echo over echo" sound, the BOSS Tera Echo can do that in a single pedal.

Fuzz and delay actually do work very nicely together. Not so much for rhythm, but for lead tones it's a great sound.

What? You haven't tried a fuzz effect yet?

If you've been trying and trying to get "that sound" but can never seem to hit the mark no matter what (especially for your lead sound,) the thing you're missing is probably fuzz.

Fuzz is a very old-school effect, but it does work wonders. I recommend the Big Muff Pi linked above, but you can try out any one you want. However, as I also mentioned, I strongly suggest getting one with some kind of tone control on it. Believe me, you will very much appreciate having effect-level tone control on your fuzz.