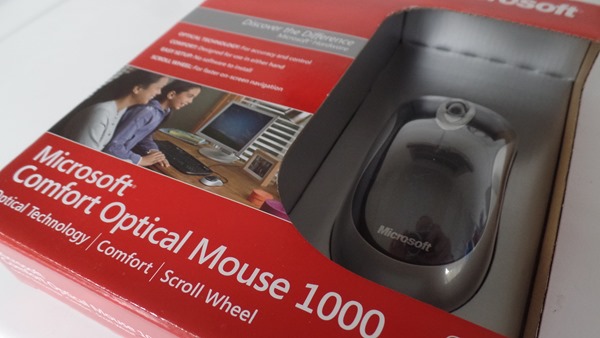 I'm getting to the point now in my computing life where if I have a piece of hardware that I really like but isn't made anymore, I will seek out an original and buy it. I got lucky and found a new-in-box replacement for my favorite mouse.

Above is a mouse I already own, a Microsoft Comfort Optical Mouse 1000. The original I have is still in use. But after all this time, it's starting to show its age, as the scroll wheel is starting to "stutter" a little bit, but only periodically. I gave it a good cleaning and the problem appears to have gone away, but it may return. If so, I'll toss it and start using the NOS (New Old Stock) one I just bought.

Before I explain why I bought the same thing again even though there are computer mice today that far exceed it in both technology and performance, a few photos. 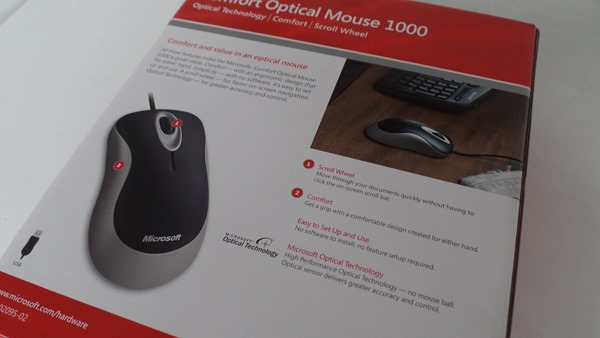 Above: Back of the box. 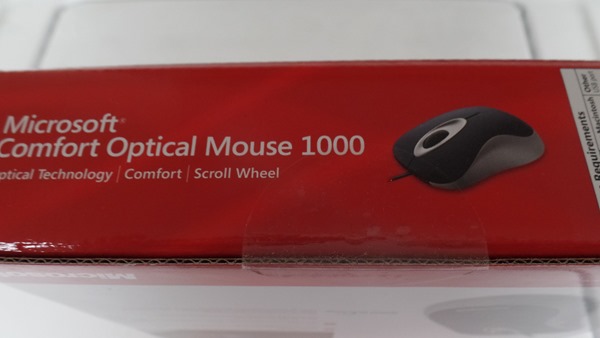 Above: The box still has original tape on it, confirming it has never been used. 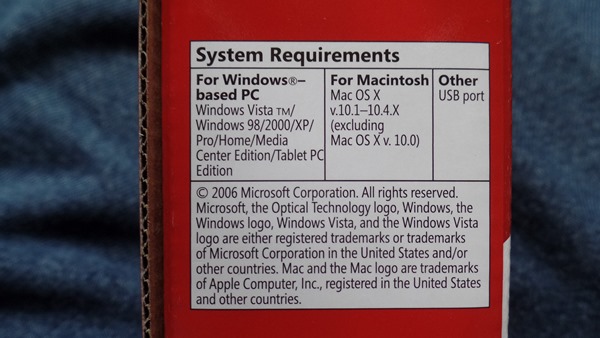 Above: A copyright 2006 notice, meaning it was most likely manufactured
in 2005, hence a 10-year-old mouse. Notice there is no mention of Windows 7; it didn't exist at the time. There's also a mention of compatibility with Windows 98, and that's something you definitely don't see anymore.

The total I spent for this mouse was $22, shipping included.

Yes, I am totally aware a new wired USB mouse is under 15 bucks. But I wanted the Comfort Mouse 1000 specifically.

The guy who was selling this had something like 12 of them on eBay. He probably came upon a whole box of them either at a department or thrift store, bought the whole lot and is now selling each individually. And that's fine.

Did I pay too much for this mouse? That depends on your point of view.

Technical-spec wise, yes I paid too much for it because there are much better mice out there.

Condition-wise, I didn't pay too much. It's rare to see a box this old in this good of a condition with absolutely zero damage to it. No dings, no dents, no condensation damage, no heat damage, no light damage, etc.. This mouse most likely spent its entire life inside a sealed box in a warehouse after it came off the production line. This thing never saw a store shelf. You can't ask for much better than that.

There are certain pieces of hardware that, while inferior compared to modern stuff, feel the best. The feeling isn't only from the physical touch, but also how the control software interacts with the OS.

The Microsoft IntelliMouse software runs flawlessly with Windows 7, which is what I use. And I intend to keep on using Win7 for a while yet. The mouse software just runs and I never have to think about it, never have to tweak anything because it's already tweaked to my liking, and just plain works. That's the best kind of computer software one could have.

I am totally used to the way the 1000 tracks when I use it. While it's nowhere near as precise as a modern mouse, I've been using it so long that I have muscle memory that always gets the pointer exactly where I want it to go.

The way the wheel tracks is, for me, perfect. Not too loose and not too stiff. It has that just-right tension to it.

Now you understand better why I was willing to pay a little extra for it.

Another reason why I bought this mouse now is because traditional desktop and laptop computing is slowly but surely going the way of the dodo.

This is a snapshot of 8 hours of web traffic to this site, just for the top 5: 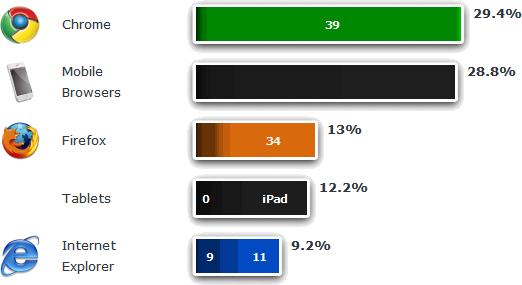 When you combine Mobile Browser + Tablets together, that means 41% of the traffic here from the last 8 hours was done by people using phones and tablets.

Now for anyone that tells me desktop computing isn't dying, my own web traffic stats say it is. Back in 2010, mobile traffic only accounted for maybe 3% to 5% of all web traffic here, and that's being generous. Now it's 41%. And soon enough, the mobile traffic will outweigh the desktop traffic. Probably in less than a year.

What this says to me is that for any computing hardware stuff I like that's now old, buy it now while it's still available. So I bought the mouse and didn't think twice about it.

If there is a specific piece of older PC hardware you like that's still available new-in-box, be it through a major retailer or via a seller on eBay, my advice is to just pony up and buy the whatever-it-is, because it'll be gone sooner than you think.

Mobile computing, in all its crappy glory, is taking over. Get used to it.