Why you will never be a rock star, and why that's okay 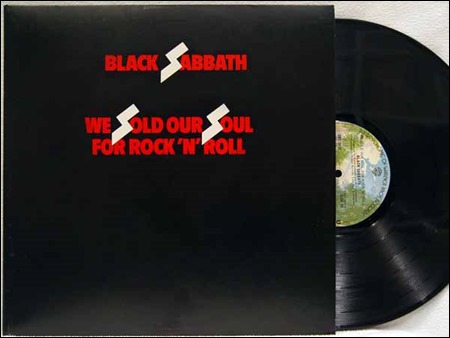 Trying to become a rock star in this day and age is a total waste of time because nobody wants you to be.

The Last Great Rock Stars existed in the 1990s. After that, they pretty much vanished.

There basically is no such thing as the traditional rock star that fills arenas anymore. That time has long passed, and it's not just because of internet. People simply cannot afford it anymore.

In the past, there was The Machine in effect to create a rock star, but today that machine is totally broken and doesn't work anymore.

From the 1950s to the 1970s, The Machine was record labels, radio and television variety shows like The Ed Sullivan Show. In the 1980s, the variety show was kicked to the curb, replaced by MTV. In the 1990s, MTV was still a force, but started introducing original programming with The Real World in 1992.

Side note: Yes, MTV invented "reality television" with that show. And we all hate MTV for it.

Then the 2000s came, and with it broadband internet speeds and file sharing. Uh-oh.

Since the 2000s, there's been a steady decline in music sales. And yeah, you can blame internet for that. However, every single part that made up The Machine is in serious trouble.

Radio has no influence on music sales anymore. The most popular radio programming these days is the talk format (political talk shows do quite well.) Record labels, which are basically nothing but PR companies by the way, only care about bubble gum pop and crappy rap music. MTV is a joke and has been for years.

In other words, The Machine is dead.

Want to be a rock star? Think smaller.

Okay, so as a rock guitar player, bassist or drummer, you know the music industry hates you. That's fine because The Machine is broken and wouldn't work for you anyway. Screw 'em.

Step 1. Decide on a format

Country bands make the most money. You play country, and you can basically play anywhere. You can also throw in original music and nobody complains about it - a big plus.

Oldies rock bands do well because you can play anywhere, similar to country bands. The money isn't as good as with the country band, but you can still do well.

Classic rock bands do okay, but you have to work twice as hard to get people to show up to your shows. However, once you establish a regular line of gigs, the pay can be good. Not stellar, but good.

Metal bands make the least money and are dead last. There are very few places to play, so you will have to create your own venue.

I said in a video a while back that the best thing for a metal band to do is to make the practice space also the gigging space.

Find a building owner willing to rent out a large space to you for cheap where you can play as loud as you want for as long as you want.

Put together a set list of 30 classic metal cover songs, which will end up being about 2 hours of music. Do all the biggies. Cover classic Metallica, classic Slayer, etc. You know the drill.

In the local flyer, advertise a "Classic Metal Night," and that it's 5 bucks a head to get in. Advertise this a full week before you put the show on, and be darned sure you state in the ad WHERE you are. Give directions. List a web site with directions too.

Keep doing "Metal Night" shows, learn as many covers as possible, fill up your space every Saturday, and that can end up bringing in the band $1,000 a month if you do it right.

Want to do originals? Go ahead, but only after you start getting a following and not before. People are showing up for the covers and not the originals. But you can swing that around later so that people show up for your originals and not the covers. However, that will take time. Do it slow.

The key thing is making the locals AWARE you exist, and the best way is advertising in the local flyer. Yeah, you can have a Facebook page or Twitter profile if you want, but it's the flyer that will really kick things off right. Remember, a lot of metalheads gave up on social media a long time ago, both young and old. Don't depend on social media to get the word out, because it's just not enough.

One last thing before continuing. Know that metalheads are notoriously cheap. Have a big dude or two stand at the door and not let anyone in that doesn't pay. Everyone has to get their stamp on the wrist (or colored paper wrist band or whatever you decide to use) as proof of payment, and that requires a fiver. If you don't do this, people will pour in for free, and you'll make no money. Do not be afraid to turn people away who don't pay, because remember, you're probably the only good metal show in town. To give the bouncers incentive to do their job, promise them a cut of whatever cash is made that night. Make it reasonable. Also be sure to use bouncers you can trust that won't just walk away with all the cash.

This basically means how much time you're willing to travel in any one direction to play a gig, and it varies depending on where you live.

If you're doing the metal band thing, travel is minimal because your practice spot is the gigging spot.

For every other type of band, note that I said how much time you're willing to travel and not distance.

A gig that's 30 minutes away is no big deal. A gig that's 2 hours away is a big deal, because that means 4 hours total travel, not including set up and break down time.

Do not play places where the travel time is too much to deal with. Stick to a radius where the most travel required is 1 hour each way at most. Chances are pretty good that too-good-to-be-true gig 2 hours away will in fact be too good to be true, you'll show up, the gig will be canceled and you'll go home with no money.

Step 3. Create your own gigs whenever possible

I mentioned this with the metal band thing, but it can apply to any other band type as well.

When you run the show, you know it will happen, and that's a nice comfort zone. As far as how you get paid for those gigs, I'll mention something I've mentioned before. Break out the tip jar. After every second or third song you play, mention the jar, tell the audience if they like the show that anything thrown in is appreciated. It really works. Some bands routinely get $500 just from tips alone. Sometimes more.

Where to set up and play? That I can't tell you because I don't know your area. But the easiest ones would probably be car shows and biker meet-ups. Set up an open tent, plug in and go.

Minimum two gigs a month, even if you have to create the gigs yourself.

Use local flyer advertising. Also give away free t-shirts at every gig so you can make your fans walking advertisements.

Approach a local business, as in a business that's truly local like a lumber yard, pizza shop, tattoo parlor or something like that. Work a deal with them where if a customer walks in and mentions "[Your band name] sent me here", they get 5% off anything in the store, and in exchange, your band gets free advertising space on their storefront.

Send businesses customers, and they will reciprocate and give you stuff back. This is the old "I scratch your back and you scratch mine" way of doing things. Win-win situation, and the word about your band is spread, which brings in more attendance to your shows.

Put on a show. Dress up. Jump around. Make the show like a stage play. Use props. Tell jokes. Too many bands just stand around like lumps and are no better than a karaoke machine, and a bad one at that. Do something while you're playing.

Humor can be used, and there are countless ways to put humor in the show.

"This next song is called John Goodman Would Probably Win a Diarrhea Contest if Given The Right Amount of Food and The Right Set of Rules..."

"WE DON'T HAVE A SONG CALLED THAT!"

Yes, I totally stole that joke from Robby Road Steamer.

With props, get inflatable baseball bats or inflatable hammers that squeak when you hit someone with them. Purposely have someone in the band make a mistake with a song, stop the song, then say:

"Due to [band member] screwing up, he will now be punished with The Hammer of Shame."

[take out inflatable hammer from behind amp, whack member in the head]

You do stuff like this, and people will come back again and again. People getting whacked over the head with inflatable toys ALWAYS WORKS.

Stop being "serious" with your music

"Serious" musicians never get anywhere, because it leads to nothing but band drama, shortly followed by band breakup, and that's stupid.

Being entertaining is more important than being good.

Is this a reachable goal? YES. This is something you can do, do fairly easily and start making cash quick from it - but only if you drop the "I'm a serious musician" attitude.