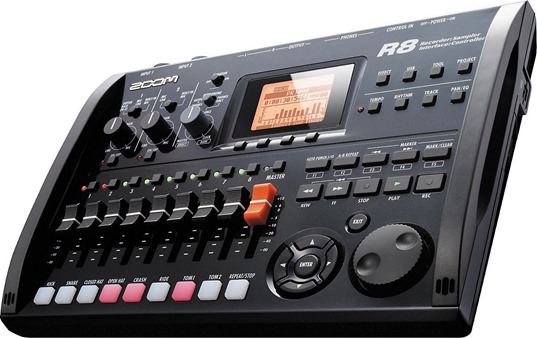 One of my more popular YouTube videos recently is How to bounce, loop, trim and sequence on the Zoom R8. I made mention of a book I'm writing, and several have emailed and asked me when it will be released.

I'm going to try and have it done this weekend. Hopefully, it will be released next Monday, April 6.

These are the reasons why it hasn't been released sooner.

Third has been trying to decide what to put in the book, and more importantly what not to put in it. For example, it's most likely true that I won't be saying anything about using the R8 as a USB-connected controller. Most want to know how to use the R8 in 100% standalone mode. Why? Because many who bought it specifically wanted it as a way to record without any laptop/PC involvement at all, which is totally understandable. (If recording with the computer, you'd use recording software instead of buying more hardware.)

Fourth is length. I don't want to clobber the reader (you) over the head with mountains of tech info, but at the same time don't want to omit anything that's important to know. Striking that right balance has been a bit of a juggling act.

But anyway, regardless of all that, I'm going to try my best to get it released Monday the 6th. I've made people wait long enough for it. 🙂