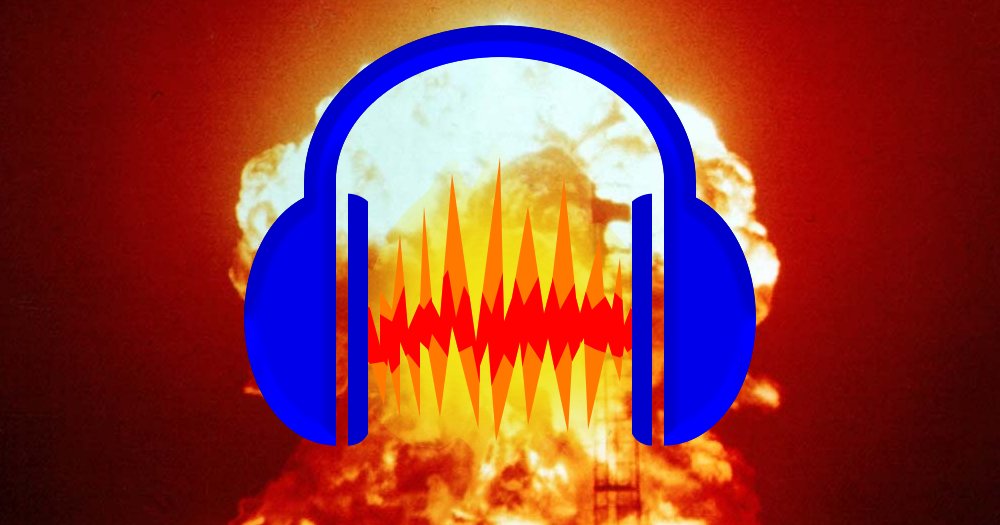 This is why I have not posted any articles or videos on Audacity yet, and may give up entirely on it.

I said earlier this year that I was planning on publishing articles and videos on Audacity. I haven't. And the reason I haven't is because of an absolutely incurable problem with Audacity. Varying latency or "lag" as most people call it.

When recording audio over USB, there is lag. There is always lag. I have gone into great detail over this before, but what happens is that when recording 100% digitally, there is processing time and that's where the lag originates. Ordinarily, this data processing time isn't bothersome in most applications. But when recording audio, it absolutely is and will drive you insane. It does not matter whether using USB 1.1, 2.0 or 3.0. The lag will always be there.

When recording music, everything must be in perfect time. Even if a recording is off by as little as 5 milliseconds between takes, your ear will hear it.

So what do you do? You compensate for it with a latency test and then adjust to suit. Audacity has a whole page dedicated to this to show how it's done. What you do is have Audacity create a rhythm track, then take a USB microphone and put it up to your output speakers, play and record at the same time, measure the millisecond difference, and then adjust the number accordingly:

But this doesn't always work.

Using a USB stick, memory card, SSD or a laptop? You might be screwed.

Audacity software's original release goes all the way back to May 2000. I mention this because even though the Audacity software has been updated over the years, it was originally developed for use on PCs with platter-based hard drives, as in HDDs. In 2000, nobody used SSD. And since the USB 2.0 specification was literally released the same year Audacity was released, nobody was using USB 2.0 then since it was so new at the time.

In other words, anyone using Audacity for the first few years of its existence was doing so using PCs with HDD storage media and recording audio via analog audio inputs. That was what people were using at the time, and nobody had any real latency issues to speak of unless their PC was ridiculously slow.

Why does it matter even knowing this? Because computers have changed a lot since Audacity started. Originally, Audacity users had a 100% lag-free recording experience. Now they don't. And it's not the fault of the software.

There is no fix for varying lag in Audacity

A problem that happens with laptops with an SSD as the primary storage media when recording over USB into Audacity is varying lag.

No matter what audio device you have connected, be it a USB microphone, USB guitar amplifier, USB audio interface or whatever it is, the lag "jumps around" and you absolutely cannot get precisely timed audio recordings every time in a multitrack session - even when latency compensation is correctly set. Sometimes the recording will be a few milliseconds ahead or behind and that's just the way it is.

The fix? There's only one. Use a PC (not a laptop) that has an audio card with analog audio inputs (specifically a card that has a "line in" input), and an HDD to store data to instead of SDD, and guess what? All the lag is gone.

Will there ever be a fix for varying latency in Audacity?

Recording over USB and storing to memory card/stick or SSD on a laptop with is a combination Audacity doesn't like very much.

This is not to say all laptops with that configuration disagree with Audacity and result in varying lag. But several do.

I said above it's not the fault of Audacity for its lag. What is at fault then? USB itself.

It is absolutely impossible to have a lag-free recording experience over USB. Anyone who says otherwise is lying. There is always processing time. You could have the fastest PC on the planet and latency will still happen when recording audio over USB.

I'm saying this just for the benefit of anyone who is thinking, "Maybe I just need a better computer." No, you don't. On the presumption your computer isn't riddled with junk or have some antivirus software choking the throughput, Audacity needs very little to run correctly. It can easily run on a computer made 10 years ago.

It's the USB that's the problem and always has been. That's the source of the lag. On laptops with SSD, the problem becomes worse because that particular setup can introduce varying lag. And again, it can't be fixed.

Fun fact: An old clunker PC with a clean new installation of Windows 7 or Linux on to a new platter-based 7200 RPM HDD and an sound card with a "line in" input will allow Audacity to record absolutely 100% lag-free multitrack sessions.

Yes, this means the use of a slower HDD and analog audio inputs is what Audacity agrees with most. It totally works. Everything will be 100% perfectly synchronized with your multitrack recordings. You won't even need to set latency compensation. It's that good.

Is it worth it to get that old clunker PC to do this?

For me it wasn't.

I stopped using Audacity and went with a Zoom R8 (a Zoom R24 also works). It has analog inputs and never, ever lags.