My experience driving around with an OpenStreetMap on a Garmin nuvi 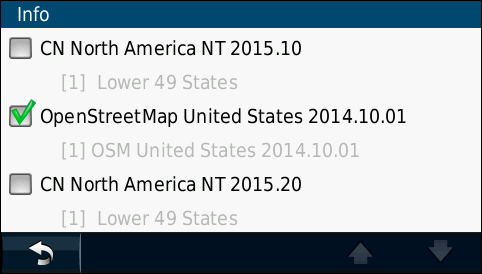 Even though my Garmin nuvi 40LM has free lifetime maps, I decided to give the free OpenStreetMap database a try anyway.

The experience was... interesting.

You're probably wondering why I have two "Lower 49 States" maps in my 40LM. The story of that goes like this:

Okay, so I load up the free OpenStreetMap database of the US. I wanted to see if this thing would actually work in a real driving test.

It did, but there were a few weird things that happened.

The first thing I noticed is that there's a lot of shaded stuff: 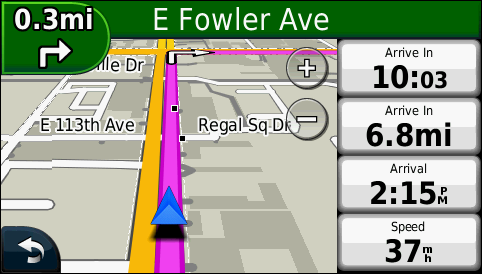 Those darker areas are buildings. Regular Garmin maps from NAVTEQ don't show this stuff. Nice to have, I guess.. but a bit weird.

The next thing I noticed were dashed lines around certain areas: 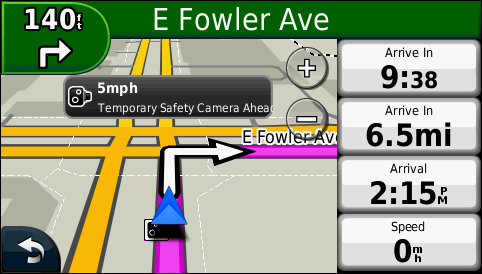 Some borders are thin while others are thicker. I've no idea why that happens, but it does.

Was the test successful?

Yes. I was able to navigate successfully with the OSM map. It's not as good as the NAVTEQ stuff from Garmin, but it's free and it works.

My reason for testing it in the 40LM wasn't to replace the Garmin map, but rather to add two other map sets, Canada and Mexico.

Now I have the US, Canada and Mexico all on the same unit: 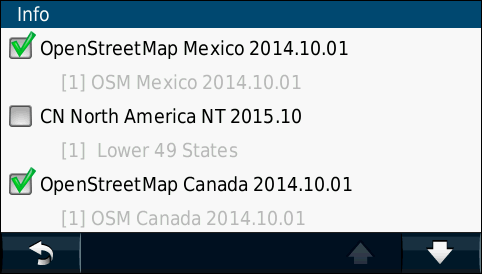 My other "lower 49 states" is one screen below because the nuvi only lists 3 map sets per screen at a time. Note the down arrow on the screen shot above; that's where the other map is.

Will I ever be driving in Canada or Mexico?

I don't plan on it, but the map sets are just one of those nice-to-have things, and I wanted to see if it was even possible to combine OSM with Garmin NAVTEQ map sets.

Given the choice between the two, I'd go to Canada because I don't speak Spanish.

Could one have a "world" map set on a single nuvi satnav?

That's possible, but not easy, and in fact, quite difficult to do.

The entire world of known map data that could be used in a nuvi is about 40GB in size. On a Garmin nuvi satnav, I'm 99% sure it would not recognize a microSD card of over 32GB in size. I'm also 99% certain that even on a brand new up-to-date nuvi model, it would not crunch data for map databases over 4GB in size due to file system limitations.

The easiest way (and I say that loosely) to have all that map data ready and usable would be to break up the data into 3GB pieces for a total of 14 databases, spanned across two 32GB memory cards.