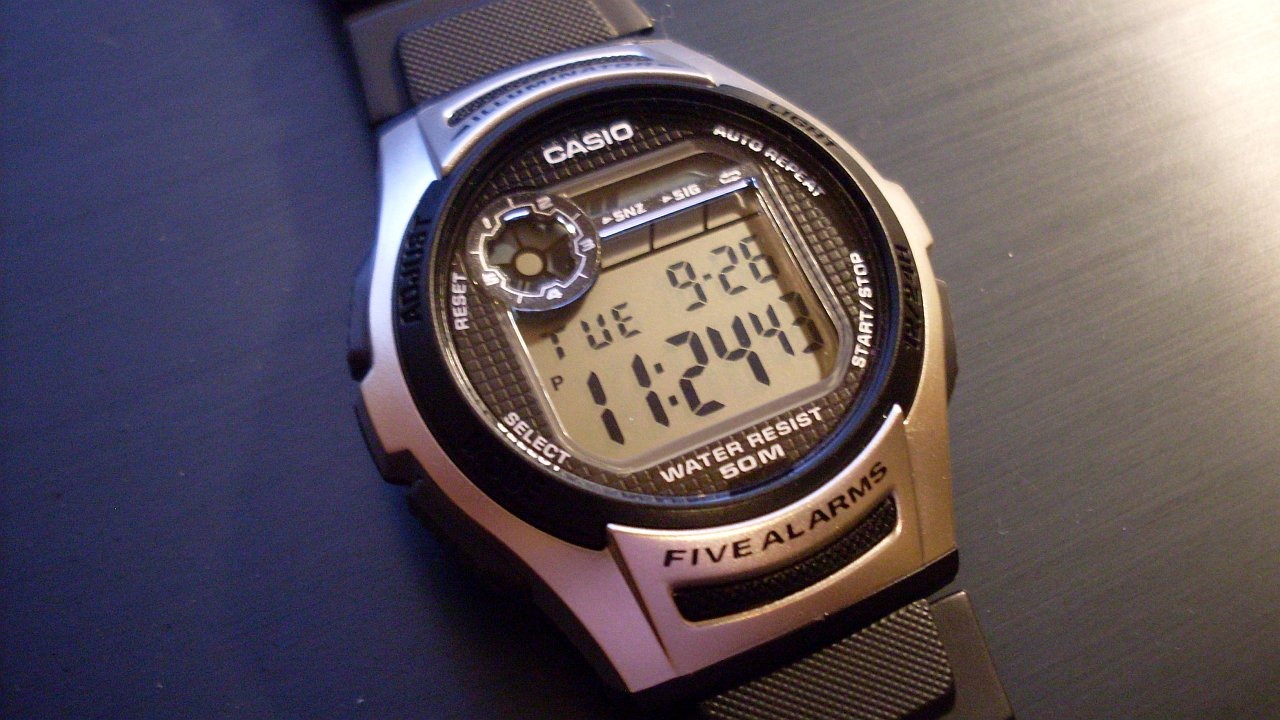 This may not the watch for everybody, but it is the right watch for me.

My Casio W213 arrived in the mail and I've been wearing for a few days. Do I like it? Yes. Will this be my new daily wearer? Also a yes.

Rather than get into the features of the watch and whatnot, instead I'll just concentrate on this stupid little hobby I have of collecting cheap Casio timepieces over the years and why the W213 might be the end of The Search.

Way back in 2011 (6 years ago at the time I write this,) I bought two Casio watches, the F-28W which is no longer made and the W59 which I later returned just because I didn't like it all that much. I bought them for the reason they were retro styled and reminded me of my childhood. I still have that F-28W.

In 2013 I bought an AE1200WHB-1BV. I realized that I actually liked digital watches but needed more functionality, so I sought out that very specific model because I thought it would do everything I wanted. It did. Sort of.

Since that time I've acquired a bunch of cheap Casio watches in the hunt for a digital timepiece that would do everything I wanted. What I came to realize is that I wanted a very specific set of features. I wanted something cheap with time/weekday/month/day on the face, multiple alarms, stopwatch and countdown timer with auto-repeat. Those specific features cover everything I want out of a digital watch.

Side note: I did in fact own the F201WA at one point but returned it. The display was great but the case a bit too small, even for me.

It is nice to have one watch that does it all

I used to have to swap watches just to get the things done I wanted to do on any given day. Now I don't have to. The little W213 has all the stuff I've been wanting in a single watch.

The watch measures 45.5mm long by 40mm wide by 11.7mm thick. On my 6.75" wrist it looks fine, but for larger-wristed folk the Ironman would be the better option, especially considering Timex offers an oversize version.

Why is the W213 not for everybody?

Certain Casio watch models are just "kinda there," and the W213 is one of those kind. It's a model originally released in 2009, so it's not old enough to be retro or classic, and it's not the most stylish thing in the world.

Most people would go for the Ironman over the W213, and that's fine. For me, the Casio is the better choice.