Has a successor to the Casio F-91W finally arrived? 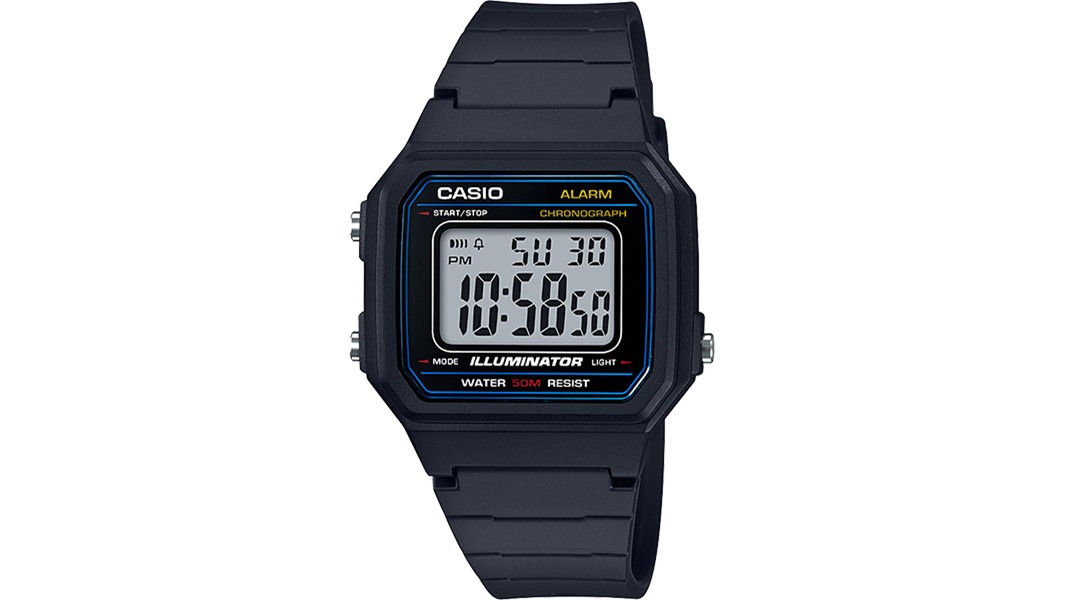 After all this time, Casio may have finally released something that's a proper successor to the F-91W.

Above is a watch so new that it's not even on Amazon yet, [Edit: It is available on Amazon now, see link] the Casio W217H.

The watch is cheap, just 20 bucks. Yes, I considered buying it but didn't just yet. I don't know if I will because I'm heavily favoring my A158WE these days. That's a watch I wear pretty much daily now.

The W217H isn't huge by any means, but it's noticeably larger than the F-91W. The digits are also taller and thicker but not really that much wider.

There is one thing that annoys me about the W217H. A very minor thing. The functionality of the top left and bottom right buttons have been flipped. The night light is now the bottom right and the button to switch from 12-hour to 24-hour or use for start/stop on the stopwatch is now the top left.

Why did Casio do this? Probably to address a common complaint of the F-91W. Many say it's too easy to hit the bottom right button and accidentally switch from 12-hour to 24-hour. I've personally never had that problem with the watch, but evidently a lot of other people have. So with the W217H, Casio just flipped the functions of the buttons, problem solved.

Aside from that button change, the W217H is functionally identical to the F-91W. I don't know what is being used for the night light. Most likely a green or amber LED but I know it's not EL. Another improvement is that the watch is 50M water resistant instead of just the standard 30M.

This model is obviously made to look very much like the F-91W. It uses the same battery, boasts the same 5-to-7 year battery life, has the same chrono and single alarm functions, looks good and has a larger-but-not-too-large case.

I love the plain styling of it, and again I might get it. Maybe. I really don't need another watch. But the styling of this works so well...