The best guitar effect is delay 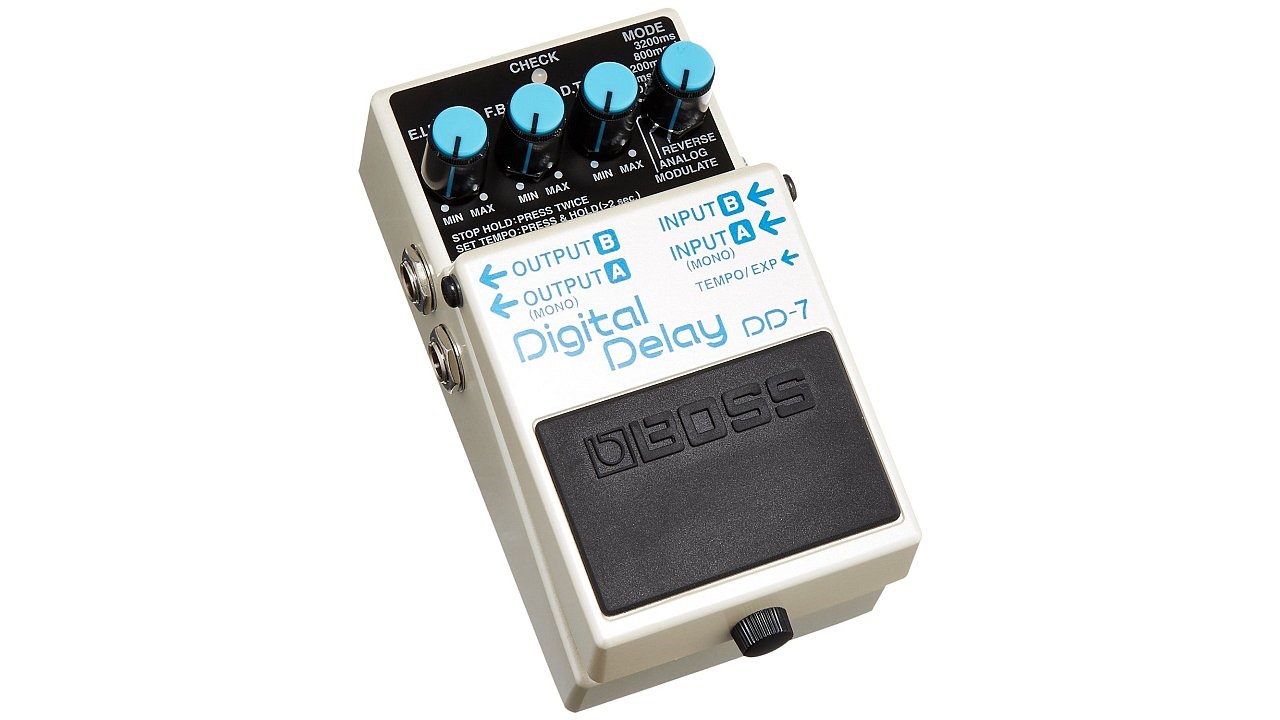 This is the guitar effect worth putting money into.

The DD-7 has never been cheap and never will be. When you buy that pedal (and you will at some point), it's going to hurt spending that much on just a delay effect. But once you use it, you'll quickly realize why it's the king of delay pedals. Perfect sonic clarity, rock-solid build and every option you would ever want or need out of a delay effect. The DD-7 is missing nothing. That's the one you want.

5 reasons why digital delay is the best guitar effect

Whether you have a small practice amp, a combo or a full stack, delay always works exactly how you would expect.

With any overdrive or distortion pedal, you must "tune" that to the amplifier you're using. And if you switch amps, you must "tune" it again. Digital delay doesn't require that at all. The only thing you have to adjust is the level of the effect and nothing more.

2. Works in any mixing board even when used direct

Digital delay is one of the few guitar effects that requires nothing "in front" or "behind" it to sound right. No special amp modeling is required nor any ultra-specific EQ settings. Just plug in, tweak to your liking and go.

3. Works the best with other effects

Delay works with anything. Whether it's distortion, overdrive, phaser, flanger, fuzz or even other delay effects, digital delay just works.

4. It's (almost) always better than reverb

Reverb is a very finicky effect. With surf guitar (which I play), yes, reverb is very desirable for what's known as a surf "drip" sound such as from using a BOSS FRV-1. But for pretty much every other music style, delay is always better. For country, you set the delay to a short "slap back". For soaring solos, sweeping long delays are used. For rock rhythm guitar, a light delay in the background adds more fullness to the guitar tone.

5. It works with any guitar you own

This is the biggest reason why digital delay is the best effect to have.

Take the very famous distortion pedal, the BOSS DS-1. You've probably seen this pedal before and may even own one now. Thousands of guitar players use it. Thousands of modders mod the pedal routinely. This is a very well-known pedal...

...and it sounds like absolute ass when pushing a Stratocaster through it, or any other trebly single-coil guitar for that matter. If you send a Les Paul or SG with its twin humbuckers through a DS-1, that pedal will sound great. But for the single-coil guitars, nope. Buzzy, nasty mess.

There is simply no guitar effect that is as versatile as digital delay.

Why not analog delay?

Arguably, the most famous analog delay is, again, made by BOSS, the DM-2. It was made in the early '80s and ones in good shape command high dollars. Certain models of the DM-2 have a very specific "spacey" sound to them; that's what makes it desirable...

...and at the same time makes it not the most versatile delay. On some amps it sounds great while on others it sounds awful.

When you want ultra-predictable, ultra-reliable performance and versatility out of your delay, digital is the only way to go. Sure, the DM-2 and other boutique analog delay effects may be "cool", but when you want a delay that delivers every time, digital is it.

Delay is not "cheating"

There are some guitar purists who, quite stupidly, believe that the only way to play "real" guitar is to have one amp (combo, half-stack or full stack), one cable, one guitar and nothing else.

Ridiculous. This is not the 1950s. And even if it were, there was this crazy thing called the EchoSonic, the first portable guitar amp with a built-in tape echo effect used for that oh-so cool slapback sound. Look it up. It was used a lot. Chet Atkins himself bought the second one ever made in 1954. If that's not an endorsement that the delay effect is cool, I don't know what is.