I thought I saw the coolest looking Double Jet before, but this one is even cooler.

The last time I talked about the Gretsch Electromatic Double Jet was when I saw a two-tone version that I thought was a seriously nice looking guitar.

But this Double Jet in Broadway Jade is even better. 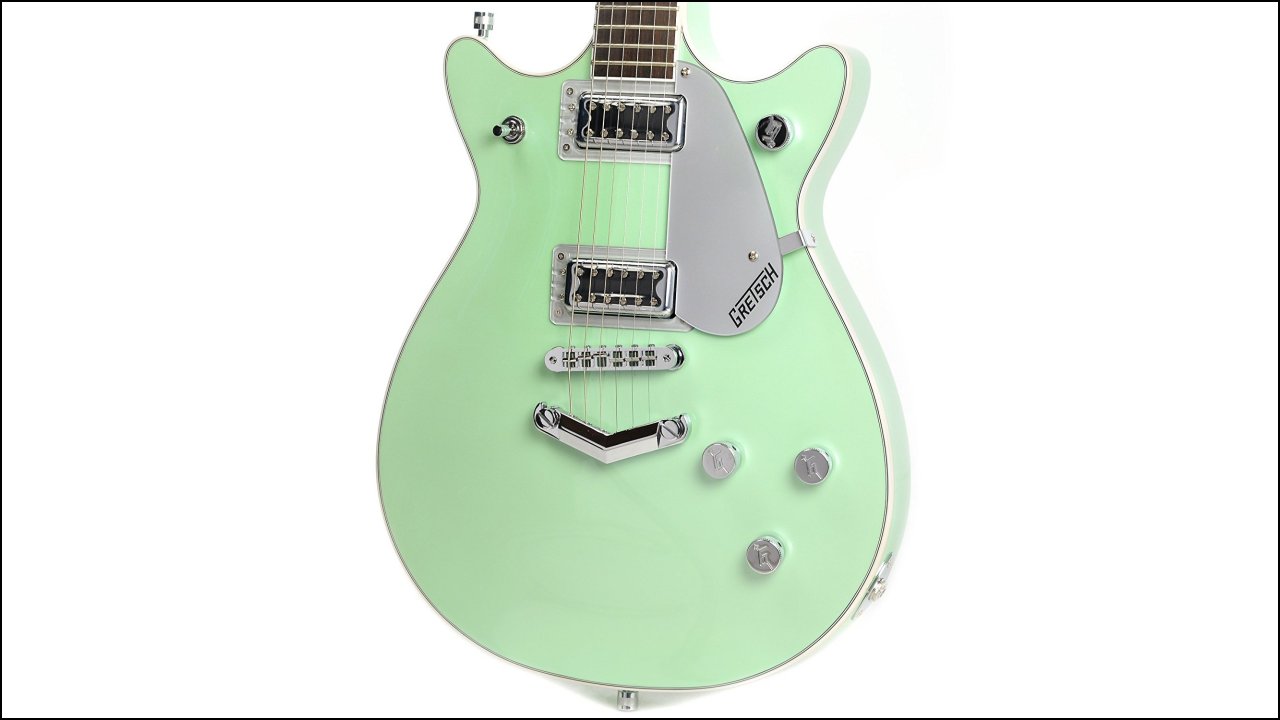 There's no gold hardware on this one, but that's fine because the chrome works so well here.

The look of this one is like a classic Chevy Bel-Air from the 1950s. Gleaming finish, gleaming metal and just an awesome appearance all-around.

As far as the particulars of the guitar is concerned, this body is fortunately chambered basswood to keep it light in weight. Fingerboard radius is 12", frets are medium jumbo size and pickups are Filter'Tron.

The sound is something I best describe as "twangy humbucker." It has a bit of a semi-hollow body humbucker sound to it, meaning more treble and mid with less bass.

Killer guitar as far as I'm concerned, and what a look.