I bought a G-SHOCK 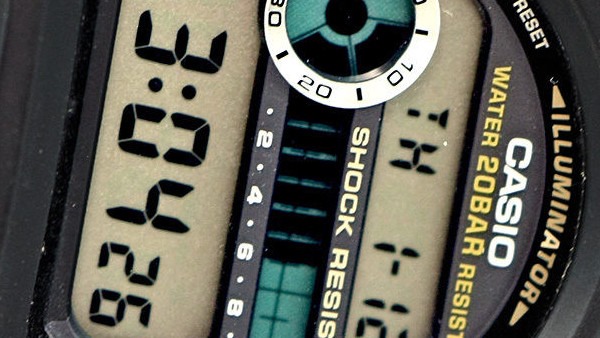 ...but it's not here yet. I'm going to keep which model I bought a secret until it arrives and I've checked it out. It's a timepiece I'll ether love and keep or hate and send back. But no matter which happens, I'll definitely be writing up something about it.

(You can try to guess the model and email me if you think you know which one I bought if you like.)

For now, what I will say about the watch is this:

First, it is the first watch I've ever bought used. The eBay seller reported the watch as a store return in mint condition. I'll be receiving the watch only, meaning no box nor manual. But that's okay because of the second reason.

Second, I bought it for about 35% less than what I would have paid for it new. It was only 29 bucks shipped.

Third, it is not one of the models I mentioned just recently.

Why did I buy it?

While the model I bought doesn't have every feature I would have wanted, it is one of the very few models that I think will fit my wrist correctly at a price I'll probably never see again.

It is rare to see the model I purchased from eBay in used condition. And it's super-rare to see it in used and mint condition.

If this watch is truly in mint condition where everything works like it's supposed to, then it will be the best possible deal I could have hoped for.

Price was the main reason I decided to go for it.

However, there was a second reason:

I need a watch that can handle life

I was doing some stuff outside while wearing my CA-53. This stuff involved cleaning some things off using the garden hose. I accidentally splashed some water on the watch while using the hose. Oops. The watch was fine and didn't break or anything, but the fact I was actually concerned about it bothered me. I had to stop what I was doing, go inside, dry off the watch... and that was annoying.

It was right then and there I knew I needed a watch that could handle whatever life would throw at it. Whether I'm doing yard work outside, washing dishes, using it as a timer when cooking, etc., the watch just has to handle it without complaint. Worrying whether a little splash of water will damage my watch is just stupid, so I legitimately need something with better-than-average utility to it.

This is when I started seriously considering G-SHOCK watches. I examined the models I was reasonably sure would fit my wrist, and when I found a particular model on eBay selling at an unheard of cheap price in like-new condition, I just went for it. I just hope the watch truly is "mint" as the seller described it in the listing.

As stated above, whether the experience is positive or negative once after I receive my G-SHOCK, I'll be sure to talk about it here in a future post.