Is the Zoom R8 still the best game in town for standalone multitrack recording? 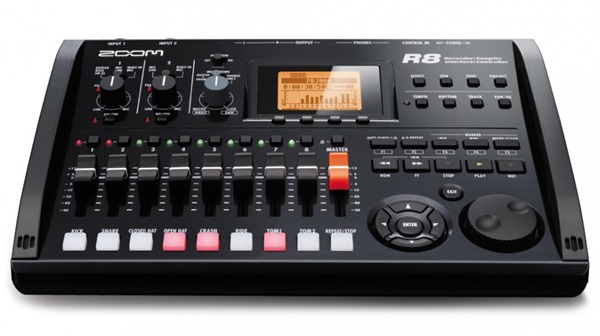 Does the R8 still hold up? Let's find out.

Concerning audio recording, nobody records with analog anymore except for annoying hipsters (as if there were another kind.) Everyone records with digital.

With digital, you have three hardware platforms to use. PC, mobile and standalone.

With mobile, everything sucks. I'm not kidding. Smartphone or tablet, doesn't matter. It all sucks. Don't even go there.

Then there are standalone multitrack recorders. While there are many shapes and sizes of these things, the ones that are most popular are units that are 8-track recorders, as they're just the right size for most desks, and can easily fit into a backpack to take from place to place.

Presently, there are still only two 8-track recorders worth owning, the Tascam DP-008EX and the Zoom R8.

I did own a Tascam DP-008 non-EX version before, but sold it and got the R8 instead. Not only does the R8 have a drum machine in it, but has a staggering amount of effects built into it for vocal, guitar or bass guitar use. The R8 just destroys the DP-008 in basically every way.

Actually, correction, every way except one. Size. Since the DP-008 doesn't have sliding faders on it, it is smaller. If you want the smallest footprint with a standalone 8-track, that's where the DP-008 shines. But everything else about it is inferior compared to the R8.

I did look around to see if any company has released any new standalone 8-track recorders. I couldn't find any...

...which means for a standalone 8-track recorder, yes, the Zoom R8 is still the best game in town. You can't do any better.

The only thing that sucks about the R8 is the manual. It's terrible. That's why I wrote a better one. 🙂