It's obvious most don't understand the vintage guitar market. At all. 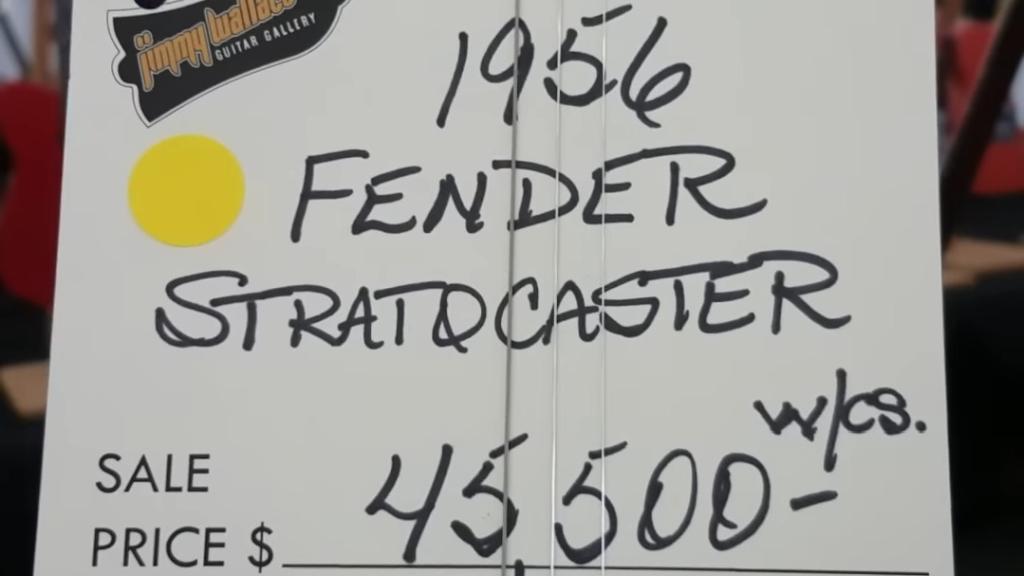 I attended the Dallas International Guitar Festival back in May. This was the third time I attended the event. It was cool as usual.

Before going to the event, YouTube had recently introduced a feature called Shorts, so I figured hey, I'll just make a few quick under-1-minute videos showing some of the ultra-expensive vintage electric guitars there, so that's what I did. After the event, I uploaded them.

August begins, and suddenly I see a huge spike in video traffic from YouTube Shorts to one of those guitar show videos. Before the spike, it had around 17,000 views. That's actually pretty good. After the spike, 320,000+ views. Whoa, nelly...

...and the comments started filing in. Many of them. Angry comments. Not at me, but rather what was shown in the video.

Before I get into this, the video is here if you want to see it (it's only 55 seconds long) and read the comments there.

While I highly doubt most people who watch that video will read this article, some might. I'm going to explain to you a few things about the vintage electric guitar market, and moreover why there were so many ultra-high-priced items all together, out on cafeteria tables (with nice cloths over them of course), out in the open in plain sight.

If you think the prices I show in the video are "OVERPRICED!" as so many comments on the video state, you're wrong. Good working condition 1950s Stratocasters are in fact worth that much.

Why? Because the 1950s was the golden era of rock'n'roll, of which Fender guitars were a large part of. This is something a lot of people seem to gloss over. Just about everything used to make rock music in the '50s has either broken, fallen apart or in some instances literally disintegrated due to age - but not the guitars. They're still here more than 60 years later, still playable, and can still be enjoyed.

The fact you can even buy a working '50s Fender now in the 2020s is a miracle in itself.

Are the guitars better than new ones? No, and it's foolish to even ask that question. You want modern? You want noiseless pickups? You want buttery smooth tuners? Buy a new guitar. When you want a genuine piece of real-deal Americana that guys in the '50s used to make the hits so many know and love, only the genuine article will do.

Why were there so many of these all in the same place?

Anybody who has "done the rounds" in the vintage electric guitar market knows there are certain guitar collectors and shops who own several examples of the genuine article.

Texas is a state that is home to several guitar collectors and shops who have been housing and caring for these instruments for many years. Yes, there are other states that do this, but Texas in particular has a lot of true vintage Fenders in good to excellent condition.

When these shops go to swap and sell, as they routinely do, they make their appearance at events like the Dallas International Guitar Festival.

How come these ultra-high-priced guitars weren't in glass cases?

Only the super-ultra-high-priced guitars get the glass case, and I made a video of such an example while there, a 1961 Gibson Black Beauty Les Paul.

And if you think that one is "OVERPRICED!", think again.

Why were these guitars out in the open?

Well, to begin with, the Dallas International Guitar Festival is a place where this can actually happen because it has proper security for such things.

Putting that aside, it is in fact normal to display guitars for sale like this even as high-priced as they are. Why? Because it's the most efficient way to do it. If every guitar was in a locked glass case, it would be a nightmare for the seller to set up the display. The seller would literally have to bring one to two extra trucks full of just glass cases in addition to the guitars themselves.

Also know that Dallas International Guitar Festival is not NAMM (which I also have attended). At NAMM, sure, you'll see some very ritzy displays, fancy lighting, fancy everything. DIGF isn't like that, because at its core, it is a swap meet first, and the first priority is buy/sell/trade.

"This is not my first rodeo"

I got my first taste of high-end guitars in Florida, second taste at NAMM in California for the new stuff, and third taste at DIGF (and Texas in general) for the high-end vintage electrics.

I do understand the reasons why certain vintage electrics are priced the way they are. It's part nostalgia, part Americana, part "investment" (which I don't agree with), part brand recognition, and so on. The vintage electric market dictates that right now, at this time, a vintage '50s Strat is $45K.

Something else I understand (and now you do too) is why some will spend $3K to $5K on a Fender Custom Shop Relic, or $2K on a Nash S-57. Those guitars are bargains compared to the genuine vintage article.

My advice to anybody who would complain about the price...

...is to go to events like the Dallas International Guitar Festival, and actually be around these vintage electrics. See them with your own eyes. Get up real close and personal with them, and then decide for yourself if you believe it's actually worth the asking price.

Using myself as an example, I did see one of my dream guitars there, a 1969 Fender Stratocaster: 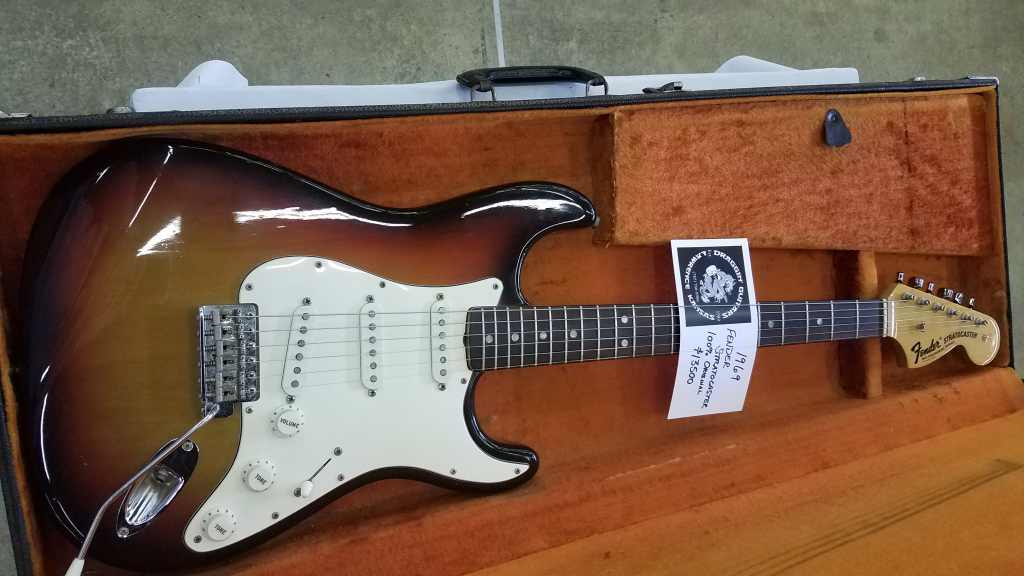 I not only touched this guitar but the seller allowed me to pick it up, examine it and strum a few chords. Felt nice.

Obviously, this guitar is not worth as much as a '56, but still, it's 5 figures to get one of these.

Did the price of this disappoint me? No, not at all. What I wanted to know, and found out, is how the guitar made me feel just bring in the presence of it, holding and playing it. For that particular '69, yeah it was nice, but not exactly the one I was looking for.

Instead of just running out on the internet and blurting out "OVERPRICED!", I instead sought out one of these, found it and gained some experience as to what the guitar is all about - which to me is valuable.

If you're thinking of doing the internet peanut gallery comment thing, don't. Go find the guitar instead and do what I did, even if you don't buy it. Get some experience with the instrument, even if it's only for a few minutes. It is well worth your time to do so.