How to find a long lasting cheap electric guitar

You can play cheap guitars and have them last a long time - if you know what to look for.

Above is the Fender Custom Shop Merle Haggard Telecaster; it is a ridiculously expensive guitar. However, this Telecaster is very non-standard and without question costs a lot to make. It is tone chambered. It does have a center maple block with alder wings.

It even has set-neck construction. No bolt-on here:

Something you'll notice on the headstock is the "TUFF DOG TELE" decal. This guitar is more than just a pretty face. It's built to take a beating. An absolute ridiculous amount of urethane is used on this guitar, particularly on the fretboard. On most Tuff Dog Teles out of FCS, you can physically see the urethane prominently on each fret edge on the board. While true this makes it a nightmare to refret, the advantage is that it's basically impossible for this guitar to develop fret raising or fret sprouting...

...which is something you can get on some really cheap guitars for next to nothing.

And that brings me to things to look for on cheap guitars that should make them last longer compared to others.

It is typical on cheap guitars with all-maple necks to be finished in a very thick coat of urethane pretty much everywhere. Like with the Tuff Dog Tele, this does make refretting a nightmare, but at the same time makes for a very long-lasting neck. This is why made-in-Korea Squier electric guitars built back in the '90s with 1-piece maple necks still work fine today. The electronics may be falling apart by this point (easily replaced for cheap,) but that neck is still going strong.

New cheaper guitars with all-maple necks still have the same way-too-much urethane finishing to this day, such as the Squier Classic Vibe '50s Stratocaster. Yes, the neck is super-shiny all over, but that's just the way it is and will in fact stand the test of time.

Does this mean all-maple necks last longer than those with rosewood fingerboards?

On cheap guitars, if the neck has the thick urethane finishing, yes. Fret wear will still be the same, but because the all-maple neck has the thick sealant on both front and back, that also covers the fret edges and helps to prevent raising and sprouting.

In addition, the thick-sealed all-maple neck is the easiest thing to clean. No wood treatment on your part is necessary since the whole thing is sealed and no open grain is present. All that's required are periodic simple cleanings with warm water and paper towels. Doesn't get any easier than that. The only unfinished parts of the neck would typically be where the bolts go in at the heel, the inside of the tuner holes and nowhere else. And since those two parts of the neck are never exposed, there's no need to treat them.

Am I saying to throw out your rosewood-fretboard guitars and go all-maple?

Not at all. I'm just saying if you want a neck that stands the best chance of lasting the longest time (aside from regular fret wear) on a cheap guitar, the all-maple neck with thick urethane sealant is it.

Consider the all-maple neck to be extra "added insurance" to give a cheap guitar the best chance of lasting longer, so to speak.

Sealed tuners with adjustable tension screw and attached with one nut

My preferred tuner is the older slotted style, but I totally admit one of the easiest to deal with is the sealed type with an adjuster tension screw on top, and tightened to the headstock via one big nut.

The Squier Affinity Telecaster has these, as does my Squier Bullet Telecaster. They are, said very honestly, a joy to deal with compared to other tuner types. Easy to adjust and easy to remove from the headstock for cleaning. They also hold tune just fine and work without complaint.

Without question, the best part about these tuners is being able to remove them just by loosening one nut. No tiny screws to deal with. It's the easiest of the easy whenever you feel like cleaning the entire neck including the headstock area.

Are these the longest lasting tuners on cheap guitars? Typically, yes. They're sealed, and that prevents gunk from getting in the tuner gears. The only thing that can really make a sealed tuner fail is not using it for extended periods of time.

Some cheap guitars like the Epiphone Les Paul Special II...

...have "open coil" pickups. These are pickups that are uncovered on the sides where you can see the coils and the ribbon holding them in place.

Yes, it looks cool and I don't deny that. But it also makes it really easy for dirt and gunk to get in there over time.

...has covered pickups. This doesn't mean the guitar is any better or worse, sound-wise. But it does mean it's easier to clean and maintain since the covers prevent dirt, gunk or whatever from getting inside the pickups.

The best thing you can have to make cheap guitars work better? 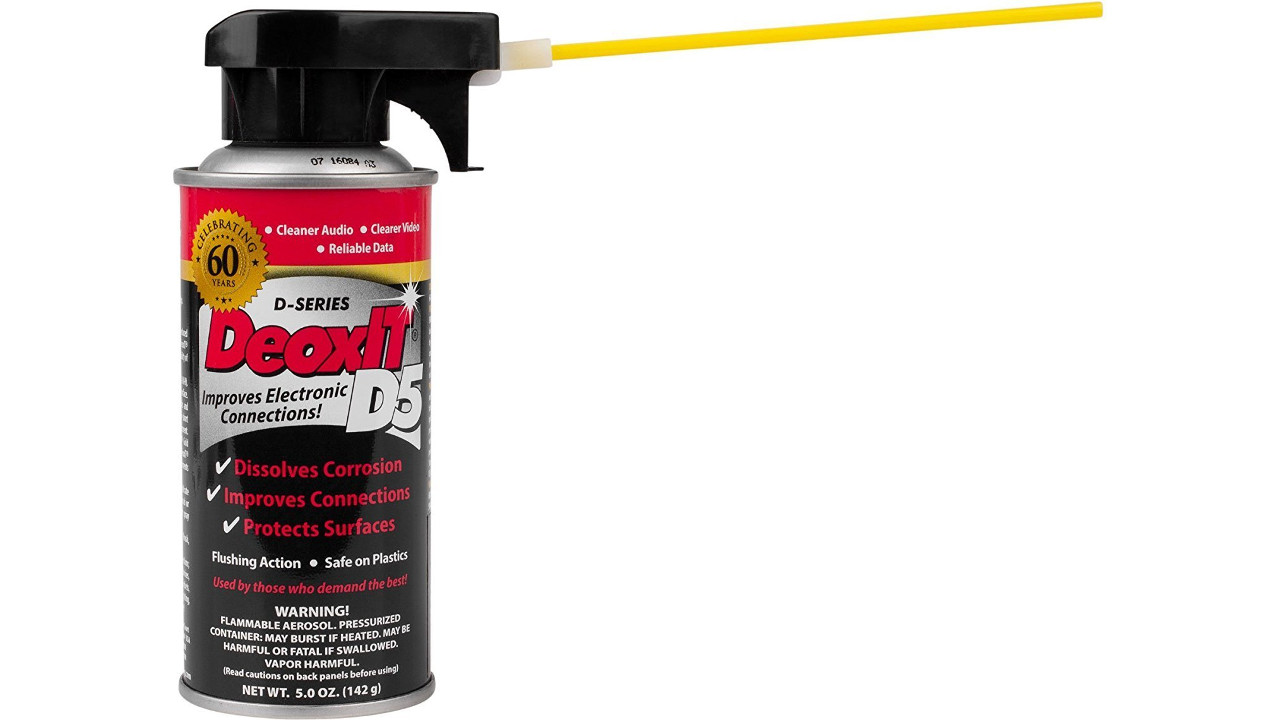 DeoxIT D5 (I highly recommend getting one with the straw as seen above) is a small miracle for guitar electronics; this is especially true for cheap guitars.

On cheap guitars, it's usually the electronics where you will find the most cost cutting. Tiny potentiometers, really thin wiring, cheap switchgear and so on.

A very light spray of DeoxIT D5 on all pots and solder points truly does help a cheap guitar last longer because it does what it says on the can. Dissolves corrosion and improves connections.

Better than WD-40? For guitar electronics, absolutely. WD-40 is a lubricant and doesn't exactly dry quickly. DeoxIT D5 on the other hand is specifically formulated for electronics, dries fast, truly does help to keep the gunk and corrosion away and is altogether better.

This is great stuff for fixing and outright preventing scratchy pots and pickup selector switches. And since it's plastic-safe, it doesn't damage pick guards or other plastic parts on the guitar.

Yes, you will spend more for DeoxIT D5. It's worth it. Better to spend the money on a can of this and using it rather than having to rewire/resolder/replace electronics in your guitar over and over again.