Not all gold is good 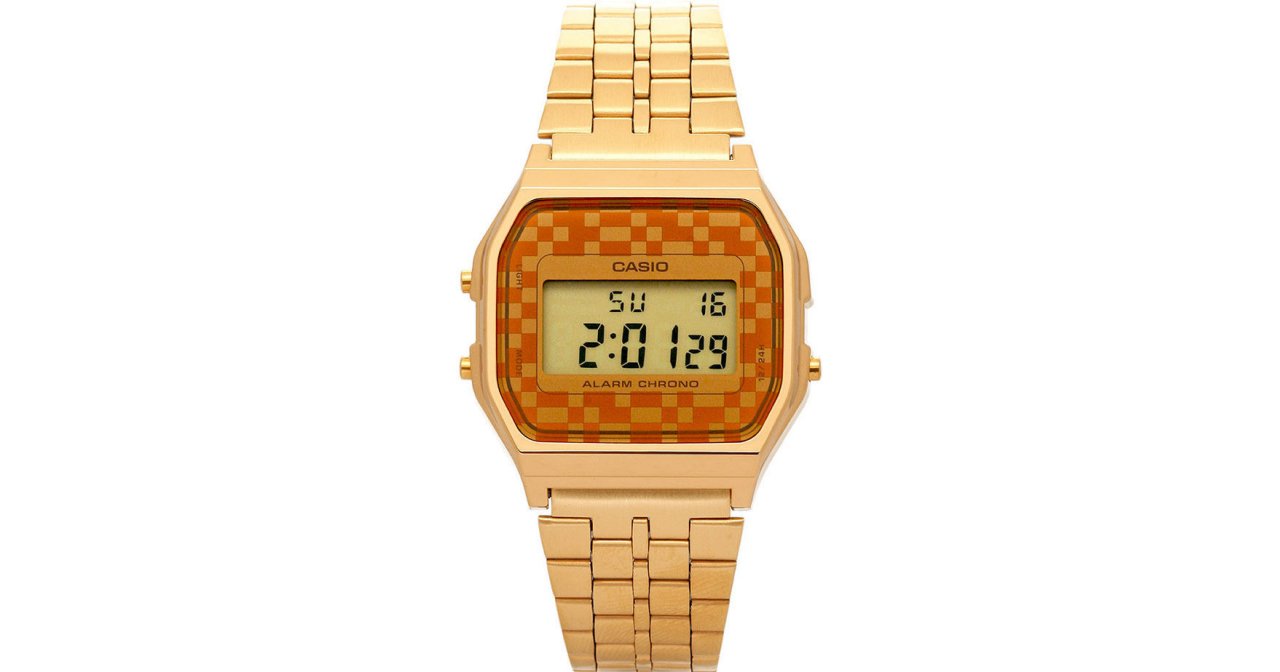 Sometimes gold is tacky and good, while other times it's just plain tacky.

I said before that gold works with a watch. True? Yes. It's tacky but catches the eye when done right.

This is the quick story of gold done wrong.

Above is a watch I very briefly owned, the Casio A159WGEA-9. It's basically a slightly-larger A158 (I own the gold tone dial version of it.)

I returned the watch originally because I found scuff marks on the bracelet right out of the box. This was actually a blessing, because the particular style seen here just doesn't work for me.

The checkerboard pattern on the dial is unique and different, but what I was hoping for is that the darker squares would be more of a brown than an orange in person. That didn't happen. The darker squares are decidedly orange. Also, this is one of those models where Casio purposely used a yellowed LCD panel instead of light gray, which I don't like.

The gold was standard Casio fare for a digital, but that dial and yellowed LCD panel just wrecked the look of this one.

Why did I originally want the A159 in gold?

When you don an A159, you have exclusivity through obscurity. You can't just to go Walmart and pick one of these up. Getting that kind of exclusivity in a very reliable timepiece is just plain cool.

Unfortunately, this one didn't cut the mustard because of a few scuffs. But again, that was a blessing in disguise because even though this is gold with exclusivity to it, it steps over the line from tacky good to tacky bad.

However, if you don't mind the look of this one, grab it. Instant exclusivity for cheap. It didn't work for me, but might work for you.