All sunroofs suck (and so do convertibles) 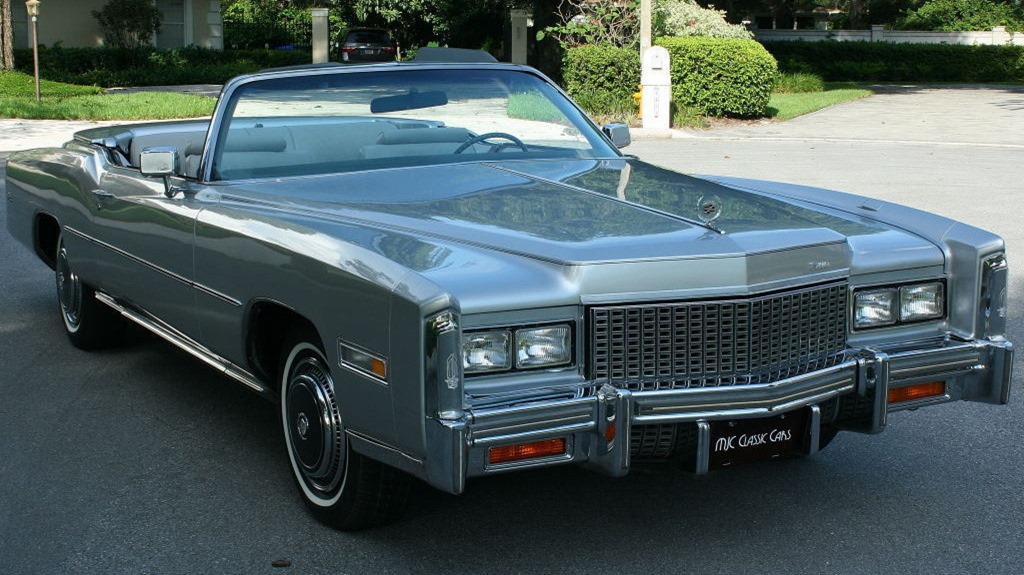 General Motors actually had the right idea in the mid-1970s. Too bad the idea didn't last.

While the idea of having a car with no roof is very romantic, the reality is that it's one of the worst cars you could ever own.

Rain will teach you very quickly why a convertible car sucks.

Interstates in Florida have overpasses you pass under just like other states. While driving under one of those during a hard rain, you're almost guaranteed to see two types of people parked under the overpass waiting for the rain to stop. Motorcyclists and convertible owners.

It's easy to understand why motorcyclists park and wait for the rain to stop. But as for the convertible owners, there's a different reason. It's not because the roof leaks because it probably doesn't. It's noise. A canvas roof isn't sound insulated at all, so every drop of rainwater that hits is much louder than it would be on a hardtop. The noise inside a convertible is so bad during a hard rain that it's literally deafening.

There are other reasons convertibles suck, but the fact you can't even drive the stupid thing in the rain without going deaf is just plain dumb.

The sunroof sucks even more

The sunroof is the most widely available and cheapest way to get an open-air option in a car's roof without having your auto insurance rates go up, hence the popularity.

Coupes and sedans with sunroofs won't leak as early as trucks and SUVs will, but their fate is just the same. At some point the seal will break and/or the tubes will clog and/or the tube connectors will fail.

Is it easy to repair a sunroof when it starts leaking? Nope. There is absolutely no way to repair one properly without literally taking the roof apart and having the entire sunroof reinstalled again. Once a sunroof starts leaking, you have 3 options. Deal with the leak, seal the roof RTV silicone so it never opens again, or sell the car.

There is no such thing as a quick fix for a leaking sunroof. Doesn't exist. Oh sure, there are tons of YouTube videos offering "quick" sunroof fixes. None of them work.

No. When GM stopped making convertibles after '76, people whined and complained about it loudly.

The whining got loud enough to where GM started having convertibles made again in the mid-'80s and has been making them ever since.

Anyone who has ever owned a convertible regardless of make, model or country of origin knows how terrible of a car it is. A ragtop is meant to be a weekender vehicle, as in something driven infrequently as best, never driven fast and always garaged. She's a fair weather cruiser that will spend most of her life taking up space in your garage that you could be using for other stuff, and that's just the way it is. You cannot use a convertible as a daily driver, and anyone who says they do is bold-faced lying.

Carmakers know how bad convertibles are and would love to stop building them forever. I honestly believe the only reason the convertible still exists is just to shut people up.

Sunroofs aren't even special anymore. Heck, it's available as an option on a Chevrolet Spark. Yes, the frickin' Spark has a sunroof option. The fact GM even offers a sunroof on a $13,000 commuter runabout car is just stupid. If you ever needed proof that a sunroof isn't a luxury option anymore, there you go.

The "joy" that awaits anyone who has a car or truck with a sunroof is a moldy interior. All sunroofs inevitably leak, and once the moisture gets in, the mold starts.

How to clean out the mold? Use Sporicidin solution to get rid of the fungus (which is what mold is), an ozone generator to sterilize the air, and then DampRid to eliminate as much moisture as possible.

But even when all the mold is cleaned out, none of it matters if your sunroof continues to leak because the mold will come right back.

Sunroofs need to go the way of the t-top

In the GM lineup, the t-top lasted all the way to 2002. The '02 Chevy Camaro and '02 Pontiac Firebird both had t-tops as options. After '02, t-tops disappeared. The same needs to happen to the sunroof. It needs to be phased out and not return.

Don't own a car with a sunroof. Ever. Just don't do it. Get a hardtop. You'll be glad you did.